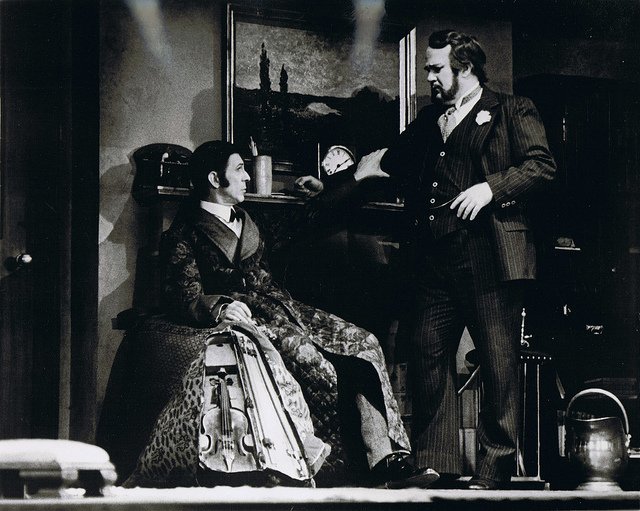 In 1976, Leonard Nimoy took the lead in a stage revival of William Gillette’s 19th century play “Sherlock Holmes.” That show was not recorded but he revived the portrayal for a short film made for Kentucky Educational Television. The Interior Motive (1976), produced as an episode of The Universe and I, is not listed on IMDb filmography but you can see it here.

In an interview with “Enterprise Incidents,” Nimoy made a comparison to his most famous role:

“He’s an asocial man, hardly your average 9-to-5 worker with a family. Instead, he’s chosen a very special kind of life, and he has very little respect for most of the people around him who are also involved in his profession. He’s an outsider, in so many ways — particularly in his relationships, with women. Holmes is very much an alien, all right, and I felt that I could understand him the same way I understood Spock.”

For more on the stage production, see this article on the website Beyond Spock.