Jessica Jones, the second series in the Netflix ‘Defenders’ universe of Marvel Comics characters, is still a couple of months away but the first trailer is now out. Krysten Ritter plays Jessica Jones, one of the lesser-known characters to the general public but a major player in the comic books since 2001, a person with one foot in the superhero world and one in the civilian world.

The new trailer isn’t going to make things any clearer to the general public–it’s long on atmosphere and short on specifics–but it should whet the appetites of anyone caught up in the dark, gritty, urban style and attitude of Daredevil. 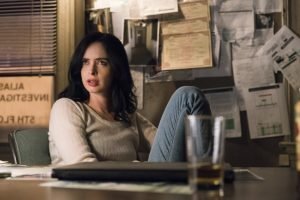 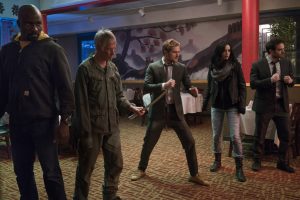