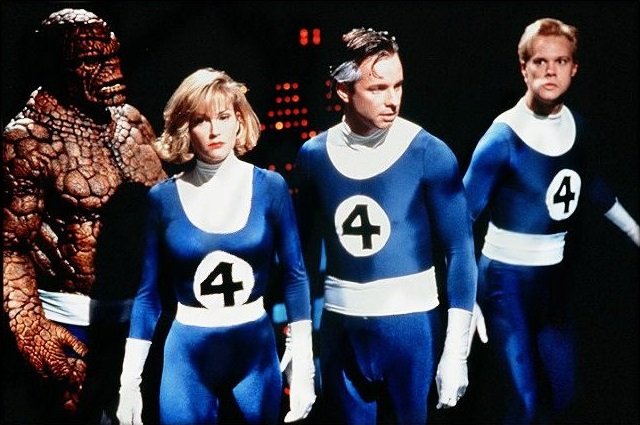 In 1994, Roger Corman was hired to produce a low-budget feature based on Marvel’s comic book “The Fantastic Four.” Never seen it? No surprise, it was never intended to be seen. The whole production was merely a legal exercise by the producer to keep hold of the rights to the property, though apparently nobody told that to director Oley Sassone, who took the whole enterprise seriously. Despite an absurdly low budget and primitive special effects, he made a surprisingly faithful film, complete with origin story and accurate costumes. Which is not to say it’s good, merely that it has its charms.

This version of The Fantastic Four was shelved indefinitely and remains officially unreleased. Bootlegs have been making the rounds for decades. There’s even a documentary about the whole fantastic business: Doomed: The Movie.

You can watch it in the screen below or go to Daily Motion and see it on their site. But hurry. We don’t know how long this will last.