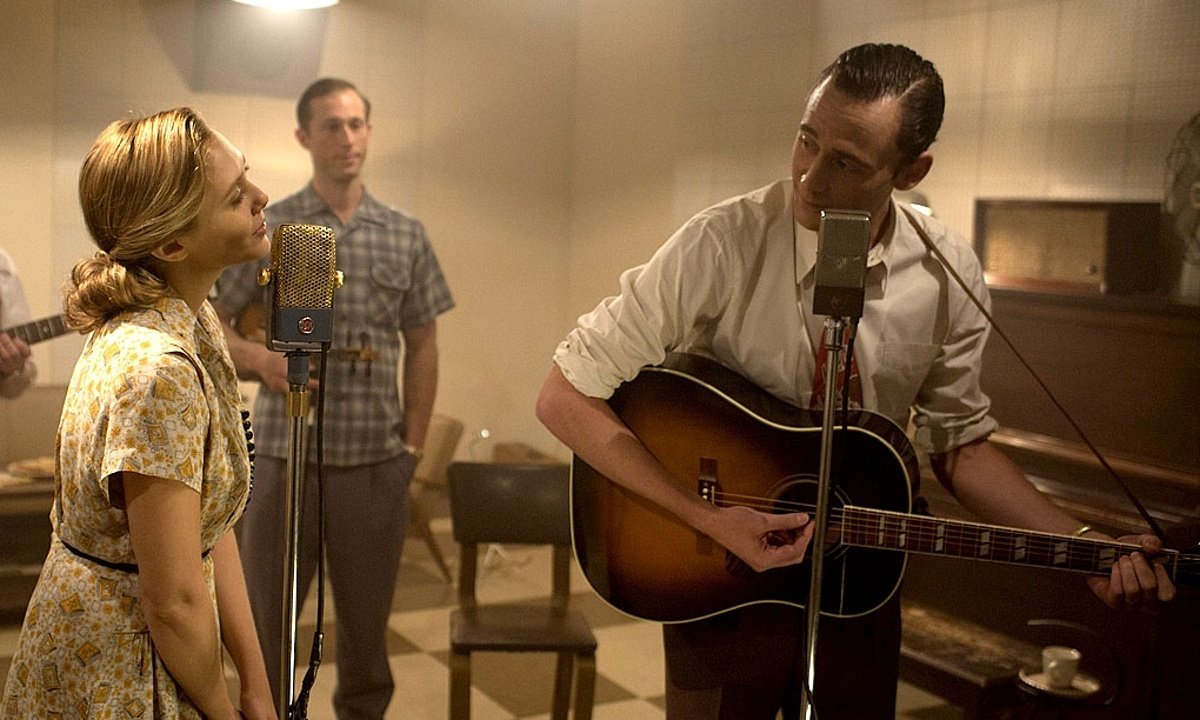 I Saw the Light stars Tom Hiddleston as country-western legend Hank Williams in the story of his rise to fame and spiral of self-destruction. Elizabeth Olsen and Bradley Whitford co-star. R. Also on DVD and Blu-ray and at Redbox.

Brad Pitt and Angelina Jolie Pitt are a married couple in crisis in By the Sea, a contemplative drama written and directed by Jolie Pitt. R. Also on DVD and Blu-ray.

Boy and the World (2015), a nearly wordless animated odyssey from Brazil, was an Oscar nominee in the Animated Feature category. PG. Also on DVD and Blu-ray.

Also new: the Mexican crime cartel drama 600 Miles with Tim Roth (R, in English and Spanish with subtitles) and the documentary Mad Tiger about the performance art-punk band Peelander-Z (not rated).

The Big Short is the funniest film you’ll ever see about the economic crash of the last decade. Which is also its secret weapon: it uses humor to guide audiences through the complex (yet avoidable) factors behind the mortgage bubble. It’s based on the book by Michael Lewis and it took home the Oscar for Adapted Screenplay. Christian Bale, Steve Carell, Brad Pitt, and Ryan Gosling star. R. Reviewed on Stream On Demand here.

The first two season of the Showtime original series Penny Dreadful (2014-2015), which stirs the characters of iconic 19th century British horror novels into a shadowy Victorian London of dark magic, is a rich reimaging of gothic horrors. Not rated but features explicit material.

The indie thriller The Invitation (2015), directed by Karyn Kusama, premiered at the SWSX Film Festival and arrives on Netflix before disc. Not rated.

For young kids there is the animated Word Party: Season 1 from the Jim Henson Studios.

Hannibal: Season 3 (2015) stars Mads Mikkelson as Hannibal Lecter and Hugh Dancy as Will Graham in small screen adaptations of Thomas Harris’s novels “Hannibal” and “Red Dragon.” It’s the final season of this unlikely network TV crime series, a work of visual beauty in service to stories of gruesome violence, more European art movie than American crime procedural, and completes the series, which you can now stream in its entirety. Reviewed on Stream On Demand here.

Fittingly for the political season, The Candidate (1972) with Robert Redford (PG), The American President (1995) with Michael Douglas and Annette Bening (PG-13), and Good Night and Good Luck (1995), directed by George Clooney and starring David Straithairn as Edward R. Murrow (PG) are new this week.

Suits: Season 5 is available a week before Season 6 begins on USA, and it leads up to a real corker of a climax. 16 episodes.

Terminator Genisys (2015) brings Arnold Schwarzenegger back to the heavy metal science fiction franchise and co-stars Emilia Clarke (the Khaleesi from Game of Thrones) as Sarah Connor. PG-13, also on Hulu

Gael Garcia Bernal and Alice Braga star in Ardor (2014), a contemporary western set in the jungles of Argentina. R, subtitled.

Carey Mulligan and Helena Bonham Carter star in Suffragette (2015), about the often violent struggle for women’s voting rights in Britain in the early 20th century. It’s interesting history— they became radicalized, turning to vandalism and acts of civil disobedience after 50 years of peaceful activism, and were treated like a terrorist organization by the government, which unleashed a campaign of intimidation and violence that recalls the American Civil Rights struggle of the 1960s—but filmmaker Sarah Gavron and screenwriter Abi Morgan fail to make compelling drama from the history lesson. Ben Whishaw, Romola Garai, and Anne-Marie Duff co-star, Brendan Gleeson is quietly commanding as a police inspector sent to put down the movement with similar tactics used against the IRA, and Meryl Streep gets prime billing for a few minutes of screen time as the firebrand movement leader Emmeline Pankhurst. PG-13.

Southpaw (2015) rolls all of the “Rocky” movies into a single film with Jake Gyllenhaal as a hot-headed boxer, Rachel McAdams as the wife that grounds him, and Forest Whitaker as the philosophical trainer who rebuilds him after a tragic fall. There’s not a cliché left untouched but Gyllenhaal is all passion in the role. R.