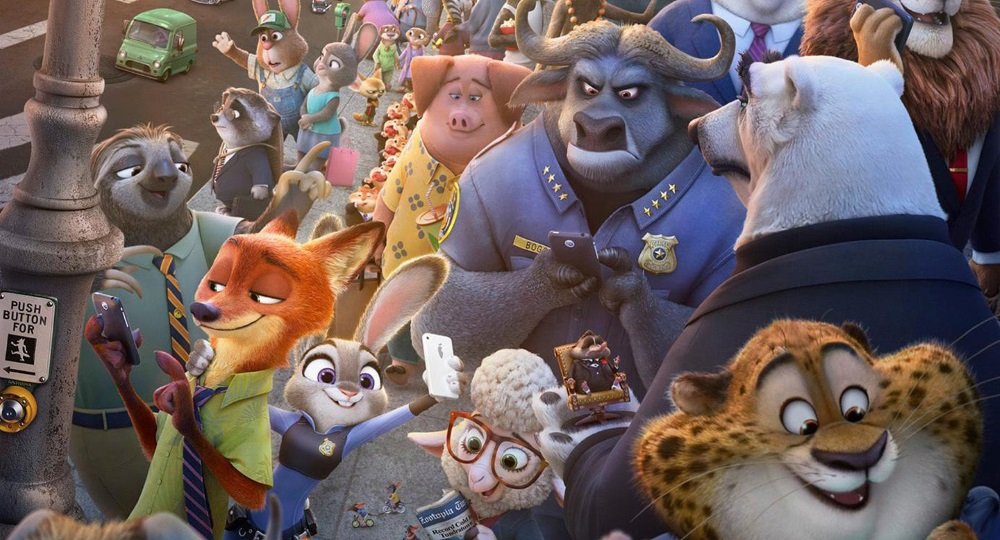 Remember Muhammad Ali with the documentaries I Am Ali (2014, PG) and 30 for 30: Muhammad and Larry (2009, not rated) on Netflix and A.K.A. Cassius Clay (1970) on Amazon Prime (PG), plus The Trials of Muhammad Ali (2013, not rated) on both Netflix and Amazon Prime. If you are willing to spring for VOD, however, I recommend Facing Ali (2009) featuring interviews with ten of his greatest opponents (R), on VOD on Amazon Video and iTunes.

Zootopia, Disney’s animated comedy about a bunny cop (voiced by Ginnifer Goodwin) and a conniving fox partner (Jason Bateman) hopped its way to becoming one of the biggest hits of 2016. It’s a family friendly PG and filled with talking animals, beastly puns, and life lessons on living in harmony. Also on DVD and Blu-ray and at Redbox.

Also new: the true-life military drama 13 Hours: The Secret Soldiers of Benghazi from Michael Bay (R); the romantic drama Touched With Fire starring Katie Holmes and Luke Kirby as bipolar patients (R); the indie dramas Take Me to the River with Logan Miller and Robin Weigert (not rated) and The Automatic Hate with Joseph Cross and Adelaide Clemens (not rated); the SyFy Channel zombie western Dead 7 with pop stars Nick Carter and Joey Fatone (not rated); and A War from Denmark (R, with subtitles).

Available same day as select theaters nationwide is Cell, a Stephen King adaptation with John Cusack and Samuel L. Jackson and the thrillers Blackway with Anthony Hopkins and Julia Stiles and Careful What You Wish For with Nick Jonas and Isabel Lucas, all rated R. Also new: the comedy Puerto Ricans in Paris with Luis Guzman and Rosario Dawson (R); the western Traded with Kris Kristofferson and Trace Adkins (not rated); and the comedy Len and Company with Rhys Ifans and Juno Temple (not rated).

James Franco is a writer in emotional crisis in Every Thing Will Be Fine (2015), directed by Wim Wenders (“Wings of Desire”) and co-starring Charlotte Gainsbourg and Rachel McAdams. Not rated.

Glassland (2014), a drama about the world of human trafficking from Ireland, stars Jack Reynor, Toni Collette, and Will Poulter. Not rated.

The documentary Raiders! The Story of the Greatest Fan Film Ever Made (2016) fills in the details of the legendary true story of three schoolboys who spent eight years remaking “Raiders of the Lost Ark” on a camcorder. You can’t see their film—what 12-year-old thinks to get clearances?—but there are clips and, even better, outtakes from their audacious project. Not rated. Read my interview with two of the (now grown) kids at Keyframe.

Love & Mercy (2015), stars Paul Dano and John Cusack as Brian Wilson (young and middle-aged, respectively) in the story of the Beach Boy songwriter’s creative life and his spiral into crippling depression. A touching true-life drama with a superb Elizabeth Banks as the film’s hero. PG-13. Also on Hulu. Reviewed on Stream On Demand here.

For the kids, there’s Lego Ninjago: Season 1 with interlocking ninjas.

Matt Damon won a Golden Globe award as an American botanist left behind on a Mars mission in The Martian (2015), a smart, sturdy science fiction drama built on actual science. PG-13. Reviewed on Stream On Demand here.

Helen Mirren stars in Woman in Gold (2015), inspired by the true story of a holocaust survivor who fought the Austrian government to recover a work of art that looted by the Nazis and ended up in a national museum. Ryan Reynolds, Daniel Brühl, and Katie Holmes co-star. PG-13.