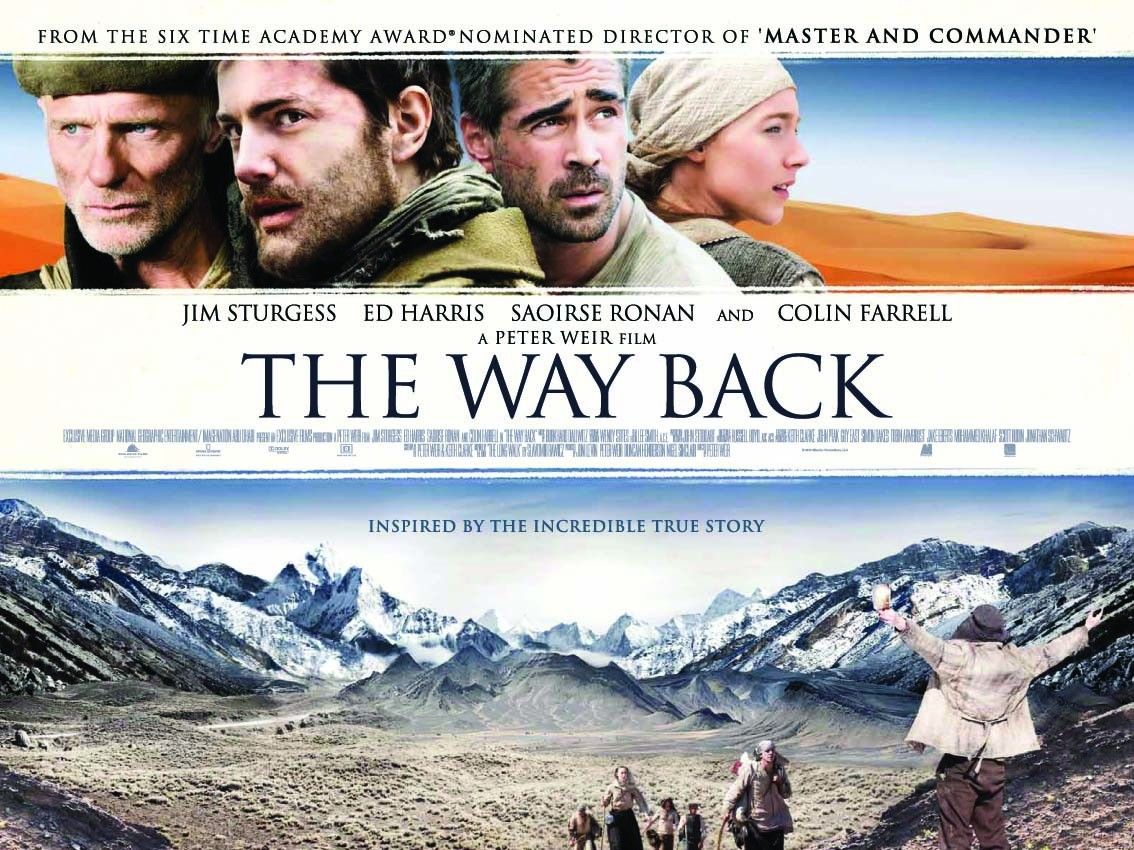 The Way Back (2010), filmmaker Peter Weir’s first film since Master and Commander: The Far Side of the World in 2003, is a protean survival drama with a human grounding.

The film was barely seen in theaters, receiving a belated, haphazard release after studio delays and critical neglect. Even with a cast headed by Ed Harris and Jim Sturgess and featuring Colin Farrell and then-rising star Saoirse Ronan (now an Oscar-nominated actress for Brooklyn), this magnificent drama of an escape from a Siberian gulag and the epic odyssey across Russia and Northern China was ignored in favor of big-budget fantasies and more traditional Oscar bait releases over the holiday season.

The often flinty David Thomson championed this film just as it seemed to be slipping out of sight without even a release. Writing in The New Republic, he penned an article with the provocative title “Why is the best film of 2010 so wildly underappreciated?” and tried to rouse his readers. “The Way Back can be called old-fashioned, not just because it is set in the 1940s, but because it draws on a humanism and a thrill at spectacle that were more common then,” he wrote. “I am urging you to get to this film and let its power work.”

It’s based on a book that was presented as a true story and while the veracity of the claim has been undercut since publication, it is a mesmerizing story and it’s well told by Weir, especially when the characters are not speaking, or at least not speaking about their pasts. And it looks magnificent. National Geographic co-produced the film—their first fiction film, to the best of my knowledge—but this is no natural history study of beautifully photographed landscapes. Weir is marvelously attuned to the natural world but keeps the focus on the human story while acknowledging the power of the natural world, not hostile so much as inhospitable to our pilgrims, and nowhere as cruel as the human hell of the labor camps.

Also on DVD and Blu-ray
The Way Back [DVD]

The Way Back [Blu-ray]