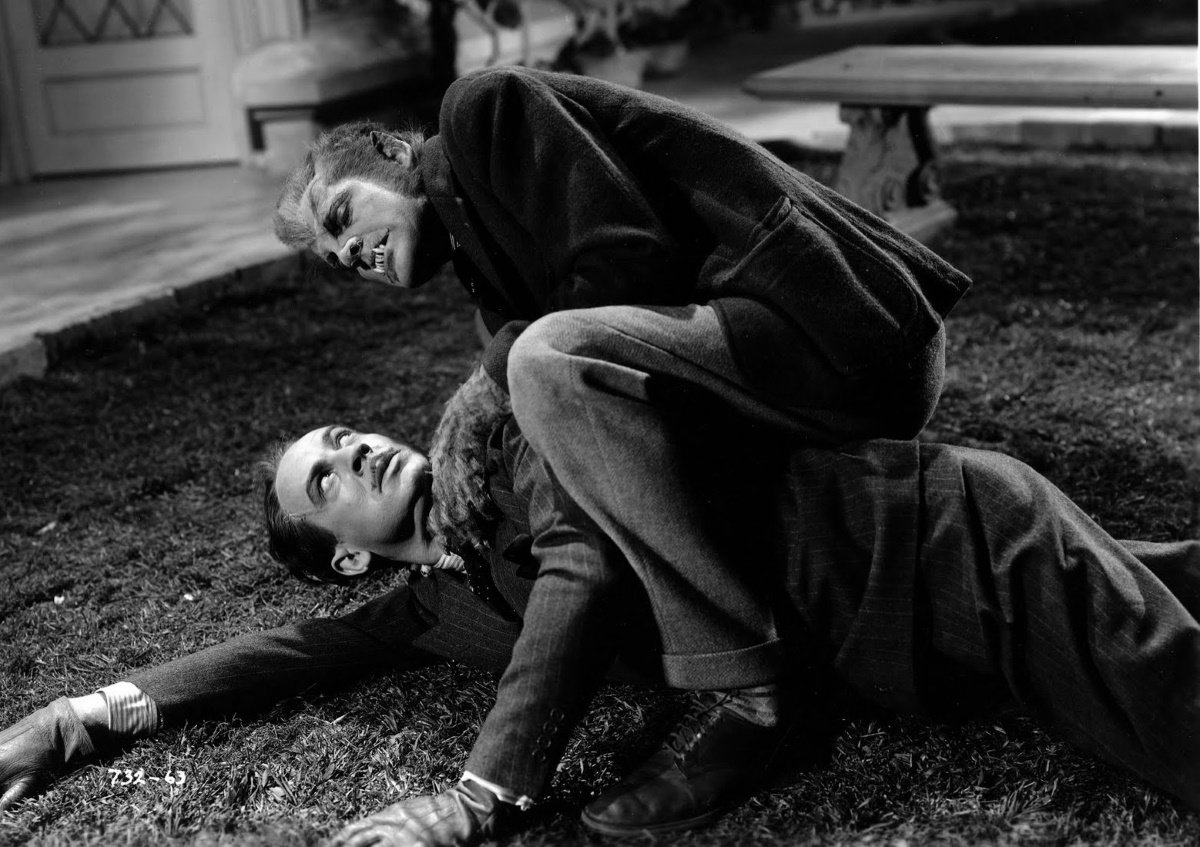 Werewolf of London (1935), the first werewolf film from the studio that made Dracula and Frankenstein into cinema sensations, falls in the shadow of the later 1941 hit The Wolf Man. You might say it’s a different animal as this version carries none of the now familiar trappings of the wolf man legend: no wolfsbane, no silver bullets, no gypsy curse.

Dr. Wilfrid Glendon (Henry Hull) is a London botanist whose search for a rare flower brings him to a “cursed” valley in Tibet, where is mauled in the moonlight by a wolf-like creature. Back in London he meets the mysterious Dr. Yogami (a marvelously melancholy performance by Warner Oland) who explains they met one before “in Tibet… in the dark” before asking for a flower from his botanical find, the only antidote for his curse. Glendon scoffs at his stories of werewolves – until he transforms into a hirsute killer under the effect of the full moon.

Leaner and edgier than the famous 1941 Lon Chaney classic, Werewolf of London stumbles with the corny Scotland Yard investigation of the murder spree and gets sidetracked in the bizarre bickering of two old drunken cronies.

But it takes flight in wonderfully imaginative and eerie scenes and striking action sequences, while a Jekyll and Hyde dynamic turns a jealous squabble between Glendon and his young wife Lisa (Valerie Hobson) into the tragic twist of the curse: “The werewolf instinctively kills the thing it loves best.”