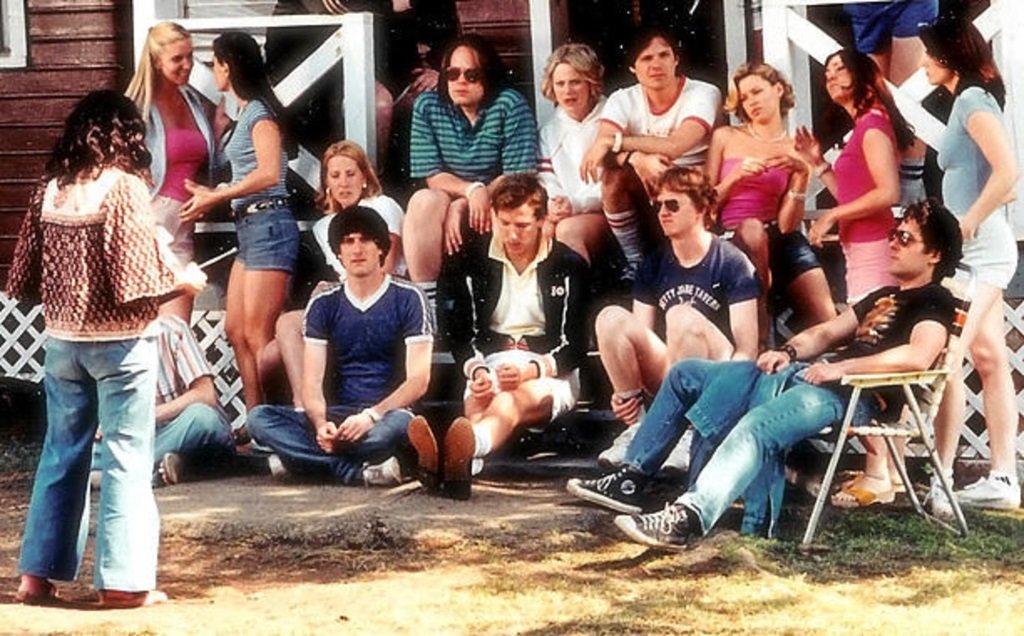 Wet Hot American Summer (2001) has lived longer than anyone would have predicted while watching it in 2001. The self-aware summer camp spoof/nostalgia lampoon spawned a prequel and a sequel series for Netflix that play out in the same cheeky, silly, self-aware manner of adult actors playing at being teenagers. It feels as much an improv comedy game with old friends from the club circuit as it does a scripted movie.

It packs a summer’s worth of activities into the last day of camp—everything from the “catch the flag” competition and big talent show to a raft full of kids heading helplessly for the falls and a piece of space debris heading smack dab for the camp—all to a running countdown. The film is at its best with the deadpan readings and long stares of Janeane Garofalo and the klutzy shyness of David Hyde Pierce (not to mention the sheer weirdness of camp cook Christopher Meloni, a Vietnam vet with a thing for kitchen appliances), but even when the ideas are inspired the execution resembles an off-episode of Saturday Night Live.

Director David Wain and co-writer/co-star Michael Showalter, co-stars and collaborators from the MTV sketch comedy series The State, obviously love the innocent summer camp comedies they riff on in this goofy feel-good spoof. The coliseum rock soundtrack, passionate French kissing around every corner, girls in bikinis and tight T-shirts, and fashion statements right out of Dazed and Confused capture the look and feel of a 1981 drive-in feature, right down to the lazy, laid-back pace and amusing sense of comic absurdity that doesn’t quite take off. It’s hit or miss, to be fair, but it’s awfully fun when it hits.