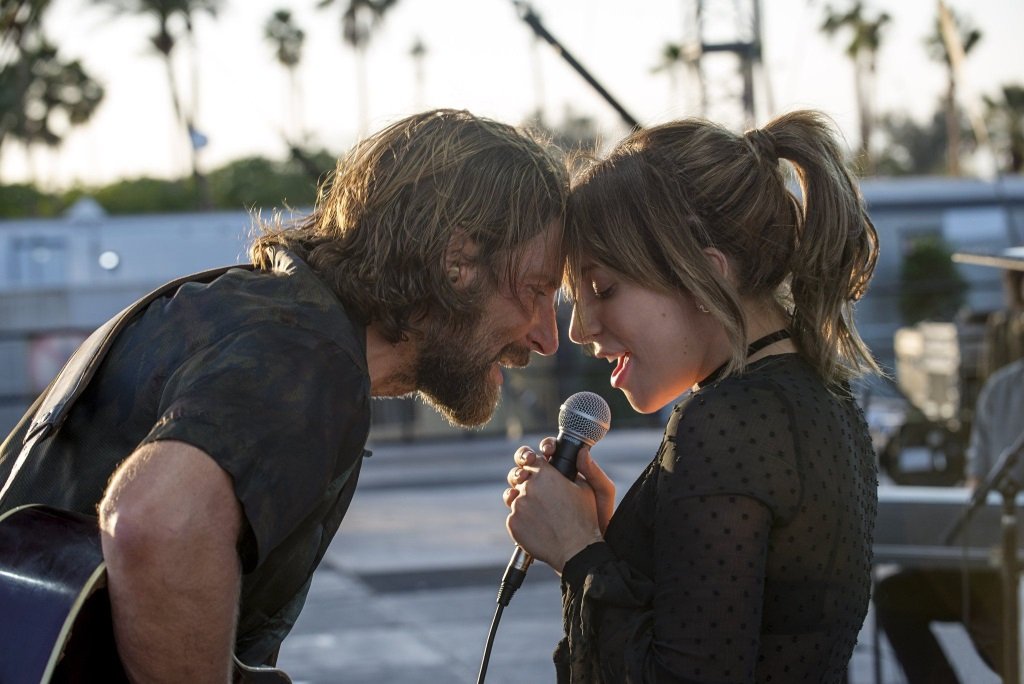 A Star Is Born (2018, R), Bradley Cooper’s latest remake of the Hollywood classic with Lady Gaga in the starring role, earned eight Academy Award nominations. You can catch up with the film before the Oscars are handed out on Sunday, along with Can You Ever Forgive Me? (2018, R) featuring Oscar nominees Melissa McCarthy and Richard E. Grant, on Cable On Demand and VOD. Also on DVD and at Redbox.

Foreign language film nominee Shoplifters (2018, Japan, R, with subtitles), which took home the top prize at the Cannes Film Festival last year, is on Cable On Demand, VOD, and DVD.

You can find out how to stream more Oscar nominees here.

Ray Romano and Mark Duplass play neighbors and best friends in Paddleton (2019, not rated), a low-key comedy with a dramatic gut-punch: one of them is dying of cancer and the two reminisce and argue on a road trip to pick up end-of-life drugs. The film “builds to a duet as harrowing and tender and moving as anyone could desire, or fear, or both,” writes Mike D’Angelo for AV Club.

The film, co-written and produced by Mark and Jay Duplass, comes to Netflix direct from its premiere at Sundance.

Actor and former member of President Obama’s White House team Kal Penn hosts This Giant Beast That is the Global Economy, an eight-part documentary series from producers Adam McKay and Will Ferrell that uses humor to explore the complexities of the world economy. “Its attempts to clarify certain undeniably important aspects of life under the present economic system are well-meant, worthy in theory, and likely to appeal to that sizable portion of the audience that’s grown accustomed to the lecturing streak that’s eaten up topical comedy on TV,” observes Daniel D’Addario for Variety. “But for all its flair, the series, like its giant, beastly, title, expends more energy speaking than it does finding something to say.”

Available same day as select theaters nationwide is thriller The Changeover (2019, not rated), based on the award-winning children’s novel by Margaret Mahy and starring Timothy Spall, Melanie Lynksey, and Lucy Lawless, and racing drama Trading Paint (2019, R) with John Travolta.

The Photographer of Mauthausen (2018, Spain, not rated, with subtitles) dramatizes the true story of Catalan photographer Francesc Boix, who documented and smuggled evidence of atrocities out of a Nazi concentration camp in World War II.

True stories: Studio 54 (2018, not rated) looks back on the iconic club that epitomized the glamor and excess of the disco era and Period. End of Sentence. (not rated, with subtitles) is nominated in the documentary short subjects category at this year’s Oscars.

Hilary Swank and Michael Shannon star in the drama What They Had (2018, R), playing siblings with an ailing mother (Blythe Danner) and a father (Robert Forster) resistant to letting her go to a care facility.

Two of the best crime dramas of the 1980s are now streaming in their entirety. Wiseguy: Complete Series (1987-1990), starring Ken Wahl as a deep-cover cop, pioneered the long-form storytelling now familiar on cable TV with multi-episode stories featuring such actors as Stanley Tucci, Kevin Spacey, Maximilian Schell, and (in a rare dramatic role) Jerry Lewis. Crime Story: Complete Series (1986-1988), produced by Michael Mann, is a stylish series starring Denis Farina as the head of a squad taking on organized crime in Chicago and Las Vegas.

Foreign affairs: Jiri Menzel’s Oscar-nominated comedy My Sweet Little Village (Czechoslovakia, 1985, not rated, with subtitles) is still considered the most popular film of all time in the former Czechoslovakia.

Also newly arrived: John Travolta and Gene Hackman in Get Shorty (1995, R), based on the Elmore Leonard novel;

Cult movies: Uwe Boll, who made a reputation as one of the worst directors busy making movies today for his cheap videogame adaptations, pushed to the limits of bad taste with Postal (2007, R), a truly offensive take on the first person shooter bloodfest. Also newly arrived:

Last Week Tonight with John Oliver is back with new episodes on HBO Sunday nights and streaming the next day.

Jo Joyner and Mark Benton are Shakespeare and Hathaway: Private Investigators in the first season of the comic mystery series set in modern Stratford-Upon-Avon.