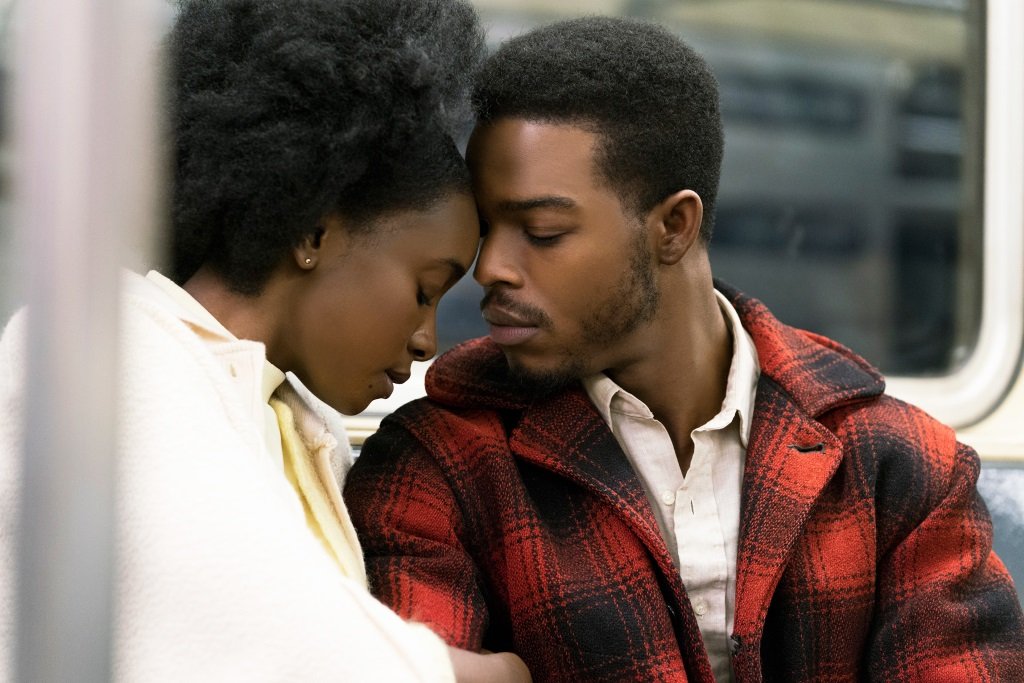 If Beale Street Could Talk (2018, R), Barry Jenkins’ follow-up to his Oscar-winning “Moonlight,” is the touching and powerful drama of a young African-American couple (KiKi Layne and Stephan James) in 1970s Harlem based on the novel by James Baldwin. It won an Oscar for actress Regina King and should have been nominated for best picture. It debuts on Hulu as well as Cable On Demand and VOD. Also on DVD and at Redbox.

Kevin Costner and Woody Harrelson star as the former Texas Rangers brought out of retirement to hunt for Bonnie and Clyde in The Highwaymen (2019, not rated), a crime drama based on a true story. Director John Lee Hancock (“The Blind Side”) challenges the romantic rebel chic of the Depression-era gangsters in the movies with old-fashioned legwork by grumpy old men. It comes to Netflix two weeks after a limited release in theaters.

Hanna expands on the 2011 thriller, casting Esme Creed-Miles in the role of the girl trained from childhood to become a killing machine and sent on the run when a rogue CIA team comes after her. Joel Kinnaman and Mireille Enos costar in first season of the Prime Original series, which was shot on location all over Europe. Eight episodes streaming on Amazon Prime Video.

From England comes Traitors: Season 1, a new spy thriller starring Emma Appleton as a conservative Civil Servant drafted by the Americans to spy on her government for evidence of Soviet infiltration at the end of World War II. Michael Stuhlbarg and Keeley Hawes costar. Now streaming on Netflix.

Cult pick: Farscape: Complete Series (1999-2004), the first signature show of the Sci-Fi Channel (before they rebranded as SyFy) brought space opera and pulp adventure together in a wildly entertaining and visually inventive series. It was the most imaginative and unpredictable science fiction show on TV in its day. On Amazon Prime Video, reviewed on Stream On Demand here.

The new streaming service OVID.tv, created by a collective of eight independent distributors, offers a small but fascinating collection of new and classic documentaries and arthouse movies, including works by French filmmakers Chantal Akerman and Chris Marker and Japanese directors Shohei Imamura and Kiyoshi Kurosawa. It’s $6.99 a month, or $69.99 a year, and you can sample it with a 7-day free trial.

Jason Momoa is Aquaman (2018, PG-13) in the fantastical superhero epic about the prince of Atlantis who must reclaim his birthright to stop a war between the undersea kingdom and the human race. Plus there’s an octopus that plays the drums. Also on DVD and at Redbox. Also new:

Available same day as select theaters nationwide is Sobibor (2018, Russia, not rated, with subtitles), a drama about the only successful revolt and escape from a Nazi death camp in World War II.

Drew Barrymore and Timothy Olyphant return in Santa Clarita Diet: Season 3, a comedy of zombies and cannibalism in suburbia.

Tucker and Dale vs. Evil (2010, R) stars Alan Tudyk and Tyler Labine in one of the funniest—and goriest—horror movie spoofs around. Reviewed on Stream On Demand here.

Not be confused with FX show of the same name, Legion (2010, R) stars Paul Bettany as Archangel Michael, who battles the angel warriors of heaven to save a truck stop waitress (Adrien Palicki) pregnant with the next messiah.

Foreign language TV: Osmosis: Season 1 (France, with subtitles) is a science fiction series about a near-future where a high-tech brain implant taps into social media to help users find their soul mates.

True stories: The Legend of Cocaine Island (originally titled White Tide: The Legend of Culebra) (2018, not rated) looks at the real-life treasure hunt for a fortune in cocaine buried on a small island off of Puerto Rico, using dramatic recreations between interviews. Also new:

Trouble is My Business (2018, not rated) is a tribute to the private detective mysteries of the 1940s directed with a knowing, slightly tongue in cheek sensibility that walks a fine line between pastiche and parody. Also new:

Cult: Hercules in New York (1969, G) is by no means a good film but the low-budget comedy presents Arnold Schwarzenegger in his feature debut (with his voice dubbed) as the title character.

Monsters and Men (2018, R) is an urban crime drama with John David Washington that takes on racial profiling.

The documentary A Cam Life (2018, not rated) and the MTV reality series Catfish: Season 7 offer different takes on the collision of social media and modern romance.

The documentary One Nation Under Stress (2019, TV-14) features Sanjay Gupta investigating the startling decline for life expectancy in the U.S.

Available Saturday night is the musical sequel Mamma Mia! Here We Go Again (2018, PG-13) and on Sunday night the seventh and final season of Veep debuts along with the second season of Barry.

The nonfiction series Action: Season 1 follows professional gamblers, bookies, and oddsmakers throughout the 2018 NFL season in the wake of the Supreme Court decision to lift a ban on sports betting. New episodes every Sunday.

The eight-part documentary series Soundbreaking: Stories from the Cutting Edge of Recorded Music looks at the impact of popular music on our lives. Legendary Beatles producer Sir George Martin is an executive producer. 8 episodes streaming on Acorn.

Also new is the Swedish crime thriller The Truth Will Out(Sweden, with subtitles), which pits a cold case team of misfit officers against a serial killer. 8 episodes on Acorn.

Peter Capaldi stars in the brilliant, BAFTA-winning British political satire The Thick of It, created by Armando Iannucci (who drew on the show for his Emmy-winning HBO satire Veep). Now streaming on BritBox, along with the dramedy reboot Cold Feet – The New Years: Season 3.

Elsie Fisher delivers a heartbreakingly vulnerable performance as an awkward, introverted teenage girl enduring the final week of Eighth Grade (2018, R). The directorial debut comedian Bo Burham is an insightful and sensitive comic drama that explores the anxieties of growing up in the social media age with humor and hope. Be warned that it’s R-rated.

Hereditary (2018, R) spins a family psychodrama of grief and guilt into an eerie horror film with supernatural overtones. Toni Collette and Gabriel Byrne star in the sleeper hit of the summer, a rare thriller that favors mood and unease over shock value.