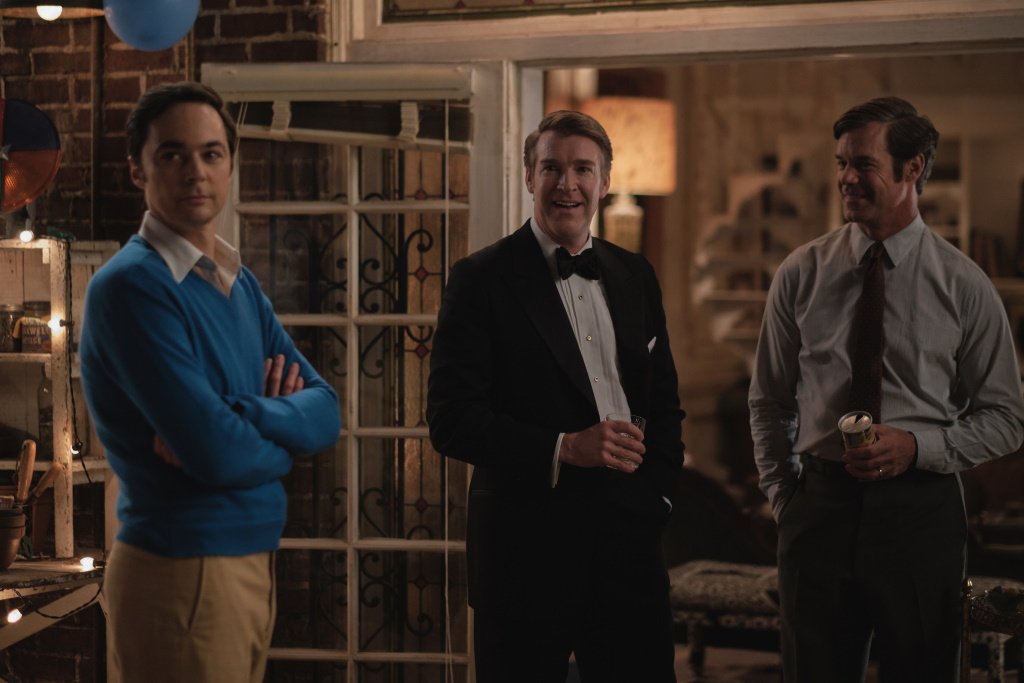 Jim Parsons, Zachary Quinto, and Matt Bomer star in “The Boys in the Band” (2020, R), a new revival of the groundbreaking 1968 play about the lives of gay friends in the era before Stonewall, AIDS, and acceptance. Joe Mantello, who directed the Broadway revival, brings it to the screen with his stage ensemble, and Ryan Murphy produces. (Netflix)

The true crime documentary “The Wilderness of Error” (TV-MA) reexamines the case of Jeffrey MacDonald, a Green Beret physician convicted in 1979 of murdering his family. It’s directed by Marc Smerling, writer and producer of “Jinx,” and based on the book by documentary filmmaker Errol Morris, who also appears in the series. The first three episodes of the limited series available, the final two episodes arrive Saturday. (Hulu)

“Monsterland: Season 1” (not rated), based on stories of Nathan Ballingrud, is a horror anthology featuring people across the country confronting werewolves, fallen angels, mermaids, and other fantastical creatures. (Hulu)

With the Fall TV season delayed, why not check out a some of last year’s shows making their streaming debuts: the final season of the Emmy-nominated comedy “The Good Place” (2019-2020, TV-14) with Kristen Bell and Ted Danson and the second act sitcom “The Unicorn: Season 1” (2019-2020, TV-PG) with Walton Goggins as a father and widower ready start dating again. (Netflix)

Classic pick: William Powell and Myrna Loy sparkle in “The Thin Man” (1934) as the playfully-in-love couple solving a murder between cocktails. (HBO Max)

Lily Collins stars as a young American woman who gets her dream job in “Emily in Paris: Season 1” (not rated), a romantic comedy from “Sex and the City” creator Darren Star.

International passport: “Oktoberfest – Beer & Blood: Season 1” (Germany, not rated, with subtitles) is a dark drama about the scheming, betrayal, and murder behind the birth of the world famous beer festival in Berlin. Also new:

Road to Halloween: teen horror comedy “Vampires vs. the Bronx” (2020, not rated) and “The Binding” (Italy, 2020, not rated, with subtitles), about a mother fighting a curse on her child, debut along with “We Have Always Lived in the Castle” (2018, not rated), a Gothic horror with Taissa Farmiga and Crispin Glove,  based on the Shirley Jackson novel

Kid stuff: the little ones can get in the Halloween spirit with “A Go! Go! Cory Carson Halloween” (TV-Y) and “The Worst Witch: Season 4” (TV-G).

Available for the month of October only are the award-winning miniseries “The Loudest Voice” (2019, TV-MA) starring Russell Crowe as Fox News founder Roger Ailes, and the Australian murder mystery “Mystery Road: Season 1” (2018, not rated) with Aaron Pederson and Judy Davis.

Kid stuff: the little ones can get their Halloween on in “Bug Diaries Halloween Special” (TV-Y).

The NBC quarantine comedy “Connecting…” (not rated), the fourth season of the anthology crime show “Fargo” (TV-MA), this year starring Chris Rock, and new seasons of Fox animated comedies “The Simpsons,” “Family Guy,” “Bob’s Burgers,” and “Bless the Harts” are now rolling out. New episodes arrive a day after their respective network debuts.

International passport: “Patria: Season 1” (Spain, not rated, with subtitles) follows two families on the opposite side of the independence battle in Spain’s Basque Country. Two episodes available, new episodes each Sunday.

Road to Halloween: England’s Hammer Films resurrected the classic movie monsters with Gothic style and lurid color with “The Curse of Frankenstein” (1957), “Horror of Dracula” (1958), and “The Mummy” (1959), all starring Christopher Lee and Peter Cushing.

Angelina Jolie is “Maleficent” (2014, PG) in this twist on the “Sleeping Beauty” story with Elle Fanning.