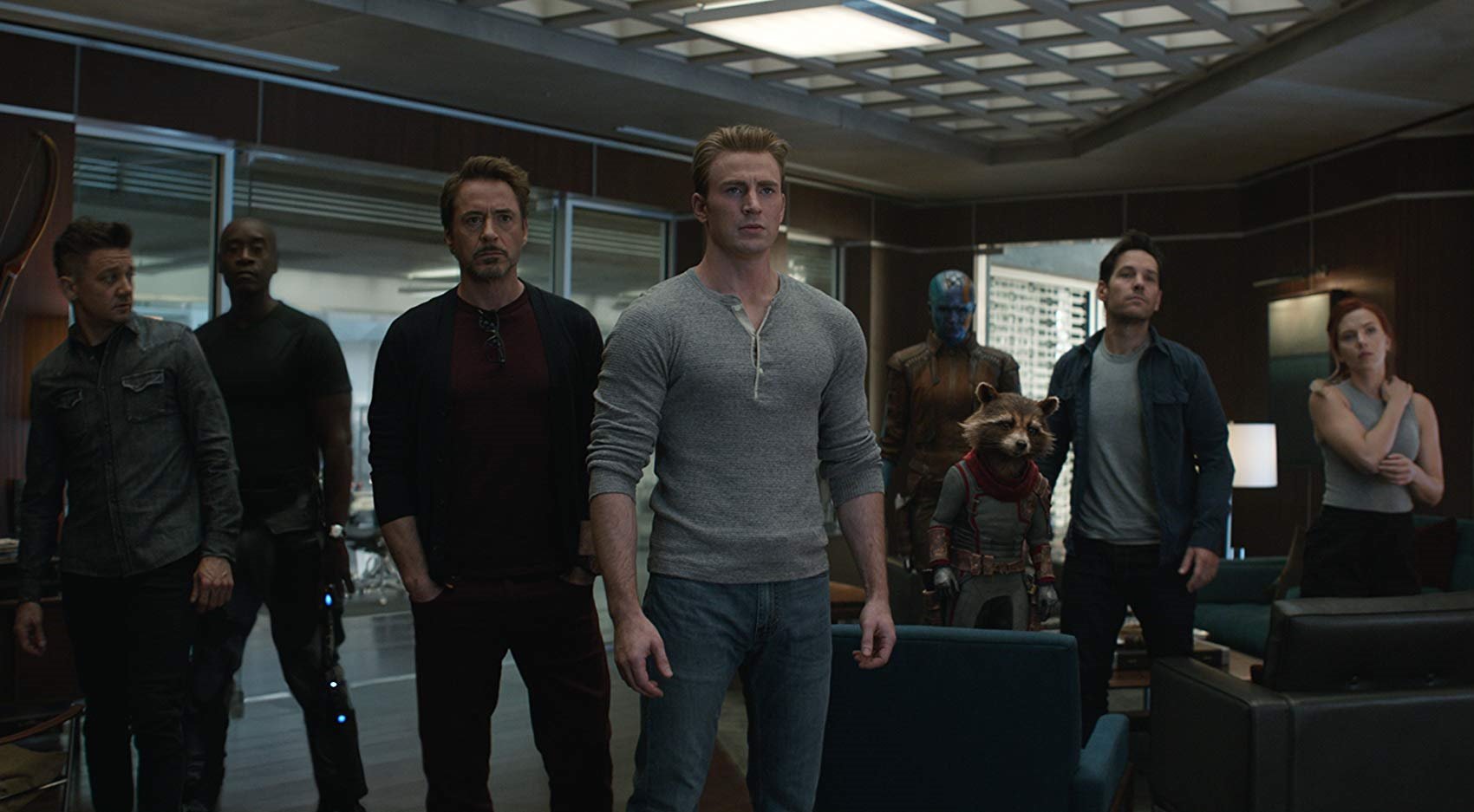 Avengers: Endgame (2019, PG-13) brings practically every superhero of the Marvel big screen universe together to save the universe and bring the second phase of the interconnected stories to a close. It’s now the highest grossing movie of all time. For all of its sprawling spectacle, it also features quiet moments and even a little humor. On Cable on Demand, VOD, and DVD, and at Redbox.

Diagnosis develops the medical column written by Dr. Lisa Sanders for the New York Times into a non-fiction series that uses readers to help diagnose patients with unusual symptoms. Seven episodes on Netflix.

The second season the Netflix series MINDHUNTER sends the agents (Jonathan Groff and Holt McCallany) of the newly-formed FBI Behavioral Science Unit to investigate the Atlanta child murders of 1979-1981.

Hulu now streams the first season of the vampire comedy What We Do in the Shadows, a spin-off of Taika Waititi’s cult movie set in Staten Island, and the limited series Trust, based on the kidnapping of John Paul Getty III and starring Hillary Swank, Brendan Fraser, and Donald Sutherland as J. Paul Getty.

Foreign language pick: the limited series Our Boys (Israel, with subtitles) dramatizes the investigation of the real-life murders of three Jewish teenagers that sparked the 2014 Israel-Gaza war. New episodes on HBO each Monday.

Two takes on literary legends: Kenneth Branagh is William Shakespeare in his later years in All Is True (2019, PG-13) co-starring Judi Dench and Ian McKellan and Molly Shannon is Emily Dickinson in the comedy Wild Nights with Emily (2018, PG-13).

True stories: the limited series documentary Happy Jail (2019) looks at the shady details behind at the Philippine jail that became famous for its viral Michael Jackson dance video.

Foreign affairs: a Castillian village in Basque country petitions to become The Little Switzerland (Spain, 2019, not rated, with subtitles) in this feature comedy.

Foreign language TV: Better Than Us (Russia, with subtitles), a science fiction about a future where androids develop self-awareness and emotions, is the first Netflix original series from Russia. Also new:

The Amazing Johnathan Documentary (2019, not rated) follows the final tour of the comic magician diagnosed with terminal heart disease but takes a turn along the way.

Foreign affairs: a meek dog groomer is finally pushed too far by a predatory thug in the award winning Dogman (Italy, 2019, not rated, with subtitles), a devastating crime drama from filmmaker Matteo Garone (“Gomorrah”).

The Sundance award winning Smoke Signals (1998, PG-13), a road movie based on the stories of Sherman Alexie, was produced in Idaho and Washington State.

Jason Momoa is Aquaman (2018, PG-13) in the fantastical superhero epic about the Prince of Atlantis who must reclaim his birthright to stop a war between the undersea kingdom and the human race. Plus there’s an octopus that plays the drums.

Streaming TV: the second season of the ruthless satire Succession is now underway with new episodes each Sunday and Joint Venture: Season 1 (Brazil, with subtitles), set in an alternate reality where marijuana is legal in Sao Paulo, is streaming on all HBO platforms.

Available Saturday night is Clint Eastwood’s The Mule (2018, R), based on the true story of an octogenarian drug runner for a Mexican cartel.

Laurie Anderson writes and directs Heart of a Dog (2015, not rated), a non-narrative rumination on her relationship with her late dog. It’s now streaming along with an interview with Anderson and footage from her 2006 “Concert for Dogs.” Also newly arrived:

Jon Hamm is a disillusioned diplomat pulled back in to service to save the life of a friend in Beirut (2018, R), a thriller set in the undeclared warzone of 1982 Beirut. Also new: