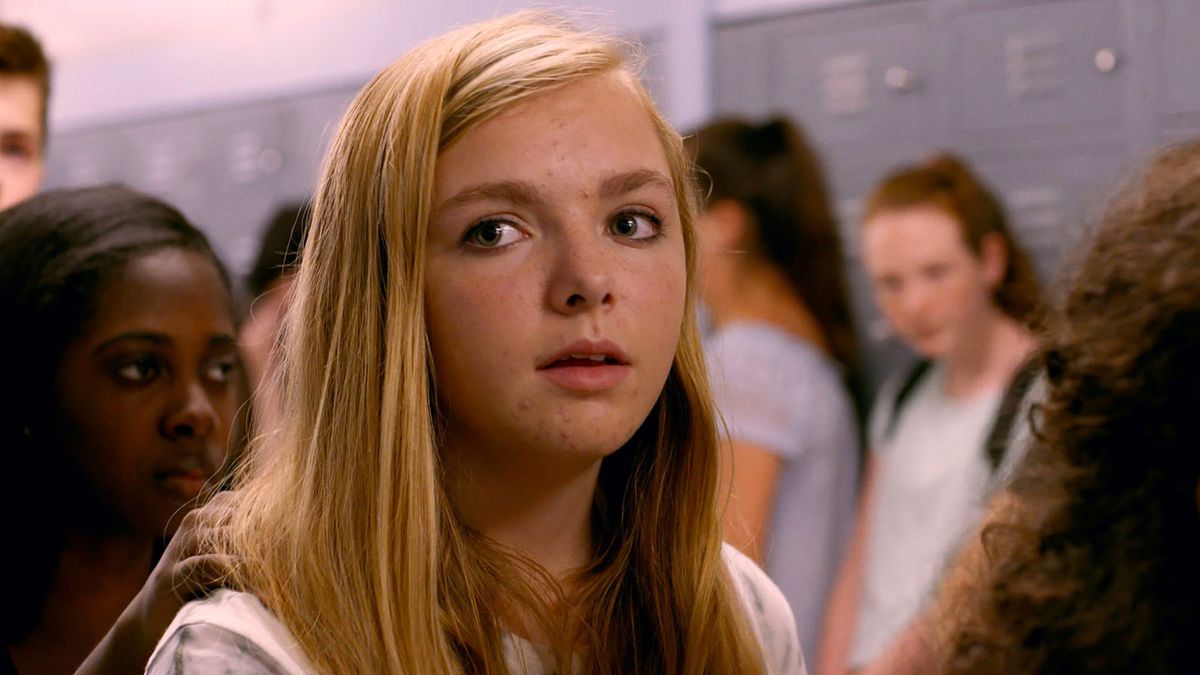 Elsie Fisher delivers a heartbreakingly vulnerable performance as an awkward, introverted teenage girl enduring the final week of Eighth Grade (2018, R). The directorial debut comedian Bo Burham is an insightful and sensitive comic drama that explores the anxieties of growing up in the social media age with humor and hope. Be warned that it’s R-rated. Now streaming on Amazon Prime Video.

Robert Redford brings his easy charm to the role of a gentleman, octogenarian bank robber who lives for the thrill of the deed in The Old Man & the Gun (2018, PG-13), a strangely sweet and affectionate low key drama co-starring Sissy Spacek and Casey Affleck. Redford said it’s his last screen performance. On VOD and Cable On Demand, also on DVD and at Redbox.

Streaming TV: Netflix presents new seasons of Grace and Frankie with Jane Fonda and Lily Tomlin and The Punisher with Jon Bernthal (given the recent Marvel series cancellations, it may its last on Netflix) and Amazon Prime premieres the third season of the gearhead series The Grand Tour.

David Gordon Green’s Halloween (2018, R) is not a remake but a sequel to the original 1978 horror classic with Jamie Lee Curtis reprising her role as Laurie Strode, now a paranoid survivalist who is ready for the return of Michael after 40 years. John Carpenter, director of the original, is one of the producers and composes the score. Also on DVD and at Redbox.

Available same day as select theaters nationwide is The Standoff at Sparrow Creek (2019, not rated), a crime thriller set in the culture of militia groups, and political thriller An Acceptable Loss (2019, R) with Tika Sumpter and Jamie Lee Curtis.

Noomi Rapace is a counter-terrorist expert hired to protect a young heiress (Sophie Nélisse) in the crime thriller Close (2019, not rated). It’s one of five Netflix Original features debuting this week. Also new:

Helen Mirren stars in The Debt (2010, R) as a retired Mossad agent recalling a past mission (played by Jessica Chastain in flashbacks).

A selection of HBO Original films from years past are new available, including Grey Gardens (2009, TV-14) HBO with Drew Barrymore and Jessica Lange as Little Edie and Big Edie, You Don’t Know Jack (2010, not rated) with Al Pacino as Dr. Jack Kevorkian; and Cinema Verite (2011, not rated) with James Gandolfini and Diane Lane.

Kid stuff: more episodes of the animated revival The Adventures of Rocky & Bullwinkle.

Foreign affairs: Footnotes (France, 2017, not rated, with subtitles) is a throwback musical comedy set during a strike at a luxury shoe factory.

Available on Saturday is Fahrenheit 11/9 (2018, R), Michael Moore’s documentary on the Trump presidency.

Alex Roe is a country star who returns to his hometown and the girl he left behind in the romantic drama Forever My Girl (2018, PG). Prime Video and Hulu.

Owen Wilson and Kate Hudson star in You, Me and Dupree (2006, PG-13), a comedy from Anthony and Joe Russo before they became Marvel movie directors.

Streaming TV: the British drama Butterfly: Season 1 stars Anna Friel and Emmett J Scanlan as the separated parents of an 11-year-old child born male but who identifies as a girl. Also new:

Arriving Saturday night is Tully (2018, R), a comic-drama about motherhood and friendship starring Charlize Theron and Mackenzie Davis, and Brexit with Benedict Cumberbatch.

Amy Schumer is an insecure woman who wakes of from a fall convinced that she’s a model-thin bombshell in the comedy I Feel Pretty (2018, PG-13).