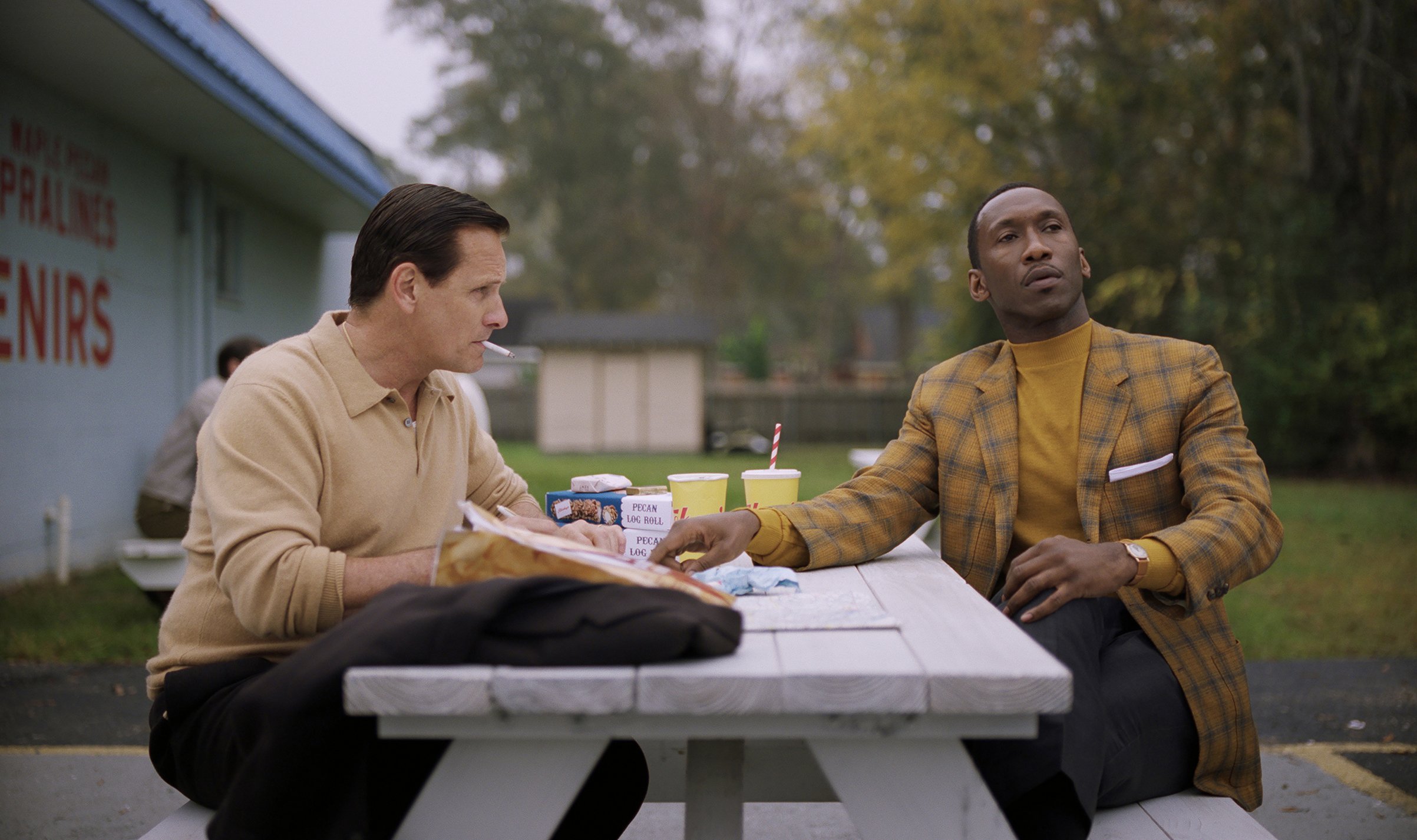 Viggo Mortensen is an Italian-American bouncer who signs on as driver and bodyguard to African-American jazz musician Dr. Don Shirley (Mahershala Ali) in his tour through the deep South in Green Book (2018, PG-13), which took home Academy Awards for best picture, original screenplay, and supporting actor Ali. On Cable On Demand, VOD, and DVD, and at Redbox.

Saturday Night Live veteran Aidy Bryant stars in the comedy Shrill, a new Hulu Original series about a plus-sized Portland journalist that takes on issues of body image and self-worth with humor. It’s based on the memoir by Lindy West, a former writer and editor at the Seattle alternative weekly The Stranger, who developed the series with Bryant. Six episodes streaming on Hulu.

Keira Knightley is Colette (2018, R) in the biographical drama about the early years of the great French author from award-winning director Wash Westmoreland. Streaming on Amazon Prime Video.

Shoplifters (Japan, 2018, R, with subtitles), a warm but complicated drama of a family of outcasts and small time crooks from filmmaker Hirokazu Kore-eda, won the top prize at the Cannes Film Festival. On Hulu.

All also on DVD and at Redbox.

Idris Elba stars as a down-and-out hip-hop DJ who takes a job as a manny to his celebrity best friend’s problem-child daughter in the new Netflix Original comedy series Turn Up Charlie.

Girl (Belgium, 2018, not rated, with subtitles), a coming of age drama about a teenage transgender ballerina in training (Victor Polster) as she prepares for her upcoming transitional surgery, earned four awards at Cannes and a Golden Globe nomination.

Asghar Farhadi’s A Separation (Iran, 2011, PG-13, not rated, with subtitles) and Florian Henckel von Donnersmarck’s The Lives of Others (Germany, 2006, R, with subtitles) both won Oscars in the foreign language film category.

True stories:Social Animals (2018, not rated) looks at Instagram has impacted the lives of three American teenagers.

Foreign language TV: a grieving husband and father travels to a parallel universe where his family never died in the sci-fi drama If I Hadn’t Met You: Season 1 (Spain, with subtitles). Also new:

Kid stuff: YooHoo to the Rescue: Season 1 is an animated adventure for young kids and Robozuna: Season 2 is animated action for adolescents.

Vanessa Redgrave is radiant as Mrs. Dalloway (1997, PG-13), an aging social matron in 1923 whose mind floats back to a summer day 30 years before as she prepares for an elegant party, in the adaptation of the Virginia Woolf novel from filmmaker Marleen Gorris.

Cult: Guy Maddin’s Careful (1992, not rated) is an utterly surreal tale of the repressed residents of a small alpine village who live in virtual silence for fear that the slightest sound could trigger an avalanche and Rock ‘n’ Roll High School (1979, PG) is a teen rebel classic starring The Ramones.

Streaming TV: Made in Heaven: Season 1 (India, with subtitles) is a romantic drama about two wedding planners who navigate the tensions between modern life and old traditions in Dehli. Also new:

True stories: Time for Ilhan (2018, not rated), a documentary on the campaign of

Congresswoman Ilhan Omar, and Garbo the Spy (2009, not rated), about the World War II double agent.

Wings of the Dove (1997, R), based on the Henry James novel, stars Helena Bonham Carter as British society woman who schemes a way for her lover (Linus Roache) to inherit a fortune by romancing with a dying American heiress.

Like Water for Chocolate (Mexico, 1992, R, with subtitles), based on the novel by Laura Esquivel, is a delirious romantic drama strewn through with magic realism.

The four-part documentary series The Case Against Adnan Syed (2019, not rated) looks into the murder case explored in the hit podcast “Serial” as it near retrial. New episodes every Saturday night.

Available on Saturday night is The First Purge (2018, R), the prequel to the hit horror franchise.

Helen Mirren stars in horror film Winchester (2018, PG-13), based on the American legend of a haunted mansion inspired by a true story. Streaming on Showtime Anytime.

Bastards of Pizzofalcone: Season 1 (Italy, with subtitles), based on the novels by Maurizio de Giovanni, follows a team of misfit police detective in Naples. New episodes each Tuesday on MHz.