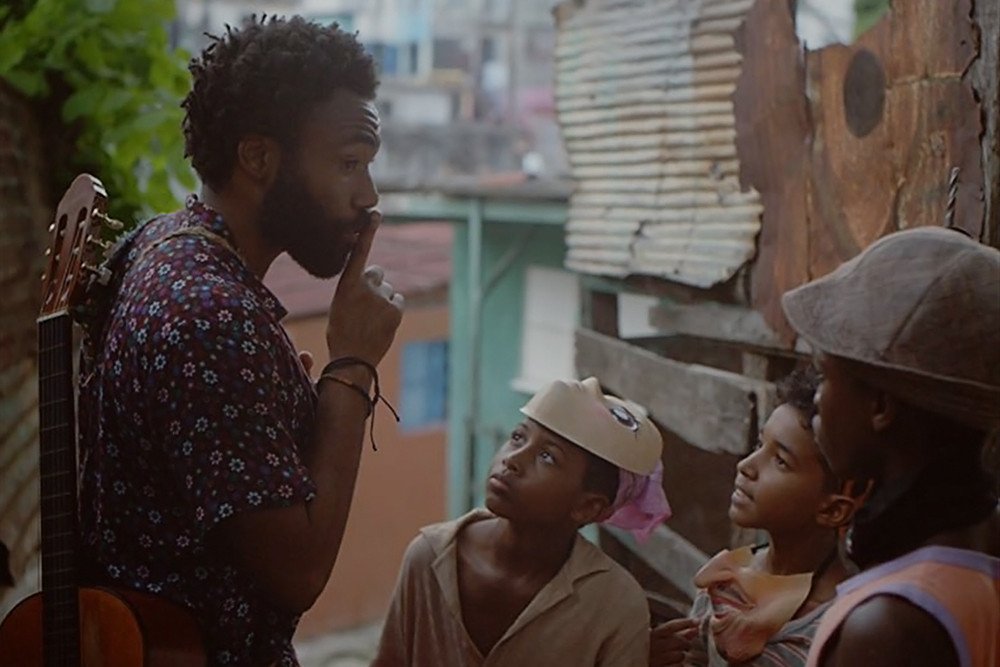 Guava Island (2019, not rated), a “tropical thriller” by way of a musical fable created by Donald Glover (aka Childish Gambino) and his “Atlanta” collaborators and costarring Rhianna, made its world premiere last week at Coachella. The hour-long production is fine for family viewing and is now streaming on Amazon Prime.

Keeping with the theme: the concert film Homecoming: A Film by Beyoncé (2018, not rated), which ushers viewers behind the scenes for an intimate look at the singer’s 2018 Coachella performance, debuts exclusively on Netflix.

The miniseries I Am the Night (2019) reunites Wonder Woman director Patty Jenkins and costars Chris Pine and Connie Nielsen for a crime thriller inspired by a true story. India Eisley costars as a teenager who travels to Los Angeles to find her identity and ends up in the midst of an unsolved murder. Streaming on Hulu.

M. Night Shyamalan’s Glass (2019, PG-13) is a superhero sequel that brings together Unbreakable with Bruce Willis and Samuel L. Jackson and Split with James McAvoy and Anya Taylor-Joy in a shared Shyamalan universe. Also on DVD and at Redbox.

Gina Rodriguez stars in Someone Great (2019, not rated), a Netflix Original romantic comedy costarring DeWanda Wise and Brittany Snow as the best friends who take her on one last getaway.

Ken Loach’s I, Daniel Blake (2016, R), a scathing social drama and a touching portrait of compassion in hardship, won the top prize at Cannes in 2016. Reviewed on Stream On Demand here. Also new:

Foreign affairs: Bille August directs the sweeping historical drama A Fortunate Man (Denmark, 2018, with subtitles), based on the beloved Danish novel “Lucky Per.” It makes its U.S. debut on Netflix. Also new:

Special: Brené Brown: The Call to Courage (2019, not rated) is a concert lecture from the self-help author.

Anna Faris is a single mom and Eugenio Derbez her spoiled, rich boss in Overboard (2018, PG-13), a remake of the 1980s amnesia comedy (Prime Video and Hulu).

Miranda Richardson, Polly Walker, and Joan Plowright star in Enchanted April (1991, PG), a lovely romantic drama about four British women who rent a chalet in Italy for a getaway from 1930s London. Reviewed on Stream On Demand here.

True stories: We Are Columbine (2019, not rated) revisits the 1999 high school tragedy with four survivors and Alex Gibney directs Steve Jobs: The Man in the Machine (2015, R).

Foreign affairs: The Quake (Norway, 2018, PG-13, with subtitles), a sequel to the Norwegian disaster thriller The Wave, targets the city of Oslo.

A Chinese-American professor (Constance Wu) collides with the culture of the ultra-rich in Singapore when she meets her boyfriend’s family in Crazy Rich Asians (2018, PG-13), the hit romantic comedy based on the semi-autobiographical novel by Kevin Kwan. Henry Golding, Awkwafina, and Michelle Yeoh co-star.

Available Saturday night is Spike Lee’s BlacKkKlansman (2018, R), the provocative, satirical, angry, and very timely film that earned Lee an Oscar (his first) for the screenplay.

David Tennant and Jessica Hynes play the parents of a disabled nine-year-old girl in There She Goes: Season 1, a British comedy-drama inspired by the experiences of series creator Shaun Pye.