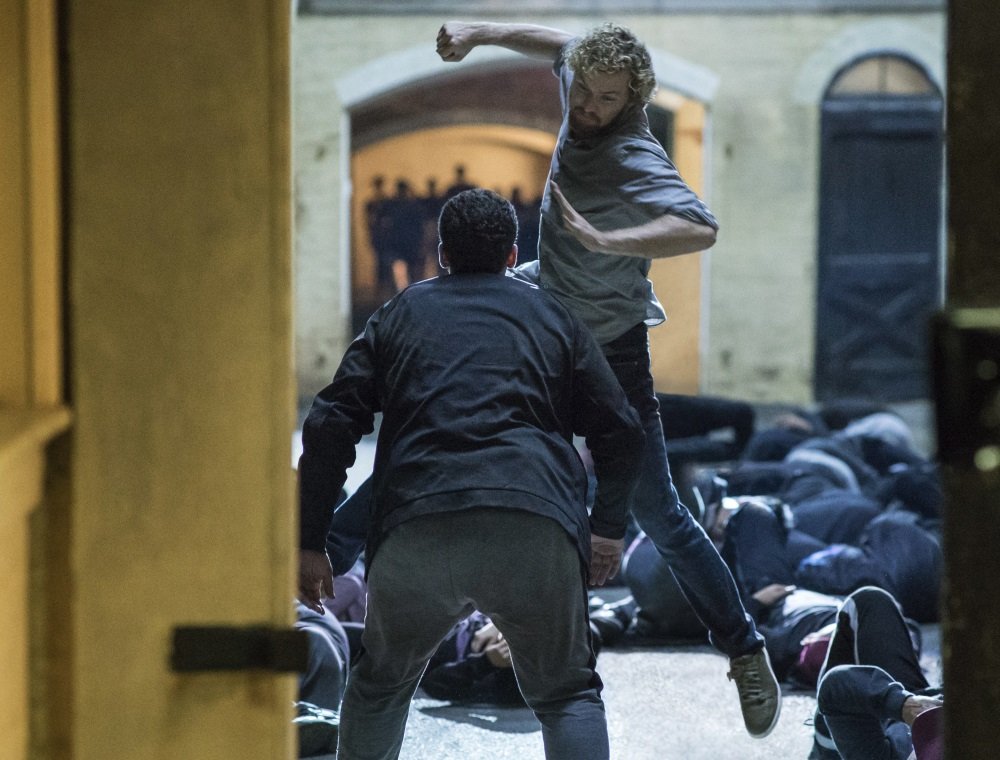 The buzz—for better and for worse—for the week in streaming debuts is over Iron Fist, the fourth original series in the Netflix Marvel superhero universe and the first to face disappointing reviews. Finn Jones stars as Danny Rand, the an American-born scion of a corporate billionaire who returns home after surviving a plane crash in the Himalayas and training as a mystical martial arts champion (with its echoes Christopher Nolan’s Batman movies, TV’s Arrow, and Marvel’s Doctor Strange).

Based on the six episodes provided to TV reviewers, the reviews have been disappointing at best and devastating at worst. “The first four are so unremarkable that there should be a message at the bottom of the screen warning viewers not to drive or operate heavy equipment after viewing,” writes Matt Zoller Seitz at Vulture. “The next two episodes are slightly better, mainly because the direction…” But, he continues, “coming on the heels of Jessica Jones and Luke Cage, both of which took greater risks with both style/mood and cultural point of view, the show feels like a regression. Jones is likable enough that you can’t despise his character, but Danny is still a young white guy’s fantasy about the mystical awesomeness of Asian religion and martial arts.”

But if you are committed to the Marvel Comics Universe and the Netflix Defenders Initiative, you will surely still want to check it out.

But there’s another original show from Netflix that promises something special: Julie’s Greenroom, a collaboration between musical legend Julie Andrews and the Jim Henson Company. With the help of special guests (among them Alec Baldwin, Idina Menzel, Josh Groban, and Carol Burnett) she teaches music and the performing arts to a spirited and diverse cast of Muppets and to viewers at home.

“Happiness pours out of Julie’s Greenroom. The show could easily slop over into preciousness, with all these talking dolls and the bountiful positivity — every crisis is just a brief prelude to a solution and a reason for Andrews to say ‘Oh, gosh,’ which is its own small delight,” writes Los Angeles Times TV critic Robert Lloyd. “But it stays sharp enough. There is none of the awful giggling often forced upon animated or puppet children in preschool series, as if kids went around laughing at everything all the time. As on Sesame Street and The Muppet Show, the interplay between the people and the puppets feels perfectly natural…”

Viola Davis won an Academy Award for her performance opposite Denzel Washington in Fences, adapted from the play by August Wilson and featuring the cast of the Tony Award-winning Broadway revival (PG-13). Reviewed on Stream On Demand here.

Isabelle Huppert earned an Oscar nomination and a Golden Globe for Elle (France, 2016), a provocative drama about a rape survivor who tracks down her attacker and engages him in mind games, directed with an edge of dark humor by Paul Verhoeven (R, with subtitles).

Also new: the interstellar romance Passengers with Jennifer Lawrence and Chris Pratt (PG-13) and the spiritual drama Collateral Beauty with Will Smith and Helen Mirren (PG-13).

Available same day as select theaters nationwide is action thriller Mean Dreams with Bill Paxton in one of his last roles (R).

There are fans of bad movies and good heckling who will be happy to explore a 20-episode collection of Mystery Science Theater 3000, including fan favorites Manos: The Hands of Fate, I Accuse My Parents, and Santa Claus Conquers the Martians.

More Streaming TV: the supernatural thriller Hotel Beau Séjour from Netherlands and the comedy Samurai Gourmet from Japan (both with subtitles) and AMC drama Halt and Catch Fire: Season 3, set in the early days of the computer revolution of the 1980s.

True stories: the award winning British documentary Notes on Blindness (2016) and the family-friendly Naledi: A Baby Elephant’s Tale (2016) (both not rated).

The Steven Spielberg-directed fantasy The BFG (2016) originally scheduled for Netflix this week has been delayed. No word on a new arrival date but we will keep an eye out.

The lavish South Korean drama The Handmaiden (2016) is a sexy period piece with an intricate tale of con artists, forbidden love, pornography, and poetic justice (not rated, with subtitles). Reviewed on Stream On Demand here. * UPDATE – It was removed from Prime streaming and reannounced for April *

The Connection (1962), the debut feature from Shirley Clarke, turns a stage play originally produced by New York’s revolutionary Living Theater as a play within a play into an innovative work of cinema (not rated).

You Are Wanted: Season 1, the first Amazon original series from Germany, debuts in the U.S. in both German and English dubbed versions. 6 episodes

From Britain comes the original Queer as Folk: Complete Series with Aidan Gillen and Charlie Hunnam and the popular mystery Inspector Lewis: Season 8.

Stand-up: Brian Posehn: The Fartist (2013) and fun with classical music with The Legendary Victor Borge (2006).

Everybody Wants Some!! (2016), Richard Linklater’s “spiritual sequel” to Dazed and Confused, hits college with a freshman baseball player in a Texas college in 1980. The way he captures the era is impressive, and he’s as savvy about the way hyper-competitive student athletes behave (R) (Amazon Prime and Hulu). Reviewed on Stream On Demand here.

A Simple Plan (1998), a kind of snow-blind film noir in rural America, features Bill Paxton in one of his finest performances opposite a heartbreaking turn by Billy Bob Thornton (R) (Amazon Prime and Hulu).

Also new: the documentary Cries from Syria and a new season of the adult-oriented animated series Animals.

Traveller (1997) was a labor of love from Bill Paxton, who produced and starred as a gypsy con artists in the rural South who takes on young novice Mark Wahlberg (R). Also on Fandor