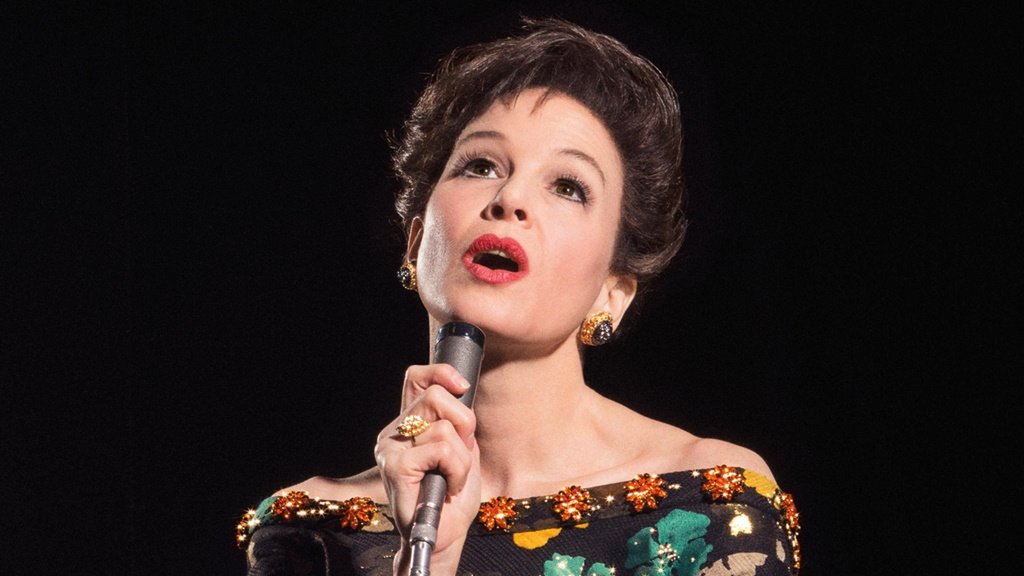 Renée Zellweger is favored to earn an Oscar nomination for playing Judy Garland in “Judy” (2019, PG-13), which follows the legendary performer through a series of sold-out concerts in London in the twilight of her career. Cable On Demand and VOD, also on DVD and at Redbox.

Comedian John Mulaney both pays tribute to and spoofs children’s TV shows of the past with “John Mulaney & The Sack Lunch Bunch” (2019, not rated), featuring a group of precocious kids singing and dancing and performing sketches with guest stars David Byrne, Natasha Lyonne, Jake Gyllenhaal and others. Streaming on Netflix.

When the humans are away, the household animals play n “The Secret Life of Pets 2” (2019, PG), the sequel to the animated comedy. On Netflix.

The second season of the romantic thriller “You,” starring Penn Badgley as an obsessive suitor who manipulates social media to make a young woman fall for him, debuts on Netflix for holiday binge-watching.

Kersey Lemons is a sea-crash survivor who finds that she’s not alone on her desert island in “Sweetheart” (2019, PG-13), a survival thriller from the Blumhouse of horror.

“Kevin Hart: Don’t F**k This Up” is a six-part documentary that follows the superstar comedian through a year of his life.

Streaming TV: All six seasons of Shonda Rhimes’ “Private Practice” (2007-2012), the medical drama spin-off of “Grey’s Anatomy, are now available to stream. Also new is the second season of the reboot of the family science fiction show “Lost in Space: Season 2.”

Alexander Skarsgård is an American officer who covers up war crimes in “The Kill Team” (2019, R), a military drama based on a true story. Streaming on Amazon Prime Video.

A desperate FBI agent (Anna Kendrick) tries to push a delusional American preacher into terrorism so they can arrest him in “The Day Shall Come” (2019, not rated), a political satire from the director of “Four Lions.”

“Pawn Sacrifice” (2014, PG-13) dramatizes the 1972 chess match between Bobby Fischer (Tobey Maguire) and Boris Spassky (Liev Schreiber) as Fischer battles both the Cold War and his own fragile mental state.

“Into The Dark: Midnight Kiss” (2019, TV-MA) is the New Year’s episode of the Hulu original horror movie series.

Willem Dafoe heads the human cast of “Togo” (2019, PG), the Disney+ original movie based on the true story of a champion sled dog in 1925 Alaska. Keeping with the canine theme, “Pick of the Litter: Season 1” (TV-PG) follows six puppies being trained as Guide Dogs for the Blind. New episodes each Friday on Disney+.

A French policewoman reassigned to French Guiana faces a murder with supernatural edges in “Iskander: Shadow of the River: Season 1” (France, with subtitles). All four episodes on Shudder.

Bjork made her feature film debut in “The Juniper Tree” (Iceland, 1990, not rated), which makes is streaming debut along with three short films by Nietzchka Keene.