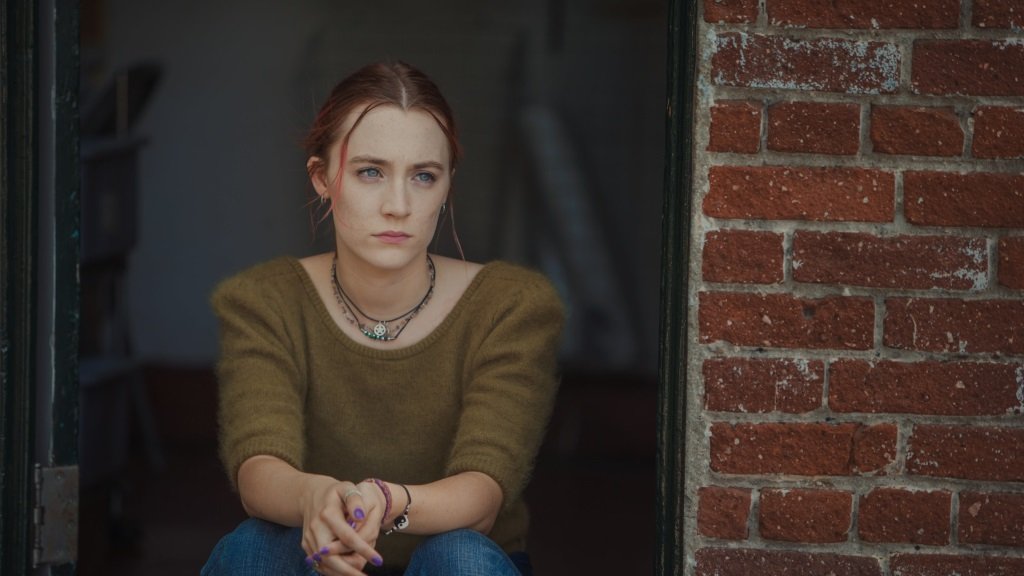 Greta Gerwig drew on her own experiences growing up eccentric and artistic in Sacramento for her directorial debut Lady Bird (2017, R), a funny and touching story of a high school rebel (Saoirse Ronan) and her stormy relationship with her mother (Laurie Metcalf). Nominated for five Oscars, it’s now streaming on Amazon Prime Video.

Thor: Ragnarok (2017, PG-13) teams the Norse God of Thunder (played by Chris Hemsworth) with The Hulk (Mark Ruffalo) and gives him a sense of humor missing from previous solo films. It helps in dealing with a trickster brother (Tom Hiddleston), imprisonment on a gladiator planet, and the destruction of Valhalla by a vengeful Goddess of Death (Cate Blanchett). This colorful entry in the big screen Marvel Comics Universe is now streaming on Netflix.

Sense8: The Series Finale wraps up the sprawling story of the high-concept Netflix series for fans left adrift after its abrupt cancellation.

Facebook Watch launches the original series Five Points, a high school drama that tells its story from the point of view of five different characters. Episodes run under 15 minutes apiece, the first three are now streaming.

BroadwayHD is aimed at a very specific audience—people who want to see recordings of live Broadway shows—but it expanded its scope just a bit this week when it picked up ten programs from the acrobatic circus theater company Cirque du Soleil, including their Avatar-themed Toruk (2016).

A Kid Like Jake (2018, not rated), starring Claire Danes and Jim Parsons as parents whose four-year-old son identifies more as a girl, is now on VOD as it expands in theaters.

The King’s Speech (2010, R) won four Oscars for its feel-good true story starring Colin Firth as the man who will become King George VI and Geoffrey Rush as the Australian whose unconventional therapies helped the stammering royal overcome his speech impediment and comfort the nation during World War II.

The Star (2017, PG), an animated retelling of The Nativity, features the voices of Steven Yeun, Keegan-Michael Key, and Gina Rodriguez.

Kid stuff: Netflix presents the original animates shows The Hollow, a supernatural adventure for teens and tweens, and Treehouse Detectives for pre-school ages.

Ben Foster is cycling champion Lance Armstrong in The Program (2016, R), co-starring Chris O’Dowd as the Irish journalist who exposed the doping scandal behind his wins.

Samurai drama meets science fiction in Gintama (Japan, 2017, not rated, with subtitles), based on the animated series about feudal Japan ruled by alien invaders.

Blade Runner 2049 (2017, R), directed by Denis Villeneuve and starring Ryan Gosling and Harrison Ford, accomplishes a near-impossible feat: it creates a world as visionary and visually entrancing as the original.

Brian Cox is the ruthless head of a multinational corporation fighting a hostile takeover from his own children in the new HBO original series Succession. New episodes arrive Sunday nights.

Two original series from HBO Europe are now available in the U.S. on HBO streaming platforms. The romantic comedies Head Over Heels (Czech Republic, with subtitles), directed by award-winning filmmaker Jan Hrebejk, and When Shall We Kiss (Hungary, with subtitles) both feature two seasons of half-hour episodes.

Arriving Saturday night is American Made (2017, R) starring Tom Cruise as a pilot flying weapons and drugs between the U.S. and South America for the CIA in the 1980s.

TCM Select Pick of the Week is Singin’ in the Rain (1951), many people’s pick for the greatest American musical comedy ever made and certainly one of the most fun. Gene Kelly is the vaudeville schlub turned movie stuntman turned matinee idol who falls in love with girl-next-door extra Debbie Reynolds, much to the slow-burn anger of leading lady Jean Hagen (in a catty performance done completely with a nasal Brooklyn screech). Donald O’Conner literally climbs the walls in the show-stopping acrobatic dance number “Make ’Em Laugh,” and choreographer/co-director, star Kelly goofs on his own character’s biography twice—first in a glib radio address with flashback gag punchlines, then again in a glorious set piece dance/ballet—before he stomps, slides, and taps through the title number. This knockabout Hollywood fantasy of the transition from silent to sound movies is lousy history but a blast of singing, dancing, romancing energy and color. Streaming on FilmStruck through November 30.

Gene Kelly is also Star of the Week and the line-up of 17 films includes his breakthrough musical For Me and My Gal (1942) with Judy Garland, dramas The Cross of Lorraine (1943) and Black Hand (1950), Kelly’s high-concept Invitation to the Dance (1956), and Jacques Demy’s The Young Girls of Rochefort (France, 1967, with subtitles) with Catherine Deneuve.

Also new: three films for “Director of the Week; Darren Aronofsky,” a collection of films about “Brothers: Stories of Love and Rivalry” (including Akira Kurosawa’s 1985 epic Ran) and six films of dressing the part for Gay Pride Month, from Some Like it Hot (1959) to Hedwig and the Angry Inch (2001, R).