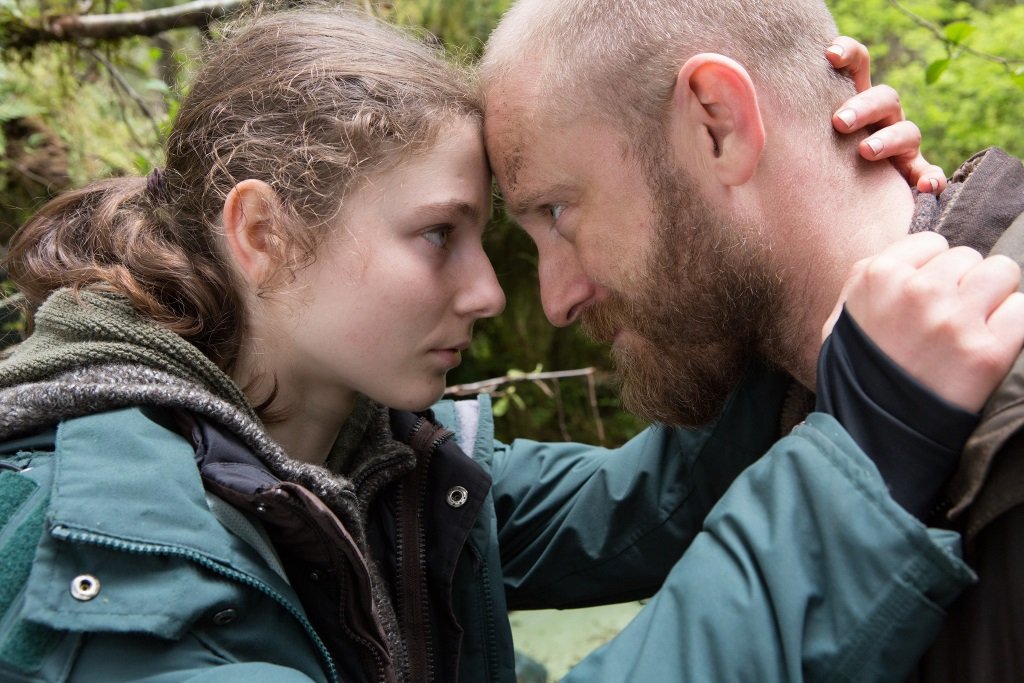 Start 2019 with some of the best films of last year. Leave No Trace (2018, PG), inspired by a true story and shot in and around Portland, Oregon, is a touching indie drama starring Ben Foster as a troubled military vet and loving single father trying to raise a daughter (Thomasin McKenzie in a revelatory performance) off the grid. It’s won numerous awards and is a favorite going into Oscar season. Now streaming on Amazon Prime Video.

Regina Hall earned a Film Independent Spirit Award nomination for her performance as a protective manager in Support the Girls (2018), a smart indie comedy about the women working in a Hooters-like sports bar. On Hulu.

Netflix released Black Mirror: Bandersnatch (2018, not rated), a feature-length episode of the dark science fiction series with a video game-like interactive approach to storytelling, without advance notice last week. Creator Charlie Booker weaves the gimmick into the fabric of the story, about a troubled video game designer (Fionn Whitehead) struggling to complete a video game, so it becomes integral to the narrative experience. There are dozens of choices and multiple endings but, due to technical requirements, it is not available on all devices (notably Apple TV and Google Chromecast).

Classic pick: Marilyn Monroe is the bubbly gold digger dance partner to wry, man-hungry Jane Russell in Gentlemen Prefer Blondes (1953), Howard Hawks’ twist on buddy film machismo. It’s a delightful, hilarious farce with great musical numbers, but for all the sexual humor, these two little girls from Little Rock are thoroughly loyal to each other and always in charge. On Hulu.

Available same day as select theaters nationwide are the crime thrillers The Vanishing (2019, R) with Gerard Butler and Peter Mullan and American Hangman (2019, not rated) with Donald Sutherland.

Neil Patrick Harris is back Count Olaf in the third and final season of A Series of Unfortunate Events: Season 3 (Netflix Original), based on the playfully macabre children’s books by Lemony Snicket (aka Daniel Handler).

King Arthur and a band of dotty knights run afoul of abusive Frenchmen, sex-crazed nuns, a killer rabbit, the mysterious Knights Who Say “Nih!,” and other medieval threats in Monty Python and the Holy Grail (1975, PG), the cheapest Arthurian adventure ever made and easily the funniest.

Pioneers: First Women Filmmakers (1912-1923) presents a collection of 17 shorts and features from women filmmakers in the silent era. Among the landmarks are Lois Weber’s innovative short thriller Suspense (1913) and birth control drama Where Are My Children (1916);

True stories: The Bill Murray Stories: Life Lessons Learned From a Mythical Man (2018, not rated) looks at the comedy star’s life off-screen through his encounters with fans and other everyday people.

Foreign affairs: Lionheart (Nigeria, 2018), the drama of a woman who battles sexism to run her father’s business, is the first Netflix Original film from Nigeria. Also new:

The first month of 2019 brings a new slate of movies into the catalog, including the Frankie Valli musical Jersey Boys (2014, R) from director Clint Eastwood;

Newly arrived classics include Elia Kazan’s East of Eden (1955, not rated) featuring James Dean in his first starring role on the big screen;

Stand-up: Netflix adds over a dozen classic comedy specials with Bill Hicks (including his final recorded special Revelations, 1993, not rated), Sam Kinison, Tim Allen and others.

Terry Gilliam’s Brazil (1985, R), a dark, dense science fiction fantasy, is like “1984” rewritten by Monty Python, an absurdist nightmare of Kafka-esque dimensions. In other words, as timely as ever.

Foreign affairs: Sigmund Freud treats a neurotic undead client in the comedy Therapy for a Vampire (Austria, 2014, not rated, with subtitles). Also new:

Johnny Depp is the voice of Sherlock Gnomes (2018, PG) in the animated comedy set in the world of living garden gnomes (Prime Video and Hulu).

Roman Polanski’s Chinatown (1974, R), starring Jack Nicholson as private eye J.J. Gittes and Faye Dunaway as a tragic femme fatale in 1930s Los Angeles, is a neo-noir classic and one of the masterpieces of American cinema.

Streaming TV: The X-Files: Season 11 looks like it’s the last hurrah for Mulder and Scully, and this revival season is a marked improvement from the previous one. Also new:

Foreign affairs: Renoir (France, 2013, R, with subtitles) stars Michel Bouquet as the legendary painter Auguste Renoir and The German Doctor (Argentina, 2013, not rated, with subtitles) is a drama about Josef Mengele in hiding in Argentina.

Available Saturday is Annihilation (2018, R) with Natalie Portman as a Special Forces soldier who joins a team of women scientists to investigate an alien force field slowly growing on Earth. This science fiction thriller from Ex Machina” filmmaker Alex Garland favors science and mystery over action.

Melissa McCarthy is a divorced mother who goes back to college in the comedy Life of the Party (2018, PG-13).

Older films returning this month include Logan (2017) with Hugh Jackman in his final screen appearance as X-Men hero Wolverine;

The French drama Chefs: Season 1 (France, with subtitles) follows an ex-con who finds a new life working in the kitchen of a gourmet restaurant in Paris. The second season arrives later in January.

Sofia Vergara presents 365 Days of Love, a new series about real-life love stories with a new episode premiering every day of 2019.