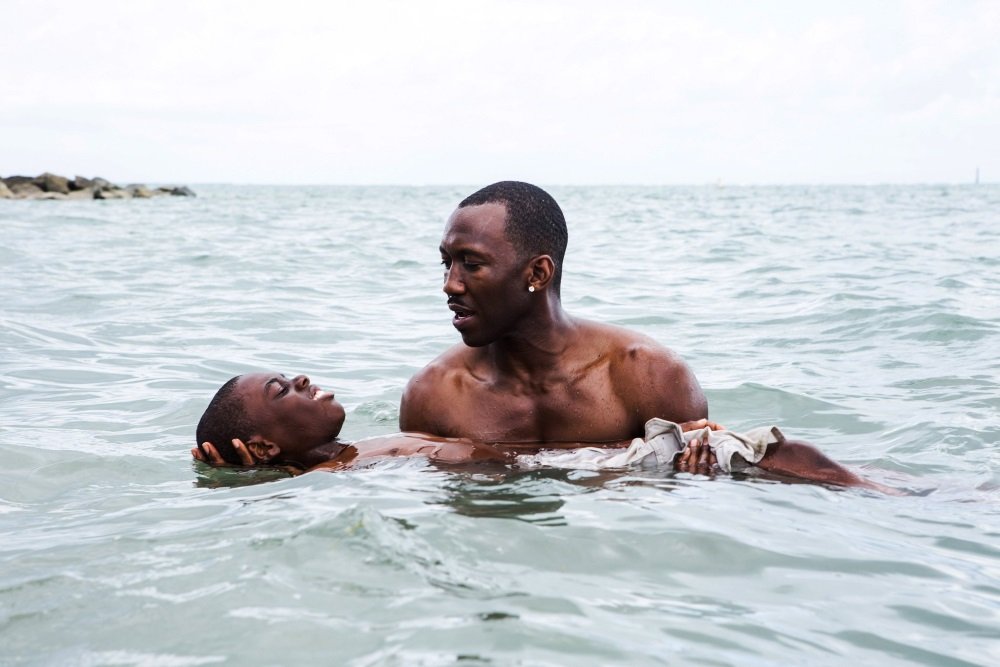 Winner of three Academy Awards (including best picture), Moonlight (2016, R) is a poetic and provocative portrait of a young black child, the sensitive, bullied son of a crack-addict single mom in a tough Miami neighborhood, presented through three acts of his life from childhood to adulthood. Mahershala Ali costars in an Oscar-winning performance as a drug dealer who shows the boy compassion and concern. Streaming on Netflix.

Julia Roberts is the concerned mother of a son (Lucas Hedges) fresh out of rehab in Ben is Back (2018, R), a drama about addiction and second chances. Streaming on Hulu.

Gerard Butler and Peter Mullan are lighthouse keepers who stumble upon a small fortune in The Vanishing (2019, R), a tension-filled thriller set on a remote Scottish island. Streaming on Amazon Prime Video.

Renée Zellweger headlines the first season of the new anthology series What/If” a twist on the 1993 film “Indecent Proposal” by way of an outsized melodrama of power and infidelity, costarring Jane Levy and Blake Jenner. On Netflix.

CW’s young adult soap opera Riverdale: Season 3, a dark twist on the “Archie” comics, is now available to stream on Netflix, along with superhero shows The Flash: Season 5 and Arrow: Season 7, barely a week after their respective network finales.

Classic pick: Preston Sturges’ The Miracle of Morgan’s Creek (1944) stirs slapstick, saccharine romance, sex, and small town values into and audacious comedy, one of the funniest of its time. Streaming free on Kanopy.

Rebel Wilson is a cynic whose world becomes a series of romantic comedy clichés in the spoof Isn’t It Romantic (2019, PG-13) with Liam Hemsworth. Also new:

True stories: the short documentary After Maria (2019, not rated) looks at three Puerto Rican women struggling to keep their families together in the aftermath of Hurricane Maria and A Tale of Two Kitchens (2019, not rated) profiles two very different restaurant cultures created by Gabriela Cámara.

Foreign language TV: two sisters turn detective after a series of mysterious deaths on a luxury cruise in High Seas: Season 1 (Spain, with subtitles), a mystery set in the 1940s. Also new:

Cult pick: Curtis Harrington’s Night Tide (1963) is an eerie psychological fantasy with Dennis Hopper as a lonely sailor who falls in love with siren.

Billy Crudup is a young drifter turned drug addict in the 1970s in Jesus’ Son (1999, R), adapted from the stories of Denis Johnson (Prime Video and Hulu).

Mark Ruffalo, Tim Robbins, and Gwyneth Paltrow star in Thanks for Sharing (2013, R), a romantic comedy about recovering sex addicts.

Streaming TV: the search for God gets more complicated in Preacher: Season 3 as the trio tangles with a vampire, a soul-stealer, and a ruthless organization known as The Grail. Also new: the remastered Baywatch: Complete Series (1989-1999) with David Hasselhoff.

The animated comedy Smallfoot (2018, PG) follows the adventure of a Yeti (voiced by Channing Tatum) in a remote Himalayan mountain who discovers that the legend is true: humans do exist!

Larry Lamb and Hayley Mills star in Pitching In: Season 1, a family drama set on the North Wales coast. The BBC production makes its US debut on Acorn TV. Also new:

Disobedience (2018, R), starring Rachel Weisz and Rachel McAdams as women in love in London’s Orthodox Jewish community, is a compassionate drama of family and identity. The English language debut of award-winning Chilean filmmaker Sebastián Lelio (A Fantastic Woman) co-stars Alessandro Nivola and Allan Corduner. It’s streaming free on Kanopy this month along with: