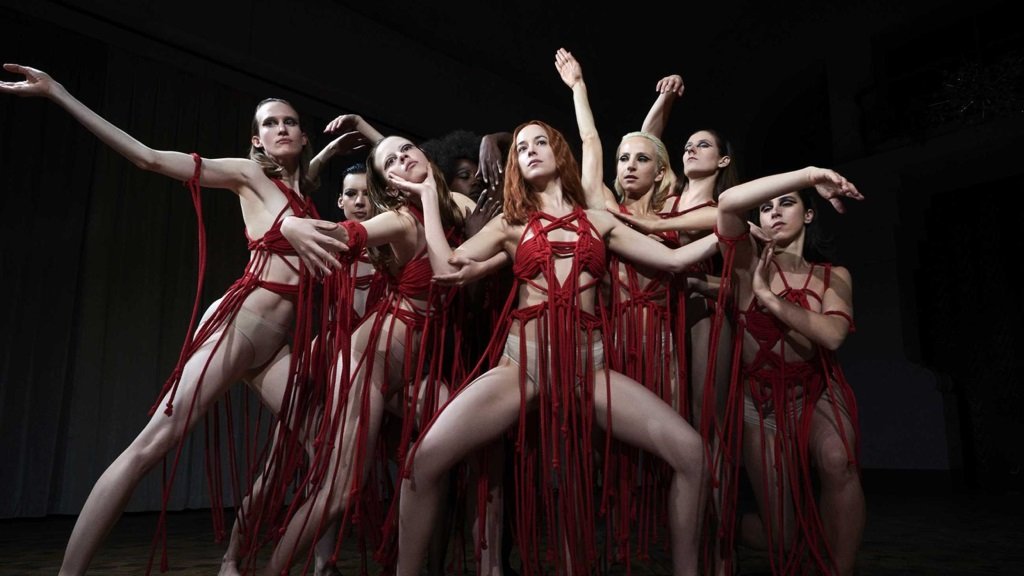 Luca Guadagnino’s Suspiria (2018, R) is less a remake of Dario Argento’s cult horror movie than a reimagining of the story of an American dancer (Dakota Johnson) in a German dance company run by a coven of witches. Tilda Swinton costars in multiple roles (unrecognizable under impressive makeup) in this elegant art-house version of a horror movie. It’s not for everyone but I loved it. Streaming on Amazon Prime Video.

The documentary Knock Down The House (2019, not rated), which profiles Alexandria Ocasio-Cortez and three other progressive women candidates who took on the political establishment with grassroots campaigns, comes to Netflix after winning two audience awards at the Sundance Film Festival.

A struggling writer becomes obsessed with the wealthy and enigmatic Ben (Steven Yuen), who may have killed the woman he loves, in Chang-dong Lee’s unsettling psychological drama Burning (South Korea, 2018, not rated, with subtitles). Adapted from the short story “Barn Burning” by Haruki Murakami, the award-winning film also references William Faulkner and “The Great Gatsby.” Streaming on Netflix.

Christian Applegate and Linda Cardellini as strangers who bond over shared loss and grief in the dark comedy Dead to Me: Season 1. Ten half-hour episodes on Netflix.

Ms. Fisher’s Modern Murder Mysteries, a spinoff of the hit Australian series, jumps decades ahead to the 1960s to follow the long-lost niece (Geraldine Hakewill) of the Australian flapper detective. Four episodes streaming on Acorn TV.

Gina Rodriguez as a Latino American women forced to work for a Mexican drug lord in Miss Bala (2019, PG-13), a remake of the 2011 Mexican thriller directed by Catherine Hardwicke. Also new:

Available same day as select theaters nationwide is the romantic drama Tell It to the Bees (2019, not rated) with Anna Paquin and Holliday Grainger. Also new:

Zac Ephron is Ted Bundy and Lily Collins his oblivious girlfriend in Extremely Wicked, Shockingly Evil and Vile (2019, R), which arrives from the Sundance and Tribeca Film Festivals.

K.J. Apa (Riverdale) and Maia Mitchell (The Fosters) star in the teen romance The Last Summer (2019, not rated).

Tuca & Bertie: Season 1, featuring the voices of Tiffany Haddish and Ali Wong, is an animated comedy for adults from the creators of “Bojack Horseman.”

True stories: All in My Family (2019, not rated) follows filmmaker Hao Wu as he reconciles his modern American life and same-sex marriage with his Chinese family’s traditional values. Also new is John & Yoko: Above Us Only Sky (2018, not rated) about the creation of Lennon’s 1971 “Imagine” album.

Foreign affairs: a woman tries to move on from sexual assault in All is Good (aka Alles ist gut) (Germany, 2018, not rated, with subtitles), which won numerous awards on the film festival circuit. Also new:

Science fiction features returning to Netflix this month include Snowpiercer (2013, R) with Chris Evans and Tilda Swinton and landmark cyber-thriller The Matrix (1999, R) and sequels The Matrix Reloaded (2003, R) and The Matrix Revolutions (2003, R).

The comedies include Wedding Crashers (2005, R) with Owen Wilson and Vince Vaughn;

James Gandolfini is an unhappily married man who becomes protective and paternal when he meets a teenage hooker (Kristen Stewart) in Welcome To the Rileys (2010, R), costarring Melissa Leo (Prime Video and Hulu). Stewart also costars in the road movie drama The Yellow Handkerchief (2008, PG-13) with William Hurt and Maria Bello (Prime Video and Hulu).

Laddie: The Man Behind the Movies (2017, not rated) profiles producer and studio executive Alan Ladd Jr., who championed such movies as Star Wars, Blade Runner, and Young Frankenstein.

Samantha Mathis is a scientist who uses cloning to help cure her serial killer-son in All That We Destroy, the eighth episode of the horror series Into the Dark.

Cult movies include the original Rollerball (1975, R) with James Caan and Repo! The Genetic Opera (2008, R), a rock musical about a bleak future where organ transplants are repossessed. I’m not a fan of either of them but they do hold a certain fascination for me.

True stories: At the Heart of Gold: Inside the USA Gymnastics Scandal (2019, not rated) reminds viewers that behind the scandal was a serious crime of sexual abuse. Also new: the six-part series On Tour with Asperger’s Are Us features new episodes each Tuesday.

The Polish crime drama Blinded by the Lights: Season 1(Poland, 2018, not rated) from HBO Europe is available exclusively on HBO Now, HBO Go, and HBO On Demand.

Abbey Lee is a newlywed married to a scientist husband (Ciaran Hinds) with a dark secret in the thriller Elizabeth Harvest (2018, R).

Anthony Head and Warren Clarke are retired burglars who return to their trade out of boredom in The Invisibles: Complete Series (2008), a comic crime series that lasted a single entertaining season.

New to The Criterion Channel this week are Carol Reed’s classic thrillers The Fallen Idol (1948) with James Mason and The Third Man (1949) with Joseph Cotton and Orson Welles. Also new: