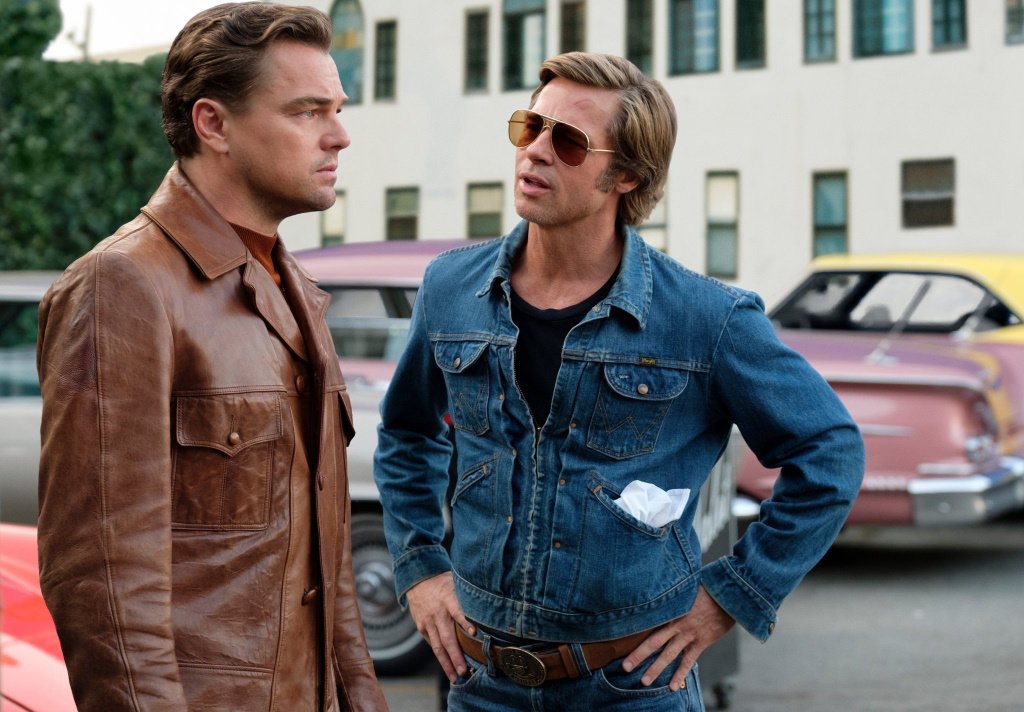 “Once Upon a Time… in Hollywood” (2019, R) is another mix of history and fantasy from Quentin Tarantino, a paean to late 1960s Los Angeles starring Leonard DiCaprio as a fading (fictional) TV star, Brad Pitt as his aging stunt double, and Margot Robbie as real-life actress Sharon Tate. It’s a loving tribute to actors and wistful farewell to the end of an era, but it also weaves in the terror of the Manson Family and features some very bloody, almost cartoonishly extreme violence. The Oscar frontrunner and Golden Globe nominee is on Cable on Demand and VOD, also on disc and at Redbox.

Michael Bay directs Ryan Reynolds in the Netflix Original “6 Underground” (2019, R), a globetrotting action adventure about an elite squad that works off the grid. It’s from the screenwriters of “Deadpool,” which means there’s also plenty of humor. Corey Hawkins, Dave Franco, and Mélanie Laurent co-star. Now streaming on Netflix.

Hailee Steinfeld buys a beat-up VW bug that turns out to be an alien robot on the run in the “Transformers” prequel “Bumblebee” (2018, PG-13). John Cena costars in the youth-skewing adventure set in 1987. Now streaming on Amazon Prime Video and Hulu.

“The Expanse” was my pick for the best science fiction series on TV when it was cancelled by SyFy, but the ambitious space opera isn’t over yet. Amazon Prime Video continues the adventure as the fourth season takes the show into a whole new galaxy. The mix of imaginative frontiers, practical challenges, and conflicts rooted in human greed and prejudice keep sprawling series grounded in its transition to the streaming universe. Ten episodes streaming on Prime Video.

Holiday trimmings: “Jack Whitehall: Christmas with my Father” is a raunchy holiday extravaganza from the British comedian. It’s new to Netflix along with “A Family Reunion Christmas” (2019, TV-PG) and the comedy specials “The First Temptation of Christ” (2019) and “The Last Hangover” (2018) (both Brazil, not rated, with subtitles) from the comedy group Porta dos Fundos.

Jessica Chastain, James McAvoy, and Bill Hader star in the horror film “It: Chapter 2” (2019, R), the conclusion of the two-part adaptation of the Stephen King novel, and Constance Wu and Golden Globe nominee Jennifer Lopez take the leads in the based-on-a-true-story crime drama “Hustlers” (2019, R). Also on disc and at Redbox.

Also new is “Freaks” (2018, R), a twist on the superhero drama with Emile Hirsch and Bruce Dern, and “In Fabric” (2019, R), a horror film from director Peter Strickland starring Marianne Jean Baptiste and Gwendoline Christie.

Available same day as select theaters nationwide is the horror movie “Rabid” (2019, not rated), a remake of the David Cronenberg film from the Soska Sisters. Also new is “The Great War” (2019, R), a platoon drama about a lost African-American unit in World War II, and “Hell on the Border” (2019, R), a western about the first black deputy U.S. marshal west of the Mississippi.

Joel Edgerton, Carmen Ejogo, and Riley Keough star in “It Comes at Night” (2017, R), a survival thriller set in the midst of a devastating pandemic.

Streaming TV: third season of “Outlander,” the sexy and smart historical drama based on the novels of Diana Gabaldon, separates the time-crossed lovers (Caitriona Balfe and Sam Heughan), but not for good.

Casey Affleck directs and stars in “Light of My Life” (2019, R) as a father protecting his daughter (Anna Pniowsky) after an apocalypse decimates the female population. Elisabeth Moss costars.

International TV: “Hostel Daze: Season 1” (India, with subtitles) is a college comedy set in a student hostel of an engineering school in India.

Kid stuff: Before Steven Spielberg’s “The Adventures of Tintin,” the boy journalist turned globe-trotting adventurer created by Hergé was featured in animated shows and feature films produced in France. Watch “The Adventures of Tintin: Complete Series” (France, 1959) and the features “Tintin and the Lake of Sharks” (France, 1972, not rated) and “Tintin and the Prisoners of the Sun” (France, 1969, not rated), all presented in English language editions. For a deeper dive, follow up with the documentary on its creator “Hergé in the Shadow of Tintin” (France, 2016, not rated), also in English

The third and final season of “Marvel’s Runaways” (TV-14), about a team of teenage superheroes fighting their villain parents, is now available to stream in its entirety.

Peter Sarsgaard is a “house tuner” hired to diagnosis the ambient noises in homes in the indie drama “The Sound of Silence” (2019, not rated).

True stories: “Blackfish” (2013, PG-13) examines the effects of capturing and training killer whales for marine park shows. Also newly arrived is “The Push” (2019), which follows adventurer Grant Korgan as he overcomes a spinal injury to push himself to the geographic South Pole.

Charlize Theron is a candidate for president and Seth Rogen a journalist and childhood buddy who becomes her speech writer in “Long Shot” (2019, R), a romantic comedy set in the world of politics.

Ten years after the end of the groundbreaking series “The L Word,” Jennifer Beals, Leisha Hailey, and Katherine Moennig return for “The L Word: Generation Q” with a new cast of supporting characters.

New episode of both on Sunday nights on all Showtime platforms.

All four feature-length mysteries of “Midsomer Murders: Series 21” (2019), the latest season of the British series, make their stateside debuts on both Acorn TV and Britbox.

The second season of “Tell Me a Story,” a modern riff on classic fairytales created by Kevin Williamson, launches on CBS All Access with new episodes each Thursday.

John Garfield takes on the Humphrey Bogart role in “The Breaking Point” (1950), the second, underappreciated film version of Ernest Hemingway’s “To Have and Have Not.” The Criterion Channel presents the film with supplements from the special edition disc release.