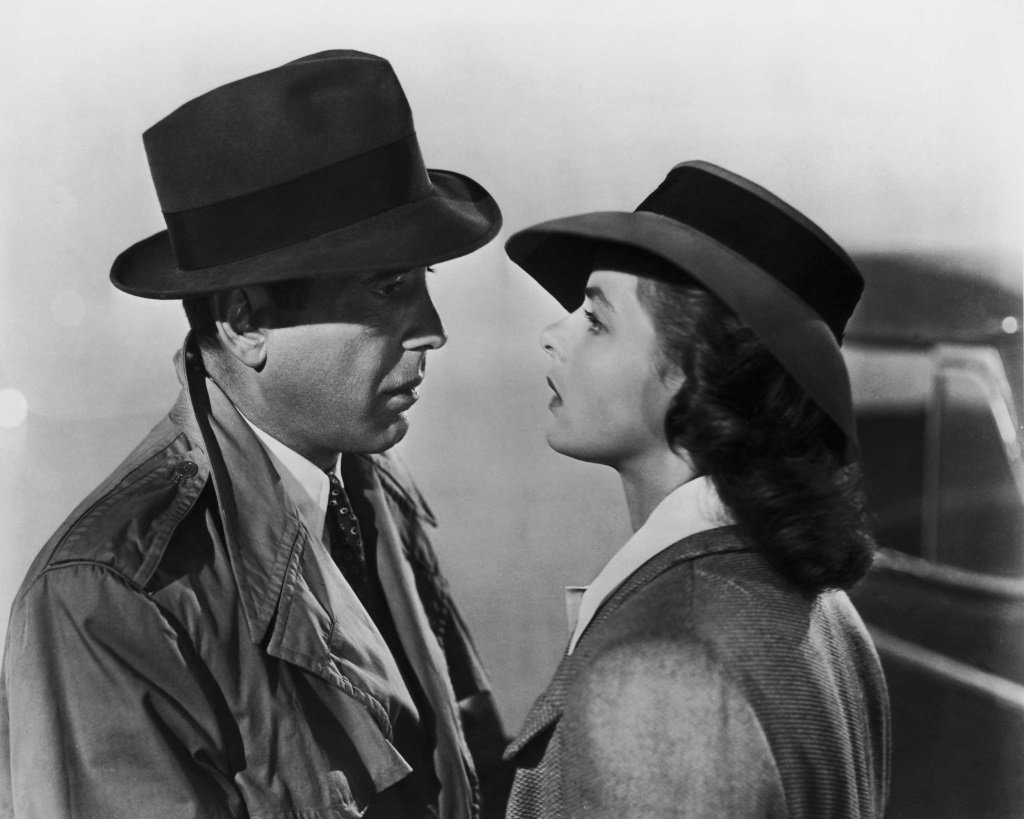 FilmStruck is expanding its library to feature iconic Hollywood classics from the TCM library, including Casablanca (1942) with Bogie and Bergman, Rebel Without a Cause (1955) with James Dean, A Night at the Opera (1935) with the Marx Brothers, An American in Paris (1951) with Gene Kelly, sci-fi classic Forbidden Planet (1956), and every Astaire and Rogers musical.

TCM will add hundreds of films to the library over the next few months, making most of them available for six months before they cycle out for new titles. FilmStruck will curate collections and spotlight the films as they do with their other offerings and offer exclusive archival extras and bonus material. It confirms FilmStruck, a partnership between TCM and The Criterion Collection, as the leading steaming service for classic movies. The Warner Archive streaming service is shutting down in the transition (current subscribers will be shifted to FilmStruck). There’s a 14-day free trial period if you want to try it out.

The Academy Awards are just a few days away and four major nominated films are newly available on Cable and Video On Demand, including three best picture nominees.

Also on DVD, with Darkest Hour available at Redbox.

Keeping with the Oscars, Hulu presents foreign language nominee The Square (Sweden, 2017, R, with subtitles), a dryly witty social satire set in the privileged world of high art and wealthy patrons that won the top prize at the Cannes Film Festival.

Valerian and the City of a Thousand Planets (2017, PG-13), Luc Besson’s lavish, candy-colored space opera based on the “Valerian and Laureline” French comics of the 1970s, is the most expensive French production ever made and it’s all up there is the film’s giddy visual imagination.

Kenneth Branagh directs Murder on the Orient Express (2017, PG-13) and stars as Agatha Christie’s Hercule Poirot with a star-studded cast of suspects.

French-Canadian zombie drama Ravenous (Canada, 2017, not rated, with subtitles) takes an intimate approach to surviving the undead apocalypse but doesn’t spare the gore.

Mentalist and illusionist Derren Brown shows how an ordinary person can be manipulated to commit a horrific act in his Netflix Original special Derren Brown: The Push (2018, TV-MA).

The new month brings a new collection of movies. Here are a few highlights:

Ben Stiller faces a mid-life crisis when he meets successful old friends while visiting colleges with his teenage son in Brad’s Status (2017, R).

The LGBTQ romantic comedy Signature Move (2017, not rated) is set in the luchador world of masked wrestlers.

Cult: the short film Heavy Metal Parking Lot (1986, not rated), a DIY documentary featuring videotaped interviews with Judas Priest fans waiting for a concert, was the original a viral video, spread via bootleg videotapes in the days before streaming video.

True stories: Spettacolo (2018, not rated) reveals a small village in Tuscany with an unusual tradition: every year they turn their issues and anxieties and lives into an original play.

Among the new batch of films and TV shows this month are these family-friendly options:

The services share a number of notable new films this month. Here are some highlights:

Jeff Daniels and Peter Sarsgaard star in The Looming Tower, a dramatic series based on the Pulitzer Prize-winning tome about how American intelligence missed the 9/11 attacks. The first three episodes are now available, new episodes arrive each Wednesday.

A scientist trapped in an underground bunker starts to lose his bearings in the indie sci-fi drama Twenty Twenty-Four (2017, not rated).

Notes from the Field (2018, not rated) is a one-woman stage show written and performed by Anna Deavere Smith and recorded exclusively for HBO.

Evan Peters is a rookie journalist who tries to go undercover with The Pirates of Somalia (2017, R) in the fact-based drama co-starring Al Pacino and Melanie Griffith.

Asa Butterfield and Britt Roberson star in The Space Between Us (2017, PG-13), a young adult science fiction romance.

Along with an expanded classics library from TCM, FilmStruck adds a new weekly spotlight: Bette Davis is the Star of the Week. 23 films are now streaming, from tough pre-code films Hell’s House (1932) and Three on a Match (1932) to beloved romantic dramas Dark Victory (1939) and Now Voyager (1942) to Whatever Happened to Baby Jane (1962) with Joan Crawford. My personal favorite of the line-up is The Little Foxes (1941) from director William Wyler, featuring a ferocious, Oscar-nominated performance from Davis.

Director of the Week is Fred Zinnemann and the collection includes his debut feature Redes (Mexico, 1936, not rated), hard-edge film noir Act of Violence (1949) with Robert Ryan and Van Heflin, and Oscar-winning classic From Here to Eternity (1953) with Burt Lancaster, Montgomery Clift, and Deborah Kerr.

There’s also a cleverly-curated collection on the “The Art of the Con” that includes such diverse selections as Mel Brooks’ original The Producers (1967, not rated), Orson Welles’ wily documentary/essay film F for Fake (1973, not rated), and Arturo Ripstein’s blackly comic true crime thriller Deep Crimson (Mexico, 1996, not rated, with subtitles).

New on Criterion Channel is the tender The Spirit of the Beehive (Spain, 1973, not rated, with subtitles), one of the favorite films of Oscar-nominated director Guillermo Del Toro, and four surreal French comedies films by Luis Bunuel presented with supplements featured on the Criterion disc releases, including Oscar-winner The Discreet Charm of the Bourgeoisie (1972, PG, with subtitles).