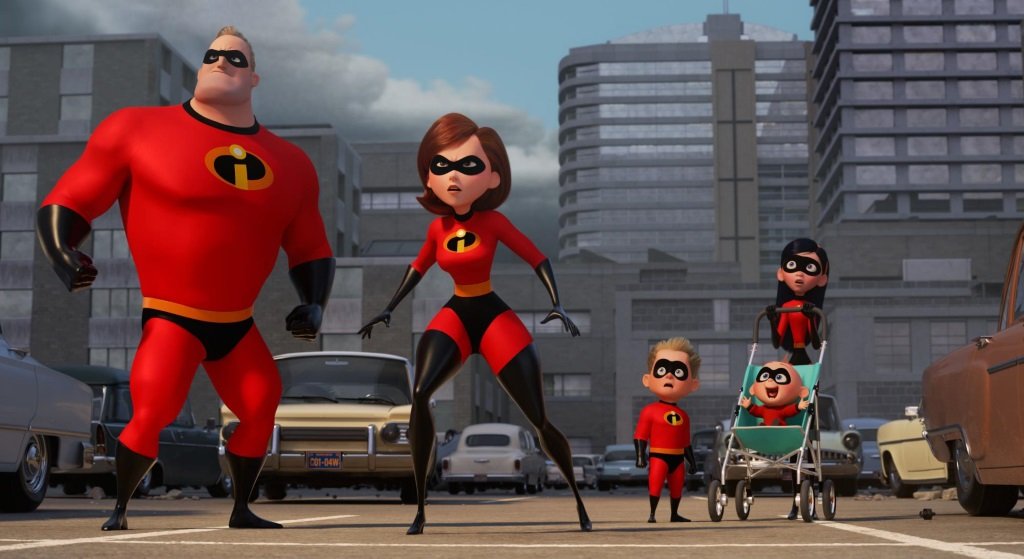 Ant-Man and the Wasp (2018, PG-13) lightens the apocalyptic tone of Marvel’s big screen comic book universe with a comic adventure that puts Evangeline Lilly in the shrinking suit to partner with Paul Rudd’s disaster-prone superhero. Director Peyton Reed has a lot of fun with the incredible shrinking (and growing) spectacle and balances the heroics with deft character humor and visual gags. On Netflix.

Agatha Christie’s The ABC Murders stars John Malkovich as an aging, tormented Belgian detective Hercule Poirot in a new take Christie’s novel set in the hostile 1930s culture of nationalism in England. A co-production between BBC and Amazon Studios, the three-part miniseries makes its U.S. debut on Amazon Prime Video.

Natasha Lyonne is a party girl who keeps dying and reliving the same day over and over again in Russian Doll, a twist on Groundhog Day with a gallows humor and a metaphysical mystery. “Scene by scene, it finds raw, affecting themes about mortality and grieving, and it has some legitimately cool plot twists,” praises Emily Nussbaum for The New Yorker. Eight episodes on Netflix.

Jake Gyllenhaal stars in Velvet Buzzsaw (2019, not rated), a supernatural thriller set in the mercenary world of high art from Nightcrawler director Dan Gilroy. “Initially a sour satire, it starts to play as if it were an expanded vignette from one of those ’70s British horror anthology films like Asylum and Tales That Witness Madness,” argues Glenn Kenny at The New York Times. The satire of greed in the culture of art and commerce comes direct to Netflix after premiering at Sundance.

Luca Guadagnino’s Suspiria (2018, R) is less a remake of Dario Argento’s cult horror movie than a reimagining of the story of an American dancer (Dakota Johnson) in a German dance company run by a coven of witches. Tilda Swinton costars in multiple roles (unrecognizable under impressive makeup) in this elegant art-house version of a horror movie. On Cable On Demand and VOD, also on disc and at Redbox.

Classic pick: Dorothy Arzner, a rare career woman director in the Hollywood’s early sound era, directs Merrily We Go To Hell (1932), a sassy pre-code drama starring Fredric March as a lush of a newspaperman and Sylvia Sidney as his society wife. A dapper young Cary Grant is quite debonair in an early supporting performance in this portrait of New York society decadence. Amazon Prime Video.

Kristen Stewart is an American Personal Shopper (France, 2016, R, with subtitles) to a French celebrity in Paris in the enigmatic ghost story/murder mystery from filmmaker Olivier Assayas.

Hailee Steinfeld is a teenage mess in The Edge of Seventeen (2016, R), a perceptive and sympathetic coming-of-age comedy about the emotional turmoil of growing up out of step. Woody Harrelson costars as her sardonic but supportive history teacher.

Foreign affairs: a teenage boy navigates the conflicts between his mother and his father’s gay lover in after his father dies and his secret life is revealed in Dear Ex (Taiwan, 2018, not rated, with subtitles).

Older films cycling through the library this month include About a Boy (2002, PG-13) with Hugh Grant and Nicholas Hoult;

Albert Finney is a small time Liverpool entertainer who plays private detective and lands in the midst of a dangerous case in the playful mystery Gumshoe (1972, rated GP), the feature debut of director Stephen Frears. Reviewed on Stream On Demand here.

Mackenzie Davis and Carrie Coon star in the indie comedy Izzy Gets the F Across Town (2018, not rated)

Vincent Cassel and Léa Seydoux star in Beauty and the Beast (France, 2016, PG-13), an English language version of the French fantasy directed by Christophe Gans. Reviewed on Stream On Demand here.

True stories: Generation Wealth (2018, not rated) investigates how the obsession with wealth and status symbols have warped the American Dream.

Kid stuff: the teenage witches are back in Just Add Magic: Season 3.

Older films cycling through the catalog include romantic drama The Time Traveler’s Wife (2009, PG-13) with Rachel McAdams and Eric Bana;

Evan Rachel Wood is a sweet but vulnerable free spirit in the romantic drama Barefoot (2014, PG-13) with Scott Speedman and J.K. Simmons (Amazon Prime and Hulu). Also new this month:

The Fox Live (almost) presentation of the musical Rent (2019, TV-14) is now available, along with the big screen Rent (2005, PG-13) with members of the original Broadway cast.

Into The Dark: Down, the fifth feature-length episode of the Hulu Original horror anthology, features Matt Lauria and Natalie Martinez as office workers trapped in an elevator of Valentine’s Day weekend in a mash-up of romcom and horror conventions.

Standup: Amanda Seales: I Be Knowin’.

Elle Fanning is Mary Shelley (2018, PG-13) in the drama about the author of the novel “Frankenstein.”

Peter Stormare stars in coming of age drama Age of Summer (2018, not rated), set in the surfing culture of 1986.

Also new for February are The Road (2009, R) with Viggo Mortensen, based on the novel by Cormac McCarthy;

The first three seasons of the medical drama The Royal, a spinoff of the sixties-set British drama Heartbeat, are now streaming on BritBox.

Captain Marleau (France, with subtitles), a murder mystery starring Corinne Masiero as an eccentric detective, was the most watched television show in France in 2017. New episodes arrive Tuesdays.

Also new is Welcome to Hindafing (Germany, with subtitles), a social satire set in a small Bavarian town.