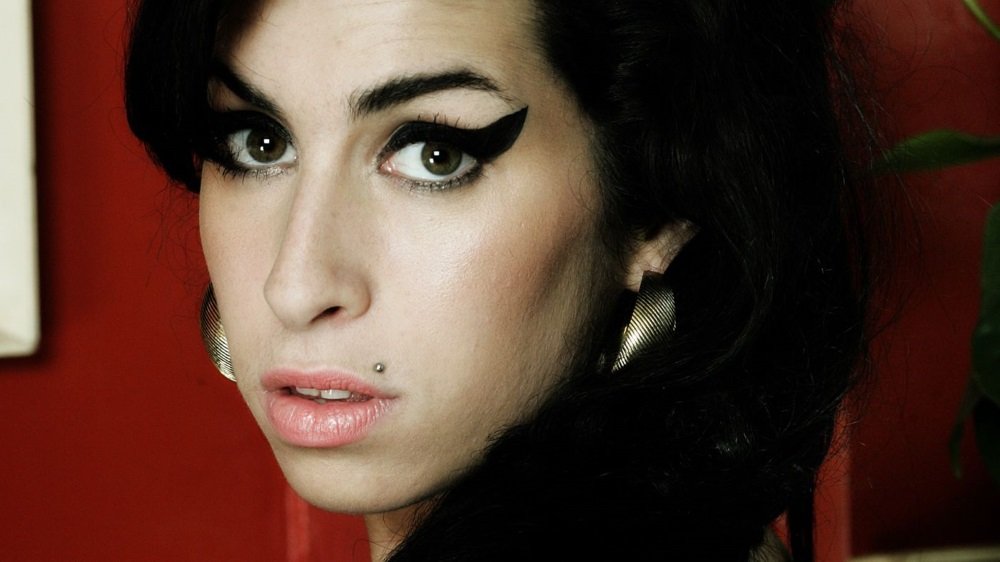 Amy profiles Amy Winehouse, the British singer / songwriter whose was cut short by addiction and whose slide into self-destruction was chronicled in agonizing detail by the media that hounded her. Director Asif Kapadia, who had access to rare concert footage and intimate video of Winehouse, offers an intimate and enlightening portrait of both the artist and the person behind the public image. It’s on the shortlist for the documentary category of the Academy Awards and considered a favorite. Rated R for language and drug content. Also on DVD, Blu-ray, and Digital formats.

Available same day as select theaters nationwide is Life with Robert Pattinson as a magazine photographer assigned to cover James Dean (R), the drama Every Thing Will Be Fine with Rachel McAdams and James Franco (no rating), the Israeli zombie horror JeruZalem, the family-friendly biopic Walt Before Mickey with Thomas Ian Nicholas and Jon Heder (PG), MI-5, the big screen version of the British TV spy series (R), and the holiday comedy Christmas Eve with Jon Heder and Patrick Stewart (PG).

Bill Murray is your host for A Very Murray Christmas, the Netflix original Christmas special he created with filmmaker Sofia Coppola, and guests include George Clooney, Chris Rock, Miley Cyrus, and Amy Poehler. “Directed by Coppola and infused at every turn with Murray’s plaintive deadpan and fine melancholy tenor, it’s prickly and sweet, familiar yet abruptly non sequitur and gently, surprisingly modern,” writes Los Angeles TV critic Mary MacNamara. “It’s also less than an hour, which makes it more chaser than feast and leaves you wanting more.” No rating but family friendly.

Tangerine (2015), nominated for four Independent Spirit Awards and appearing in critic’s awards and best-of-the-year lists across the country, is an unconventional Christmas tale about two transgendered friends on an odyssey across Los Angeles to find a cheating boyfriend. It was shot on iPhones (tricked out with sophisticated apps) by director Sean Baker to get the color and energy of the on-the-streets location shooting, but it’s the chemistry of the leads, Kitana Kiki Rodriguez and Mya Taylor, that gives the film its charge. R.

What Maisie Knew (2013) reimagines Henry James’ novel in the modern world of urban New York, where a six-year-old girl (Onata Aprile) is trapped in the middle a custody battle between her parents (Julianne Moore and Steve Coogan). Given that tough situation, filmmakers Scott McGhee and David Siegel find a sense of hope and optimism thanks to the commitment of two unpaid caregivers who give the girl unconditional love. R.

The Netflix exclusive documentary Tyke: Elephant Outlaw revisits the real-life rampage of a circus elephant who, after years of mistreatment, escaped and went wild on the streets of Honolulu. No rating.

Also new this week: the Ray Charles biopic Ray (2004) with Jamie Foxx (PG-13), the offbeat romantic drama Stuck in Love (2012) with Jennifer Connelly and Greg Kinnear (R), and The Best Offer (2013), a drama set in the world of artworks and auctions with Geoffrey Rush and Donald Sutherland (R).

Chris Rock directs, writes, and stars in Top Five as a once-edgy comedian trying to remake himself after a career in sloppy comedies and a stint in rehab. It’s Rock’s most personal film, a mid-life comedy that channels his uncensored stand-up material into an R-rated film, and Rosario Dawson co-stars. Reviewed on Stream On Demand here.

Something’s Gotta Give (2003) – Diane Keaton received a well-earned Golden Globe Award and Oscar nomination for her delicious performance as Erica Barry, a divorced New York playwright who becomes a reluctant host to notorious millionaire playboy Harry Sanborn (Jack Nicholson, doing what he does best, namely being Jack Nicholson). He’s a charmer who is dating her gorgeous young daughter (Amanda Peet) when a heart attack lays him low, and he find himself drawn to Erica, a smart, funny, and (as he unexpectedly discovers) quite sexy woman his own age, as he recuperates in her Hamptons beach house. Keanu Reeves co-stars as Harry’s young doctor and romantic rival. Nancy Meyers directs the PG-13 grown-up romance.

The Details (2012) is a black comedy with Toby Maguire and Elizabeth Banks as a suburban couple whose seemingly happy life unravels as bad behavior and poor decisions comes back to haunt the smug, self-absorbed Maguire. Really, there aren’t many characters here to like, let alone respect, but I do respect filmmaker Jacob Aaron Estes for not taking the easy way out or letting his characters off the hook. This is only for folks who like an nasty edge to their satire. Kerry Washington, Laura Linney, Ray Liotta, and Dennis Haysbert co-star. Rated R.

Absent minded professor Cary Grant and elegant Ginger Rogers are a stable, staid old married couple who get a jolt of youth from Grant’s experimental serum Monkey Business (1952) as an old married couple reinvigorated by a youth serum. Howard Hawks’ low-key screwball is one of the slyest comedies of classic American cinema.

The Wiz Live!, the NBC musical starring Queen Latifah, Mary J. Blige, and David Alan Grier, is available on Hulu the day after its network premiere.

RocketJump: The Show takes you behind the scenes of the short films by the YouTube creators to explore the creative process from idea to finished project. The first episode is now available and new episodes debut each Wednesday.

Vice Special Report: Countdown to Zero looks at groundbreaking AIDS research that may lead to a cure.

The spy thriller Kingsmen: The Secret Service (Fox, Blu-ray, DVD) is another comic book movie, this one from the Mark Millar / Dave Gibbons comic about an ancient organization of British agents that recruits upper-class teens to replace fallen members. Director Matthew Vaughn takes a gleeful approach to the violence and mayhem, which is both fun and a little creepy. But give the film credit for proving that Colin Firth makes a classy action hero (and not so much credit for Samuel Jackson’s turn as a lisping supervillain). Taron Egerton stars as the upstart recruit and Mark Strong and Michael Caine co-star. R for extreme violence.

Available Saturday, December 5 is Get Hard with Will Ferrell and Kevin Hart. R.

Also new this month: Divergent (2014), the first film in the other young adult dystopian thriller with a female lead (Shailene Woodley here), and the quirky romantic drama Waitress (2007) with Keri Russell and Nathan Fillion, a lovely little film that deserves to be seen by more people.

The Spymasters: CIA in the Crosshairs, a documentary on the history and legacy of the intelligence organization, is a candid look into the workings of the modern CIA. No rating.

The Who Live in Hyde Park presents Pete Townsend and Roger Daltrey in concert on their 50th anniversary tour.