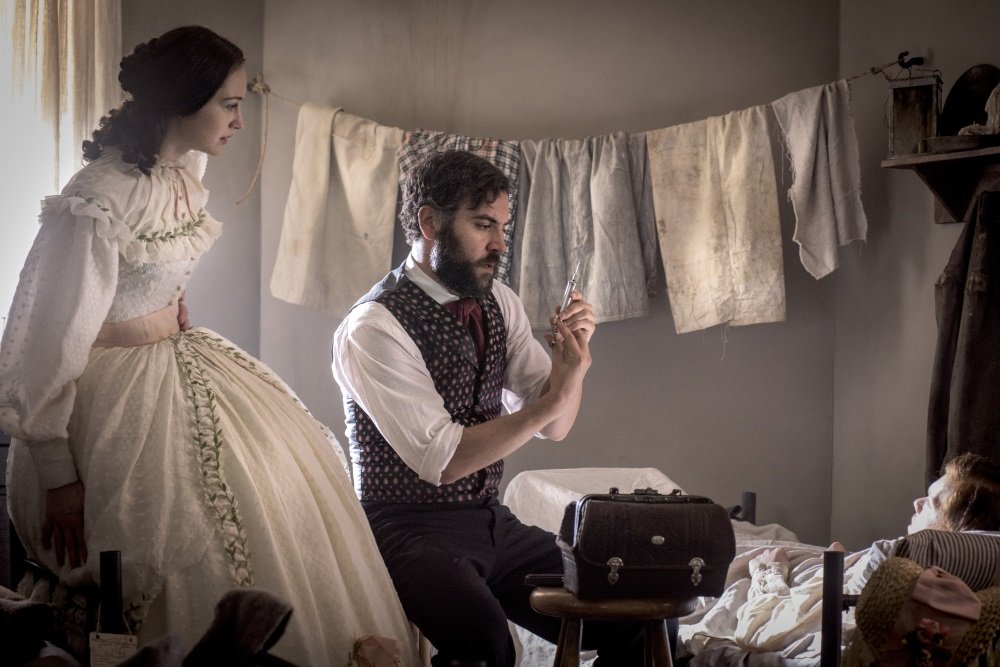 Hooked on the new PBS series Mercy Street or simply curious to see what the buzz is about? You can new stream new episodes of this American drama, set in a military hospital in the Union-occupied city of Alexandria in Confederate Virginia during the Civil War, a week after they debut on PBS. Josh Radnor, Mary Elizabeth Winstead, and AnnaSophia Robb star.

On a related note, The Crimson Field: Season 1 is a British drama set in a field hospital on the French coast in World War I. Oona Chaplin stars as a volunteer nurse. Also on Amazon Prime.

Goosebumps brings the stories of kids horror author R.L. Stine to the big screen as a colorful comic adventure, starring Jack Black as Stine and a cast of imaginary creatures that escape from his books and into the real world. The kid-friendly monster mash is rated PG and is also on Blu-ray, DVD, and digital download.

The Assassin is a martial arts drama as cinematic poem, a graceful period piece starring Asian superstar Shu Qi as trained killer ordered to kill the man (Chen Chang) to whom she was once betrothed. Taiwanese filmmaker Hou Hsiou-Hsien (who won the Best Director prize at Cannes) is less focused on jaw-dropping action than the quiet beauty of the world around the battles. No rating, the violence is PG-level. Reviewed in Stream On Demand here.

Also new: Burnt with Bradley Cooper as a superstar chef trying rebuild a career wrecked by drugs and ego (R) and A Brilliant Young Mind with Asa Butterfield as a socially awkward prodigy competing in the International Math Olympics (PG-13).

Chelsea Handler hosts Chelsea Does (2016), a four-part documentary series made for Netflix that delves into marriage, racism, Silicon Valley and drugs: the things that fascinate Ms. Handler.

Turbo Kid (2015) drops plucky kids into the post-apocalyptic B-movies of the eighties for the story of a comic book-obsessed teenager who becomes a hero in the wasteland of “the future: 1997.” Not rated, features gory violence.

Frozen Planet (2011), from the creators of “Planet Earth,” explores life in both the Arctic and Antarctic with the same high-definition photography and impressive wildlife views that have defined the best of the British natural history documentaries of the past decade. The show introduces us to the animals in the frozen deserts and seas and the seasons of these extreme climes, as well as the effects of global climate change on the habitat.

Also part of the series (but listed separately) are Frozen Planet: On Thin Ice (2011) and Frozen Planet: The Epic Journey (2011), and you can go behind the scenes of the episodes with The Making of Frozen Planet (2012).

Ever After High: Dragon Games is the fourth season in the high school fantasy about the children of fairy tale characters. This one is for under ten set.

More streaming TV: Ripper Street: Season 3, the BBC series about the police in Whitechapel in the aftermath of the Jack the Ripper killings (8 episodes), and From Dusk Till Dawn: Season 2, which continues the story of the Gecko brothers versus the Mexican vampire conspiracy (10 episodes of very bloody action horror).

Johnny Depp is international art dealer Mortdecai in the caper comedy with Gwyneth Paltrow and Ewan McGregor. It was a flop but Depp really rocks that mustache! R.

In the Norwegian drama Troubled Water (2008), an ex-convict (Pål Sverre Valheim Hagen) starts a new life for himself as a church organist who brings services to life with his music, until his past sins come back. It’s a redemption story that doesn’t forget about the damage of the past. In Norwegian with English subtitles.

Fear the Walking Dead: Season 1, a prequel companion piece to the hit zombie drama, drops the viewer at ground zero in Los Angeles and watches civilization collapse over a brief six-episode debut season. The second season begins on AMC in April. Reviewed on Stream On Demand here.

Also new: the horror film As Above/So Below. R.