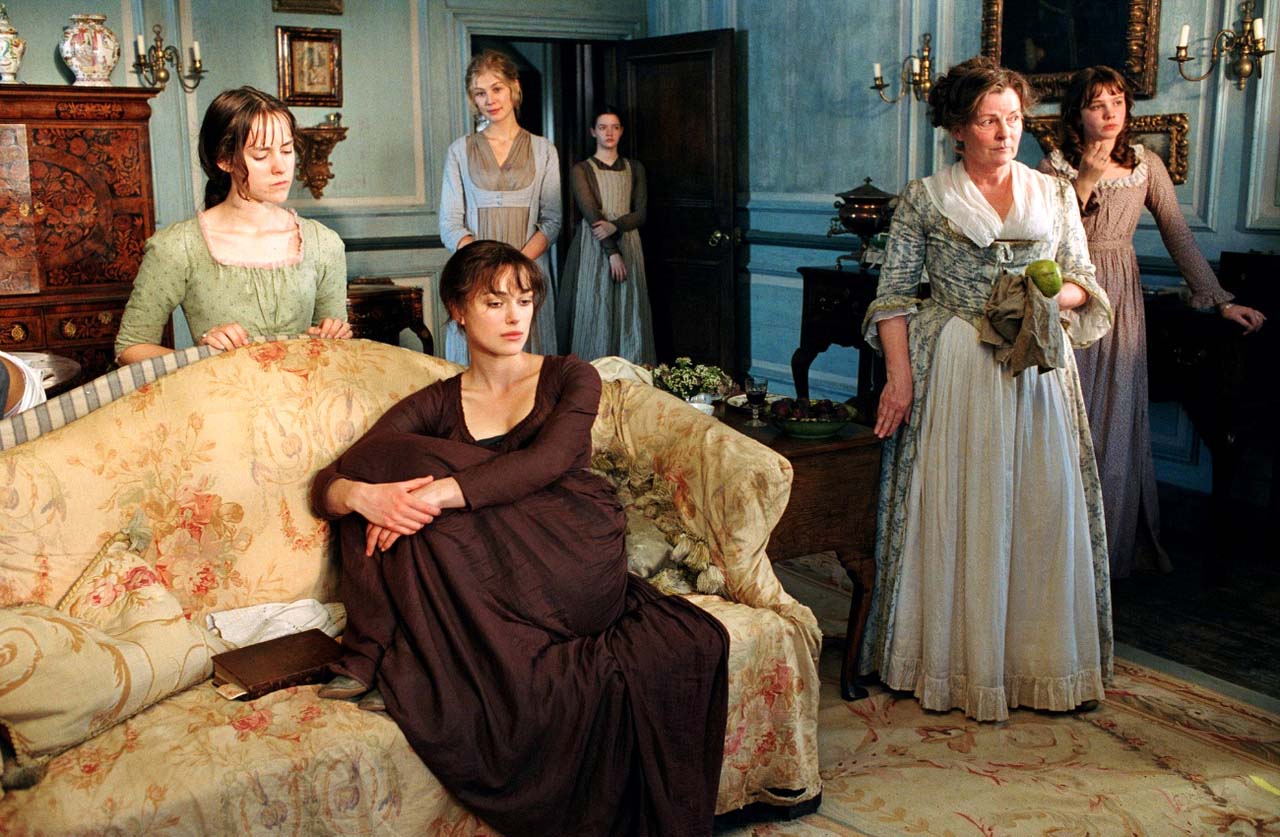 Happy 2016. Here are a few of the recent arrivals on Netflix, Amazon, and the rest of the streaming and VOD services.

Keira Knightley is the headstrong and feisty Elizabeth Bennet in Pride and Prejudice, the 2005 adaptation of Jane Austen’s classic novel of love, class and social convention. Matthew Macfadyen is the starchy and severe Mr. Darcy, whose stiff adherence to class division is bent when he falls for the intelligent and strong-willed Elizabeth, Rosamund Pike is Elizabeth’s beautiful elder sister Jane, Brenda Blethyn and Donald Sutherland are the parents, and Jena Malone, Talulah Riley and Carey Mulligan round out the Bennet sisters. Directed by Joe Wright, it’s a smart, witty and elegant adaptation. PG.

More of a classics fan? Here are a few from Hollywood’s golden age: the film noir Call Northside 777 (1948) with James Stewart, the Jules Verne adventure Journey to the Center of the Earth (1959) with James Mason, and romance with John Wayne and Maureen O’Hara in The Quiet Man (1952), William Holden and Jennifer Jones in Love is a Many-Splendored Thing (1955), and Cary Grant and Deborah Kerr in An Affair to Remember (1957).

Here’s one you might have missed: Battle Creek: Season 1, which is also the only season of this offbeat crime show from creators Vince Gilligan (Breaking Bad) and David Shore (House, MD). It’s a quirky character piece with Josh Duhamel as a straight arrow federal agent assigned to a backwater office in Battle Creek, Michigan and Dean Winters as a cynical yet earnest detective who gets teamed up with him. It never found its audience and lasted a mere 13 episodes, but its eccentric sense of humor and the not-exactly-buddy comedy chemistry between modest golden boy Duhamel and tetchy, exasperated Winters is quite entertaining. Kal Penn and Janet McTeer co-star.

For all those who don’t have Showtime, now is your chance to catch up with Nurse Jackie: Seasons 1-7, a dark comedy starring Edie Falco as a veteran nurse with a prescription drug addiction.

Debra Messing is a New York homicide detective and the mother of young twin boys in The Mysteries of Laura: Season 1.

Bone Tomahawk is a fine western that flirts with horror when members of a peaceful frontier town are abducted by a primitive tribe of cannibals. Kurt Russell leads the rescue posse through the treacherous desert. R. Reviewed on Stream On Demand here.

In I’ll See You in My Dreams, Blythe Danner and Sam Elliott find love the second time around. PG-13.

Also new: Dazed and Confused (1993), Richard Linklater’s loving portrait of high school rebellion and conformity in 1976 (R), and the recent The Gambler with Mark Wahlberg (R) and the animated kids comedy The Spongebob Movie: Sponge Out of Water (PG).

CSI: Series Finale Parts 1 & 2 brings the long-running crime procedural, the show that made the forensic geek squad the sexy part of criminal investigation team, to a close, complete with return appearances by original cast members William Peterson and Marg Helgenberger

Jason Statham stars in Wild Card as a Las Vegas bodyguard with a gambling problem. R.

Also new: the movies The Gambler (R) and The Spongebob Movie (PG), which are also on Amazon Prime.

Russell Crowe directs and stars in The Water Diviner as an Australian man who travels to Turkey in 1919 to find his three sons who went missing in the battle of Gallipoli. R.

Harry & Paul’s Story of the Twos celebrates the 50th anniversary of BBC Two with skits lampooning the programming.