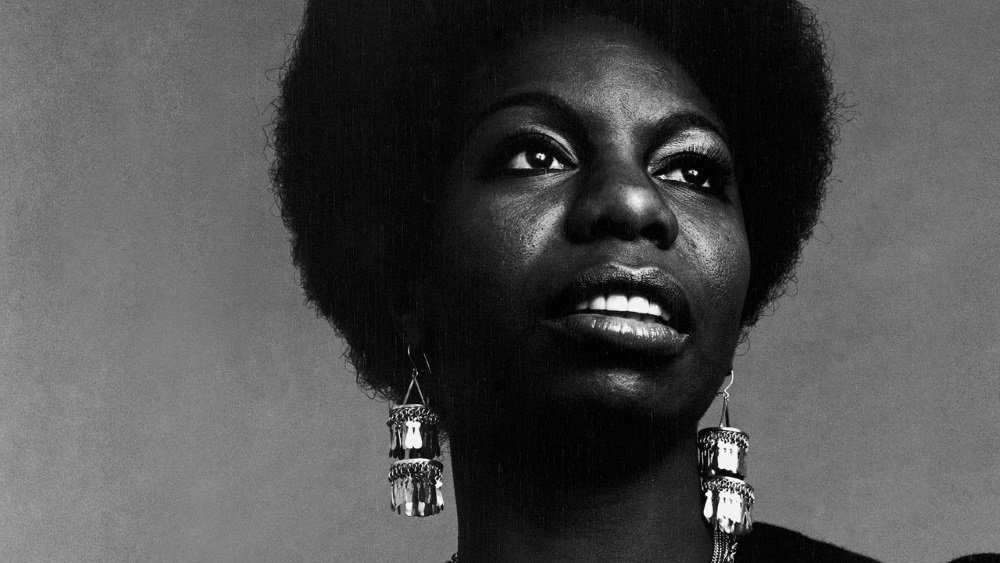 The Oscar nominations have been announced and two of the nominees for Best Documentary are Netflix originals: What Happened, Miss Simone?, a portrait of Nina Simone, the classically-trained jazz singer, civil rights activist, and “high priestess of soul,” by filmmaker Liz Garbus, and Winter on Fire, about the unrest in Ukraine in 2013 and 2014 that grew into a revolution.

And here’s another nominee from a category we don’t usually get a chance to explore: Don Hertzfeldt’s 16-minute World of Tomorrow, one of the nominees in the animated short category, has just been added to Netflix.

Winner of two Golden Globe awards and nominated for seven Oscars, The Martian is a smart, sturdy science fiction drama built on actual science, creative problem solving, and an impressive performance by Matt Damon as an American botanist left behind on a Mars mission who brainstorms ways to survive. Science wins! Also available in 3D version on some systems. Rated PG-13. Reviewed on Stream On Demand here.

Available same day as select theaters nationwide are the comedies Moonwalkers with Ron Perlman and Rupert Grint (R) and A Perfect Day with Benicio Del Toro and Tim Robbins (R), the thriller The Benefactor with Dakota Fanning and Richard Gere (not rated), and the indie drama Lamb with Ross Partridge (not rated).

Suburbia meets the new sexual revolution in the comedy The Overnight (2015), a racy comedy with Adam Scott and Taylor Schilling as easy-going parents and Jason Schwartzman and Judith Godrèche as adventurous neighbors who nudge them way past their comfort zones. R.

Tom Hanks headlines The Ladykillers (2004), the Coen Bros.’s remake of the classic British caper comedy, transferred to rural Mississippi, set to a score of blues inflected gospel, and directed in the key of Coen. He’s a dapper, erudite English professor with a love of poetry and a plot to steal a fortune from a riverboat gambling operation, by tunneling into the vault from the basement of his church-going landlady’s (Irma P. Hall) home, and Marlon Wayans, Tzi Ma, Ryan Hurst, and J.K. Simmons are his mismatched partners-in-crime. It’s not their best film, but it has a great soundtrack. Rated R.

From Norway comes the provocative TV thriller Occupied (2015), about a “silk-glove” invasion of Norway by Russia after it stops oil production to combat climate change. It’s quite the sensation in Europe. 10 episodes, in Norwegian, Russian, and English.

The Spoils Before Dying (2015), a sequel to The Spoils of Babylon, spoofs the private eye genre and the sprawling TV epics of the seventies. Michael Kenneth Williams, Kristen Wiig, and Will Ferrell star in the IFC mini-series.

The teen drama Degrassi: The Next Class: Season 1 revives the acclaimed Canadian high school drama for a new generation of kids on the screen and in the audience.

Parks and Recreation: Season 7, the final season of the sitcom with Amy Pohler and the funniest ensemble on TV in its time, takes the show into the future and brings the series to a satisfying end.

In Goodnight Mommy, an acclaimed psychological thriller from Austria, filmmakers Severin Fiala and Veronika Franz create an unnerving sense of anxiety as young twin brothers suspect that their mother, wrapped in bandages after a surgery, is actually an imposter. In German with English subtitles, rated R. Reviewed on Stream On Demand here.

From Brazil comes The Second Mother, a drama about a live-in housekeeper, her estranged daughter, and the family she works for. The Portuguese-language production won awards at Berlin and Sundance. R.

Just Add Magic: Season 1 is a new Amazon original series for kids about three teenage girls who find out that grandma’s cookbook is actually a collection of spells!

Red Riding Trilogy (2009) is a mesmerizing trio of British films that covers ten years of crime and corruption in the North of England as a serial killer preys on children. It’s a remarkable production that changes style with each film (1974, 1980, 1983) while weaving its story across the trilogy. Andrew Garfield, Paddy Considine, Rebecca Hall, and Sean Bean star. No rated, for mature audiences. Reviewed on Stream On Demand here.

France comes the social satire In The House (2012) from filmmaker Françoise Ozon and starring Fabrice Luchini and Kristin Scott Thomas, and two from filmmaker Alain Resnais: the dramatic fantasy Life is a Bed of Roses (1983) with Vittorio Gassman and Fanny Ardant and the romantic drama Love Unto Death (1984).

Mad Max: Fury Road is not only the most interesting and the most visceral action thriller of the year. It’s been nominated for 10 Academy Awards! Rated R. Reviewed on Stream On Demand here.

On Saturday, January 16, Sesame Street: Season 46 premieres on HBO, which will have the season exclusively until the Fall, when it goes to PBS as well.

Midwinter of the Spirit, a British supernatural thriller starring Anna Maxwell Martin as a vicar who helps police investigator David Threlfall solve a grisly miller, makes its U.S. debut on Acorn TV. The first episode of the three-part drama is now available, the subsequent installments debut on successive Mondays.

Don’t forget that you can still stream Sherlock: The Abominable Bride, with Benedict Cumberbatch and Martin Freeman taking their Holmes and Watson back to Victorian England, free on the PBS website until Sunday, January 24.