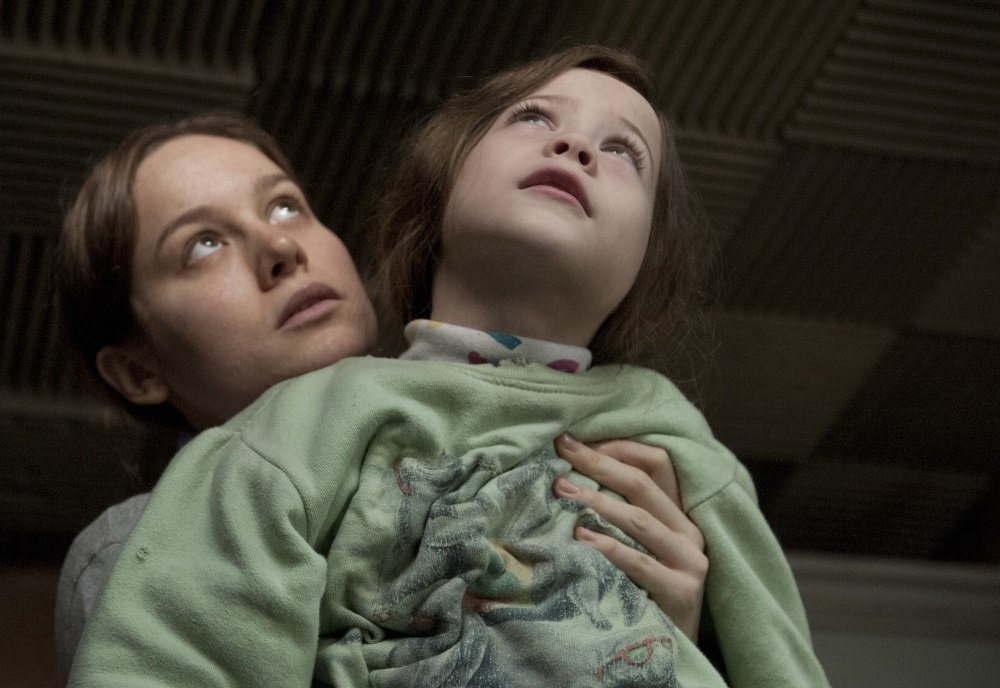 The Academy Awards will be handed out on Sunday and two of the Best Picture nominees are now available to watch at home: Spotlight, nominated for six awards and a favorite for the Original Screenplay category, and Room, up for four awards and a heavy favorite for Brie Larson as Best Actress. Both are rated R.

Spotlight, the story of the Boston Globe reporters who revealed the Catholic Church’s systematic cover-up of abusive priests for decades, is the best newspaper film since All the President’s Men. It features a superb cast (led by Oscar-nominated Mark Ruffalo and Rachel McAdams) and crisp but unassuming direction. Also on Blu-ray and DVD. Reviewed on Stream On Demand here.

Room, the stirring drama of a young mother (Larson) who devotes herself to nurturing the spirit of her young son while help captive, transforms a potential horror story into a celebration of love and courage.

We’ve compiled a guide to the Oscar nominated films available to watch at home (through pay-per-view, VOD, or streaming subscription) at Stream On Demand here.

Also new: Youth, starring the not-at-all young Michael Caine, Harvey Keitel, and Jane Fonda and nominated in the Original Song category (R); the animated The Good Dinosaur, which is a family-friendly PG and is also available in 3D version through participating systems; the thriller Secret in Their Eyes with Chiwetel Ejiofor, Nicole Kidman, and Julia Roberts (PG-13); and the sports drama My All American with Aaron Eckhart and Finn Wittrock (PG-13).

The Look of Silence (2014), Joshua Oppenheimer’s follow up to The Act of Killing, looks at the legacy of genocide in Indonesia. It is the fourth Oscar nominee for Best Documentary that is now available on Netflix.

Bare (2015) stars Dianna Agron (Glee) as a Nevada girl pulled out of her familiar world and into a culture of drugs and danger (with a side strip to a strip club stage) by a female drifter (Paz de la Huerta). Not rated, mature audiences.

All six episodes of Mercy Street: Season 1, the PBS drama set in an army hospital in Union-occupied Virginia during the American Civil War, are now available to Prime members.

Amazon picks up The Fashion Fund: Season 3, the unscripted design competition series previously seen on the Ovation channel, and releases it TV style: one episode a week. The season premiere debuted this week.

Blue Is the Warmest Color (2013) is an acclaimed French drama about a teenage girl who finds first love with a strong, self-confident young woman (Léa Seydoux). Rated NC-17 for nudity and sexual content. Reviewed on Stream On Demand here.

For the kids, new episodes of Thomas & Friends, Barney, Bob the Builder, and Angelina Ballerina.

Channing Tatum gets the band of shirtless brothers back together in Magic Mike XXL (2015), a road trip buddy film about male strippers leaving the life for one last show. Reviewed on Stream On Demand here.

Available on Saturday, February 27 is San Andreas, the disaster spectacle that pits Dwayne Johnson against an earthquake.

The British cop drama Suspects is a crime drama with improvised dialogue and documentary style. It makes its American debut on Acorn TV, with new episodes arriving every Monday.