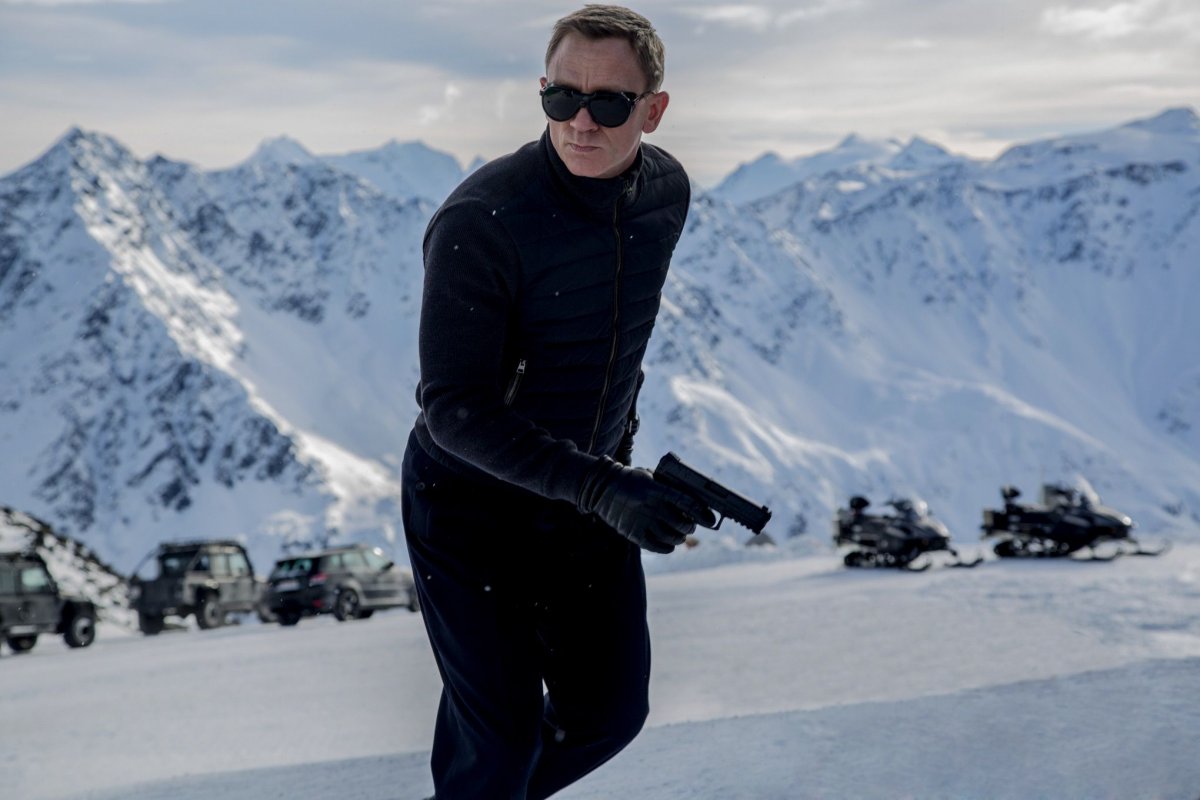 Spectre, the 24th James Bond film and the fourth starring Daniel Craig, continues to explore the origins of 007 and his connection to a supervillain nemesis (played by Christoph Waltz) whose “secret” identity should be obvious to any fan of the series. In fact, it’s kind of a comic book origin story of a supervillain and a bit out of place in the franchise. Do we really need to humanize Bond, or trace the origins of his nemesis to a fraternal conflict?

The opening scene, set in Mexico City in the midst of the Day of the Dead celebrations, is one of the best in the series, and we get the fun of Bond once again going rogue, this time with the covert help of both Q (Ben Whishaw) and Moneypenny (Naomie Harris). Even M (now played by Ralph Fiennes) has his back. Léa Seydoux is the love interest this time around (for a rather unconvincing romance), Monica Bellucci has a single scene (kind of a waste of such a strong screen presence), and Andrew Scott (Moriarty in BBC’s Sherlock) is clearly up to no good from the moment he steps on screen. PG-13.

On Cable On Demand on most cable systems. Also on Blu-ray and DVD, and available through iTunes, Amazon Prime, Vudu, and other VOD services.

Crimson Peak, directed by Guillermo Del Toro (Hellboy and Pan’s Labyrinth) and starring Mia Wasikowska as a smart, strong American heroine who is orphaned and whisked away to a haunted, rotting English manor, delivers Gothic romance and ghost story chills with grand style and melodramatic flourish. R. Also on Blu-ray and DVD. Reviewed on Stream On Demand here.

Also new: the drama 99 Homes set in the aftermath of the mortgage crisis (R), Lily Tomlin as a frank and funny Grandma on a mission to help granddaughter Julia Garmer (R), the dysfunctional family Christmas comedy Love The Coopers with Diane Keaton, John Goodman, Amanda Seyfried, and Olivia Wilde (PG-13), and the horror comedy Freaks of Nature (R).

Dope (2015) is a quirky tale of hip-hop-loving high school geeks in the hood with sarcastic banter and comic escapades. Rated R for language, nudity and drug. Reviewed in Stream On Demand here.

The Girl in the Book (2015) stars Emily VanCamp as an aspiring writer who has to confront her past, including a relationship with a published author (Michael Nyqvist) who modeled a character in his signature novel on her. R.

Girls: Season 2, the anti-Sex and the City series of twentysomething women in New York City created by and starring Lena Dunham, arrives on Amazon Prime (just before the fifth season debuts on HBO). Along with the compromises, disappointments, and regrets of its female characters (Dunham, Allison Williams, Zosia Mamet, and Jemima Kirke), this season expands its reach to explore the lives of the men around them, notably Adam Driver as Hannah’s former boyfriend and Alex Karpovsky as Shoshanna’s underemployed boyfriend.

The documentary Meru (2015) won a Sundance award and nominations from the DGA and Independent Spirit Awards but was overlooked by the Oscars. Not rated.

Nigel Hawthorne and Helen Mirren earned Oscar nominations for The Madness of King George (1994), the screen adaptation of the play by Alan Benett. PG-13.

Saved by the Bell, the high school sitcom that became a Saturday morning live-action hit, ran for four seasons in its original incarnation with Mark-Paul Gosselaar, Tiffani-Amber Thiessen, Elizabeth Berkley, Mario Lopez, and Dustin Diamond as Screech. The entire series in now exclusively streaming on Hulu.

A Merry Friggin’ Christmas (2014) is yet another dysfunctional family holiday comedy, this one with Robin Williams and Joel McHale as estranged father and son who bond on a road trip through a blizzard. PG-13.

Johnny Depp is international art dealer Mortdecai in the caper comedy with Gwyneth Paltrow and Ewan McGregor. It was a flop but Depp really rocks that mustache! R. Also on Amazon.

Spare Parts tells the inspirational true story of a team of four Hispanic students in an underfunded high school to who take on MIT in a robotics competition. George Lopez and Marisa Tomei star. PG-13. Also on Amazon.

Errol Morris’s The Thin Blue Line (1988), a landmark of non-fiction filmmaking for both its inventive and conceptually daring style and for its advocacy, helped exonerate an innocent man on death row.

A Walk Among the Tombstones (2014), directed and adapted from the Lawrence Block novel by Scott Frank and starring Liam Neeson as Matt Scudder, Block’s ex-cop turned recovering alcoholic private investigator, proved a little to grueling for audiences. But if you like modern detective fiction, this film captures the gritty, pared-down quality of a tough American crime novel.

Annabelle (2014), the prequel to The Conjuring, is haunted doll horror. R.

Juliette Binoche is a 40-something actress struggling with a new role and Kristen Stewart is her smart, capable assistant in Clouds of Sils Maria (2014), a superb drama about art, aging, and acceptance from French filmmaker Olivier Assayas. R. Reviewed on Stream On Demand here.

Helen Mirren is an imperious restaurateur in The Hundred-Foot Journey (2014) in the feel-good foodie drama racial tolerance, cross-cultural inspiration, and fusion cuisine. PG. Reviewed on Stream On Demand here.

Also new are the 2015 documentaries Meru (see Amazon above) and In My Father’s House featuring Grammy-winning rapper Che ‘Rhymefest’ Smith.

Liberty of London: Series 1 & 2 is nonfiction series that looks at the workings of the British department store.