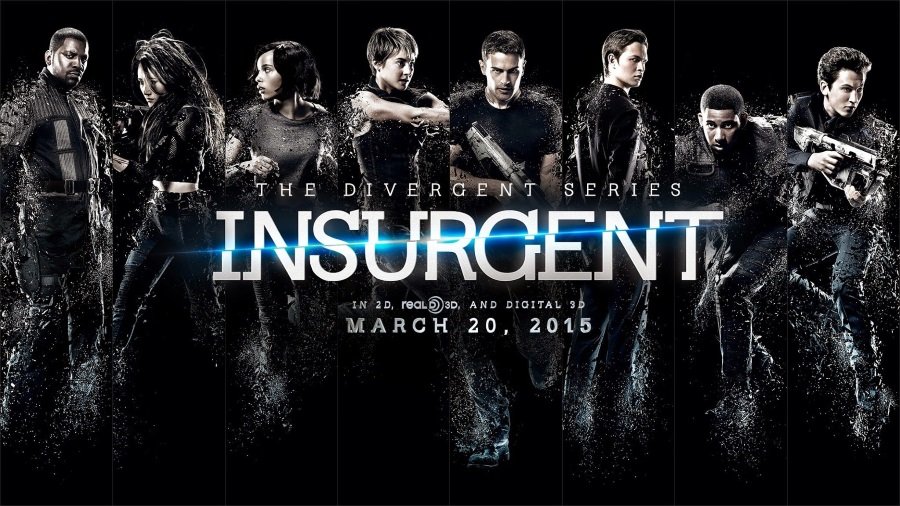 The Divergent Series: Insurgent, the second film in yet another young adult series about our doomed future, is—like The Hunger Games—built on a strong young woman and a superb young actress (Shailene Woodley). But where The Hunger Games, another metaphor in the guise of a dystopian science fiction thriller, creates a complete world with an organic (if simplified) logic and order to its existence, the Divergent films are symbolic constructs without a world-building logic underneath and this simplistic script fails to make the metaphorical struggle over choice and free will into anything interesting, let alone compelling. The rest is beautiful bodies in motion and big-budget action spectacle parceled out with such regularity it feels more programmed than written.

That may work just fine for the target audience primed to identify with a rebel who doesn’t fit into the labels applied by society and finds the inner strength to define herself. I’ve seen it play out so many times that I need something more. A lot more. Kudos, however, to Miles Teller for bringing hotheaded energy to the only wild card character in the cast. And if you’re wondering whether it’s worth the investment, just know that there are two more films to go before the story is over. It’s PG-13 for violence and adult themes.

Carey Mulligan is the headstrong young heiress Bathsheba Everdene in the new version of Thomas Hardy’s Far from the Madding Crowd and Matthias Schoenaerts, Michael Sheen, and Tom Sturridge are her suitors. The 19th century drama is PG-13 for violence and sexuality.

Also new: the thriller Child 44 with Tom Hardy and Gary Oldman (rated R) and the faith-based drama Do You Believe? with Mira Sorvino and Sean Astin (PG-13).

Available same day as select theaters nationwide are the thrillers Dark Places with Charlize Theron (rated R) and The Falling with Maisie Williams (not rated) plus Nicolas Cage in the political drama The Runner (PG-13).

Kathryn Bigelow’s The Hurt Locker (2008), starring Jeremy Renner in a career-launching performance as a cowboy bomb disposal tech in Iraq, won six Academy Awards in 2010, including Best Picture and Best Director. More on Stream On Demand here or just queue it up.

The BBC miniseries Dancing on the Edge, starring Chiwetel Ejiofor as the leader of black jazz band in early 1930s London, mixes jazz and politics for a dark portrait of British culture before War World II. More on Stream On Demand here or just queue it up.

Kristen Wiig stars in the discomforting indie comedy Welcome to Me (2014), playing an unstable woman with Borderline Personality Disorder who wins the lottery, goes off her meds, and uses her money to fund her own talk show, an utterly off-the-rails production that gets more surreal with each episode. Queue it up!

For parents looking for kid stuff with a side of education, there’s the new Netflix original series Project MC2, about four brainy tween girls who use science to battle bad guys. Queue it up.

For younger kids there’s the vintage Reading Rainbow: Season 1 with LeVar Burton (queue it up), and for the wee ones there’s Daniel Tiger’s Neighborhood: Season 2 (queue it up).

British comedian Russell Brand is almost as famous for his outspoken politics and social commentary as for his manic comedy. He uses his fame to explore drugs, addiction, and public policy in a pair of BBC programs: Russell Brand: From Addiction to Recovery (2012), an examination of his own struggle with addiction made in the wake of the overdose death of Amy Winehouse (queue it up), and Russell Brand: End the Drugs War (2014) (queue it up).

A Most Violent Year (2014), a smart, shadowy tribute to the American crime dramas of the seventies, stars Oscar Isaac as an ambitious businessman and Jessica Chastain as his fierce, fearless wife fighting both shady politics and mob-connected assaults in the crime-ridden culture of early 1980s New York City. More on Stream On Demand here or just add to watchlist.

Clint Eastwood’s Unforgiven (1992) won four Oscars, including Eastwood’s first for Best Picture and Best Director, and gave him one of his best roles as a craggy former gunfighter on one last job. More on Stream on Demand or simply add to watchlist. The very next year he played an aging Secret Service agent tracking would-be Presidential assassin John Malkovich in In the Line of Fire (1993). Add to watchlist.

The HBO comedy series Curb Your Enthusiasm: Seasons 1-8 (1999-2011) presents Larry David, a co-creator of “Seinfeld” and the inspiration for George Costanza, playing an even more extreme version of himself applying his acerbic wit and jaundiced view of the world to Los Angeles. The seventh season includes an actual Seinfeld reunion, co-written by Jerry Seinfeld. Add to watchlist.

Here’s a porcine pair of G-rated films for the kids: porkers rule in the live-action Babe (1995), which is imaginative enough to entertain adults as well as kids (add to watchlist), and the original animated Charlotte’s Web (1973) (add to watchlist).

Acerbic comedians Julie Klausner and Billy Eichner are Difficult People in the Hulu original sitcom about acerbic New York comedians who drag their contempt through their everyday lives. Debuts this week with two episodes.

Antiviral (2012), the debut feature of Brandon Cronenberg (son of David), brings inevitable comparisons to his father and echoes themes of J.G. Ballard (Crash, the novel and the Cronenberg adaptation, not the other one). In this near future, fans share “biological communion” with entertainment superstars via celebrity viruses, which results in a black market viral thieves (who use their own bodies to smuggle the cultures) and genetically-modified meat that borders on cannibalism. Weird stuff. More at Stream On Demand here.

HBO original programming isn’t all you get with HBO NOW and HBO GO. You get their featured movies as well and this week it’s Oscar-winning Best Picture Birdman: or (The Unexpected Virtue of Innocence) with Michael Keaton. It also won Oscars for director Alejandro González Iñárritu, for the screenplay, and for the delirious, constantly-on-the-move cinematography.

They also add a few favorites from years past: the romantic comedy Four Weddings and a Funeral (1994) with Hugh Grant, John Cleese’s A Fish Called Wanda (1998), the romantic classic An Officer and a Gentleman (1982) with Richard Gere and Debra Winger, and Joss Whedon’s Serenity (2005).