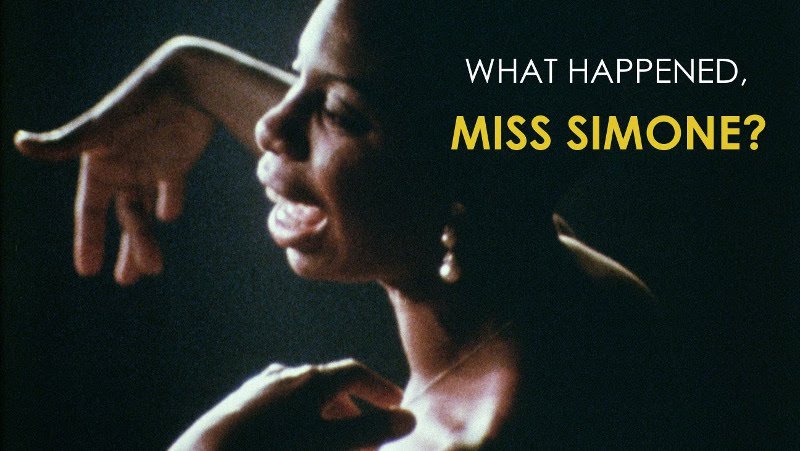 Netflix doesn’t release anything like Nielson ratings of its shows but it’s safe to say that documentaries have been doing well for the service. based on how much they have devoted to bringing non-fiction to the catalog, and how competitive they’ve become with theatrical distributors.

Netflix produced the award-winning documentary “What Happened, Miss Simone?” which opened the Sundance Film Festival in January and debuts on Netflix days after winning the top prize at AFI Docs Festival. The portrait of Nina Simone, the classically-trained jazz singer, civil rights activist, and” high priestess of soul,” was made by Oscar-nominated filmmaker Liz Garbus, who was given full access to the family archives. See it before “Nina,” the biographic drama with Zoe Saldana that was made without the input of the Simone estate, comes out later this year.

Scott Foundas, reviewing the film for Variety after its Sundance debut, described the film as a “meticulously researched, tough-love portrait of the brilliant but troubled folk/jazz/soul diva, drawing on a vast archive of audio interviews, diary pages and performance footage that allows Simone (who died of cancer in 2003) to answer the title question in her own unmistakable words. A most satisfying rendering of a complex cultural legacy…”

Netflix also recently added two earlier documentaries by director Liz Garbus, her Oscar-nominated debut The Farm: Life Inside Angola Prison (1998), about the biggest maximum security prison in the country, and her 2003 documentary Girlhood, a portrait of two teenage girls in Baltimore’s juvenile justice system. More about them on Stream On Demand here.

Hulu is your exclusive streaming source for the complete run of “Seinfeld,” the legendary sitcom about nothing… not that there’s anything wrong with that. Is it must-see streaming TV after all these years? Put on your puffy short, become the master of your domain, and join Jerry, George, Elaine, and Kramer for a few episodes and find out. More here, or just go straight to Hulu.

Hulu also adds two more shows to the library—Guillermo Del Toro’s sci-fi/horror series “The Strain: Season 1” (queue it up) and the cable sitcom “Married: Season 1” (queue it up)—plus “The Bridge: Season 2” (queue it up) the final season of the crime thriller that straddles the border between El Paso and Juarez. Along with its recent exclusive deals for the original “CSI” and the 2015 hit “Empire,” this makes Hulu a little more competitive with streaming leaders Netflix and Amazon Prime.

The 2014 BBC sitcom “Vicious,” starring Ian McKellan and Derek Jacobi as a longtime gay couple, plays like a throwback to a shrill era of outsized stereotypes. Both characters are flamboyant and catty, like a decades-old stereotype of flaming queens who haven’t changed even as the world around them has, and the show traffics in the big, loud, nasty kind of insult humor that defined the worst clichés of boisterous British TV comedy in the seventies. Not to my taste, but there is a certain satisfaction in watching two British greats of both stage and screen spar. See it here.

“Covert Affairs: Season 5” brings the sleek USA original spy show, starring Piper Perabo as a no-longer-rookie agent, to a close. The lively, lightweight series was never particularly original or distinctive but it was a terrific showcase for Perabo, who delivered an action heroine who is genuinely personable, endearingly self-effacing and simply fun to be around. Add it to your watchlist.

It’s a good week for women on Netflix. In addition to the documentary “What Happened, Miss Simone?” we have “Beyond the Lights” (2014), a music-industry drama from Gina Prince-Bythewood, who returns to the themes of her breakthrough film, the underrated “Love & Basketball.” Gugu Mbatha-Raw stars as Noni, a British-born hip hop superstar on the verge of imploding from the pressure as she allows her voice to be smothered by her managers and producer. And there’s an unexpected connection with the documentary “What Happened, Miss Simone?”—the song that reveals her voice is Simone’s “Blackbird.” Queue it up!

“Cake” (2014) stars Jennifer Aniston as woman struggling with debilitating pain in a chronic pain support group. She earned Golden Globe and Screen Actors Guild nominations for her performance. Queue it up.

“Creep,” the feature debut of director Patrick Brice (his new comedy “The Overnight” closed SIFF), is a psychological thriller with a dark wit and just two characters, played by Brice and co-writer Mark Duplass. And just a heads up: it goes to Netflix in four weeks, part of its new deal with the Duplass Bros., who apparently have found a way to sustain themselves by making movies and TV shows in place of sleep. Rated R for violence and language.

Available same day as select theaters nationwide is “Big Game” with Samuel L. Jackson (PG-13) and the comedies “A Little Chaos” with Kate Winslet and Alan Rickman (rated R) and “The Little Death” from Australia (not rated but features adult themes and content).