Netflix continues their foray into splashy, ambitious original series with “Sense8,” a sprawling science fiction thriller created by Andy and Lana Wachowski (“The Matrix” films) with “Babylon 5” creator J. Michael Straczynski. Daryl Hannah, Naveen Andrews, Freema Agyeman, and Doona Bae (of the Wachowskis’s “Cloud Atlas”) star in a story of eight strangers from around the world who are suddenly psychically linked and hunted by a cabal that considers them a threat. Advance word is that this is more “Cloud Atlas” than “The Matrix.”

“Beautifully shot and sublimely silly, “Sense8” is slower than “The Matrix” and not nearly as thrilling,” writes Alessandra Stanley at The New York Times. “In terms of television, it’s probably closest to ABC’s series “Lost” and NBC’s “Heroes,” but more cosmopolitan, with snazzier camera work and a lead character who has particular resonance at the moment.”

Los Angeles Times TV critic Robert Lloyd writes: “The Wachowskis like to Think Big, and their series, like their movies, is not immune to pretentiousness or ponderousness, nor to a certain fanatical stylishness that can interpose itself between the viewer and the viewed. And yet something human and daffy breaks through to the light.”

You can judge for yourself. All 12 episodes of the first season are available to watch all at once or at your own pace. Queue it up!

Before “Sense8,” the Wachowskis produced the lively, silly space opera “Jupiter Ascending” with Mila Kunis as an Earth girl targeted for death by a galactic royal family and Channing Tatum as the dog soldier with jet boots assigned to protect her. It looks like a pulp sci-fi paperback cover come to life and has all the depth of a cartoon. It’s also available in 3D for those with compatible systems. PG-13 for fantasy violence. Also on Blu-ray, DVD, and Digital HD.

“McFarland, USA” is Disney’s latest underdog sports drama with a social message. Kevin Costner is the hothead of a football coach who lands in an impoverished California desert town and starts a cross country team with Mexican-American students with little hope of a future. The suitably inspirational drama is based on a true story and designed for family-friendly viewing. It’s rated PG because no one seems to take G seriously anymore. I review it at Stream on Demand here.

The animated “The SpongeBob Movie: Sponge Out of Water,” the second feature about the excitable sea sponge and his underwater friends, is made for an even younger crowd. It’s also available in 3D.

Also new this week: the comic con man film “Focus” with Will Smith as the veteran and Margot Robbie as his protégé and the offbeat indie “Ned Rifle” with Aubrey Plaza.

On Netflix and Amazon Prime:

“Apocalypse Now” (1979) and “Apocalypse Now: Redux” (1979/2001) offer two takes on Francis Ford Coppola’s Vietnam drama-as-drug-addled theme park ride, the original, Oscar-nominated release and the expanded version that he re-edited two decades later. The additional footage (50 minutes of it) is interesting but in this case more is not necessarily better. Given the choice, I’d recommend the shorter, more focused original (which is still a major commitment at 2 ½ hours). Both versions are rated R, but “Redux” is even more so. Reviewed here.

In “People Will Talk” (1951), Grant plays an eccentric doctor whose progressive teachings at a medical school run counter to the conservative doctrine preferred by his hypocritical colleague and nemesis (Hume Cronyn) in perhaps the most unusual role in Grant’s career. He brings a warm humanism to role of a crusading professor who marries one of his students, the pregnant and single Jeanne Crain, while Cronyn calls his unusual past into question. The satire takes on the McCarthy witchhunts, political and social hypocrisy, and the dehumanizing aspects of the medical profession, not always effectively but always with a jab of interest. It’s worth it just to hear the bizarre story of Grant’s manservant Finlay Curry and to see Professor Grant and his best friend, scientist Walter Slezak, get on their knees to play with toy trains like gleeful kids. Queue it up on Netflix or watch on Amazon Prime.

William Wyler brings the lightest touch of his career to the frothy romantic comedy “Roman Holiday” (1953), a delightful escapade of a picture perfect princess (Audrey Hepburn in her first starring role who yearns to escape her royal duties for a fling among the real people. Gregory Peck is the cynical American journalist abroad who plots to turn her escapade into an exclusive story, until she melts his scheming heart along with ours. Queue it up on Netflix or watch on Amazon Prime.

John Houseman won an Oscar as the imperious Professor Kinsgfield in the law school drama “The Paper Chase” (1973) with Timothy Bottom as the student. Queue it up on Netflix or watch on Amazon Prime.

Martin Scorsese’s “The Aviator” (2004), his lavish period piece with Leonardo DiCaprio as Howard Hughes, arrives on Netflix a couple of weeks after coming to Amazon Prime. Reviewed here.

Want an eighties flashback? You can now enjoy the new wave stylings of “Something Wild” (1986), Jonathan Demme’s breakthrough movie. A screwball fling that takes a road movie turn into darkness, it is many ways his best and certainly his most enjoyable. Melanie Griffith delivers her best performance as the sexy, flaky free spirit who takes a straight-laced businessman (Jeff Daniels) on the ride of his life. It’s like a screwball Hitchcock film reworked for the freewheeling eighties indie culture (including cameo appearances by John Waters, John Sayles and The Feelies as the high school reunion band), and as their baggage tumbles out along the way, her past catches up in the form a creepily charming bad-boy ex. Credit Demme for discovering the explosive potential of a then-unknown actor by the name of Ray Liotta, who is unnerving as the old boyfriend who insinuates himself into their madcap spree, pushing their largely harmless rebellion into genuinely dangerous and predatory territory. It’s rated R. Queue it up.

“The Best of Me” stars Michelle Monaghan and James Marsden as former high school sweethearts whose feelings are rekindled when they meet again 20 years later at the funeral of a mutual friend. It’s yet another romantic drama based on a Nicholas Sparks novel, and this one co-stars Gerald McRaney and Clarke Peters. Queue it up.

“Hector and the Search for Happiness” is a comedy with Simon Pegg as a psychiatrist with a well-ordered, predictable, dull life who goes on an odyssey to… well, you read the title. Rosamund Pike co-stars as his rather patient girlfriend. Queue it up.

John Wayne is in the pilot’s seat for “The High and the Mighty,” the proto-“Airport” drama and biggest hit of 1954. Read more about it here or just queue it up.

“The Great Escape” (1963) is the exemplar of the World War II adventure movie, with Steve McQueen leading a massive cast of individualists working on the ultimate heist: escaping the “inescapable” POW camp. It’s a lot of fun but still grounded in a serious reality, and director John Sturges reminds us that there are consequences to these actions. Queue it up.

“Mostly Ghostly” and “The Haunting Hour: Don’t Think About It” are a pair of made-for-DVD scary movies for kids, both based on juvenile horror novels by author R.L. Stine. These are safely PG. You can find them here and here.

The 1980 “The Shining,” starring Jack Nicholson, Shelley Duvall, and a haunted inn in the mountains cut off from the rest of the world over winter, is more Stanley Kubrick than Stephen King, but then what do you expect? Kubrick’s horror is found in the mental disintegration of a man who chooses isolation to bring out his creative side and instead finds an angry violence that turns on his family, though he has his share of eerie moments and unsettling images. See it here.

It turns out that some of the announced Amazon Prime Instant Video arrivals scheduled to debut June 1 never came through: no “Something Wild,” no “Sid & Nancy,” no “Words and Pictures.” Maybe later in the month?

“Lars and the Real Girl” (2007) stars Ryan Gosling is shy child-man Lars, who mail-orders a fiancée and introduces the anatomically correct love doll as his living, breathing girlfriend, in the easygoing, amiable little comedy of romantic delusion and communal affection. His brother (Paul Schneider) is speechless, his worried sister-in-law (Emily Mortimer) understandably concerned, and the doting community plays along with an unflagging enthusiasm. The premise is an invitation to inevitable sight gags and director Craig Gillespie isn’t one to turn down an easy laugh, but they are all good natured and Gosling plays Lars with such wide-eyed innocence that the seamier possibilities are put to rest. The story is slight and the cinema psychiatry creaky, but for a premise with such lurid possibilities, “Lars and the Real Girl” is as easygoing and warmly innocuous as the benign irony of the title. On Hulu Plus here.

John Carpenter’s “Assault on Precinct 13” is now available. Reviewed here, and available to stream here. You can also see it on Netflix.

“Secret Agent: Season 2” has been added to the TV line-up. This season expands the series to hour-long episodes, but it still features Patrick McGoohan as Agent John Drake doing missions around the world. See it here. 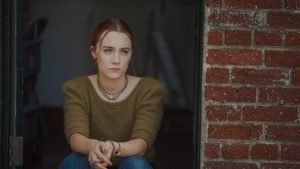