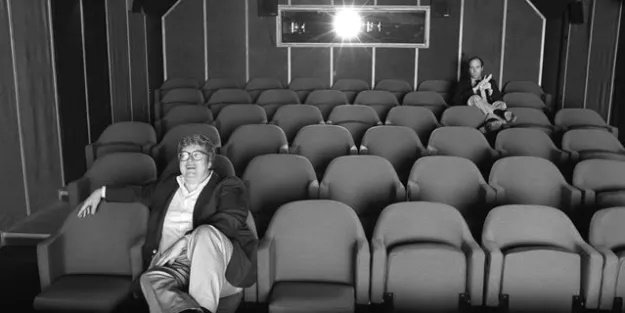 “Community,” the inventive sitcom about a misfit group of community college students that NBC cancelled after five hilarious but ratings-challenged seasons, comes back for Season 6 as a web exclusive. The first major production from Yahoo! Screen has a smaller study group and some new characters, but if the chemistry is a little different, creator Dan Harmon keeps his crazy Greendale universe alive and unhinged. Two episodes are currently available with a new episode added every Tuesday, with no subscription fee and no commercials. More on the show here.

How’s that for timing: Robert Durst, the real estate scion suspected in the unsolved disappearance of his wife and two unsolved murder, was arrested the day before the final damning episode of the investigative documentary “The Jinx: The Life and Deaths of Robert Durst” aired on HBO last week. You need to be an HBO subscriber to see the series but did you know that “Jinx” was the second project on the Durst story from filmmakers Andrew Jarecki and Marc Smerling? The names are changed in “All Good Things” (2010), a dramatic take with Ryan Gosling as the Durst-like David Marks and Kirsten Dunst as his wife, and while the fictionalized account is less compelling than their non-fiction series, it prompted Durst to contact Jarecki so he could tell his side of the story on camera. That worked out well for Jarecki, not so much for Durst. On Netflix and Amazon Prime.

Quvenzhané Wallis, the plucky, Oscar-nominated tyke from “Beasts of the Southern Wild,” takes on the sunny singing orphan in the new remake / update of “Annie,” opposite Jamie Foxx, Rose Byrne, and Cameron Diaz as the scheming Miss Hannigan. I guess the sun really will come out tomorrow. Rated PG. Also available on Blu-ray, DVD, and digital download and for rent at Redbox.

“Song of the Sea,” an animated Irish fairy tale about a human girl who transforms into a seal in the water (the mythical selkie) drawn in storybook images, was an Oscar nominee for Best Animated Feature. You can now see this family-friendly, PG-rated tale at home. And if you want to see more from distinctive Irish animator Tomm Moore, his Oscar-nominated debut feature, “The Secret of Kells,” is on Netflix and Amazon Prime.

Chris Rock writes, directs, and stars in “Top Five” (rated R) as a superstar comedian facing a midlife crisis, with Rosario Dawson as a journalist who rekindles his ambitions. Also on disc and digital formats and available at Redbox.

Also new is “Tracers,” an action film with Taylor Lautner available the same day it opens in theater, and the French comedy “If You Don’t, I Will” with Emmanuelle Devos and Mathieu Amalric.

“Life Itself,” Steve James’s documentary on the life of Roger Ebert, based on Ebert’s memoir of the same name, isn’t simply a portrait of a film critic. It’s an accounting of a life engaging with movies and with the world, of taking pride in the profession of writing, and of Ebert becoming even more determined to engage through writing when cancer took away his ability to speak. James was one of many filmmakers whose early work (specifically his documentary “Hoop Dreams”) was championed by Ebert when his TV show gave him greater reach than any other film critic in the country (a responsibility that Ebert took very seriously) and his respect for Ebert the man as well as Ebert the writer is apparent throughout the film even as it takes on Ebert’s fight with alcoholism and his dislike of TV counterpart Gene Siskel (watch those outtakes from the show’s promo shoots; the snarky insults and verbal sparring are priceless). It’s rated R.

Netflix debuts a new original series this week. Kyle Chandler is the sheriff of a small Florida Keys town and Ben Mendolsohn the black sheep brother returns home in “Bloodline: Season 1,” a drama from the creators of “Damage” (who apply a similar flashback style here). It boasts a great cast—Linda Cardellini, Sam Shepard, and Sissy Spacek co-star—and a lot of dark family secrets. All 13 episodes are now available.

More binge watch options: “A Different World: The Complete Series,” the college spin-off of “The Cosby Show,” and “3rd Rock from the Sun: Complete Series,” starring John Lithgow, Kristen Johnston, and a very young Joseph Gordon-Levitt as extraterrestrials posing as humans to study Earth, have just been added. You can also catch up with “Hawaii Five-0: Season 1-4,” which updates the classic series of gritty cops in paradise, and the Sundance TV drama “Rectify: Season 2.”

Terry Gilliam revisits “Brazil” territory in “The Zero Theorem,” a steampunk sci-fi comedy starring Christoph Waltz as a neurotic computer genius trying to find the meaning of life through a computer program.

Are you a fan of Tommy Wiseau’s inimitable “The Room,” a movie so bad that it has spawned a cult following on the midnight movie circuit? Then you just might want to see “The Neighbors,” the sitcom that he produced sometime in the last decade in the hopes of selling it to… somebody. That someone turned out to be Hulu which has four episodes of the show, a shrill, awkward, practically unintelligible production that makes “The Room” looks like “Citizen Kane.” More on the show here.