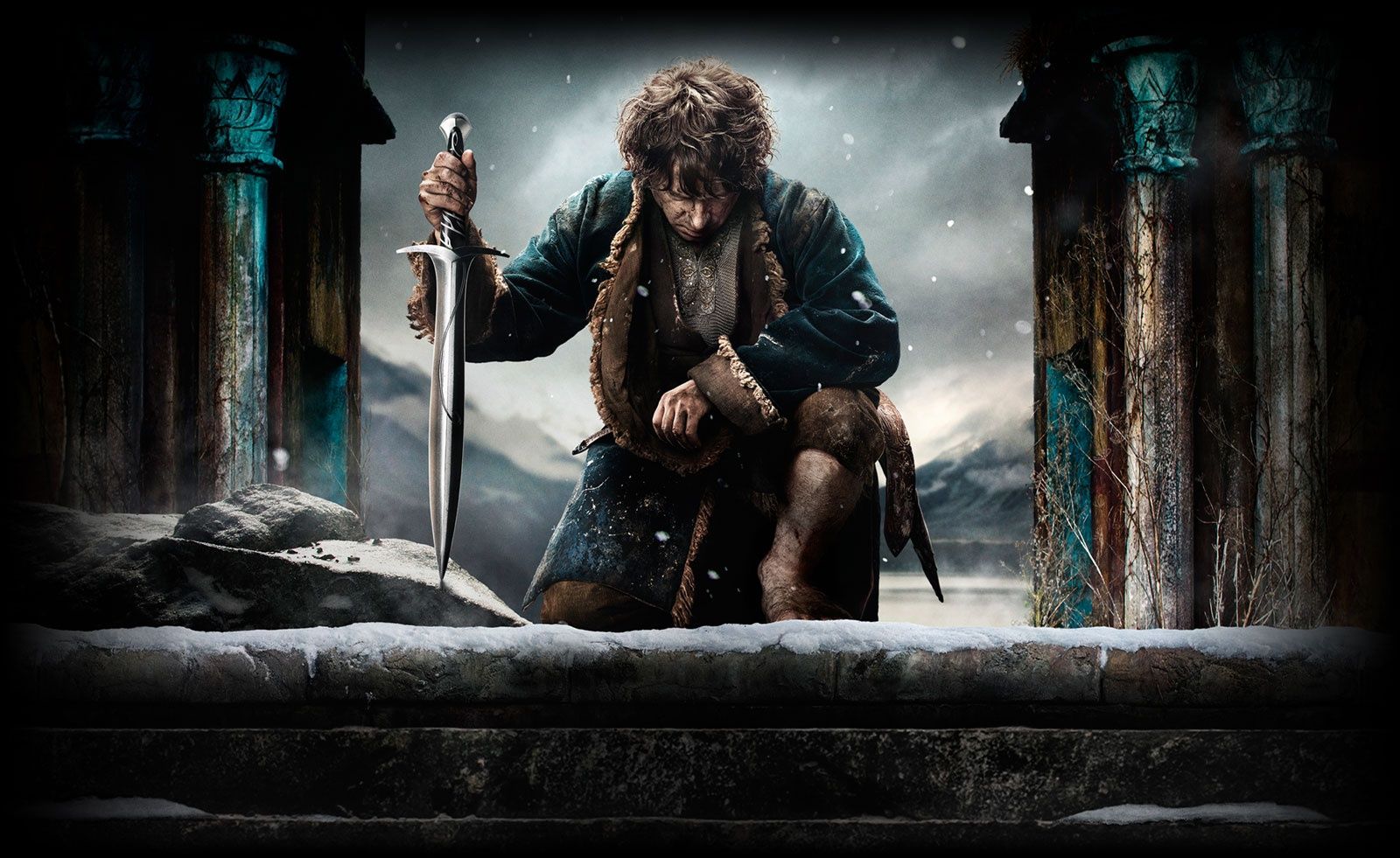 “The Hobbit: The Battle of the Five Armies“ brings Peter Jackson’s supersized take on J.R.R. Tolkein’s fantasy to its conclusion with a battle that nearly dwarfs the Middle Earth-shattering war “Lord of the Rings” trilogy (pun intended). It’s Elf and Man against Dwarf, but for the Orcs it’s personal. This is the same version that played in the theaters (available in 3D through some systems), but come Christmas you can count on an even longer version from Jackson. Rated PG-13 for “fantasy action violence.” Also on Blu-ray, DVD, and VOD.

Stephen Sondheim’s “Into the Woods” doesn’t have what you would call a catchy score—no “Let it Go” on this soundtrack—but it turns fairy tales inside out to teach a set of life lessons for adulthood in the real world. Call it a fairy tale for grown-ups with magic, giants, charming princes, Oscar-nominated costumes and sets, and a family friendly PG rating. Meryl Streep gets top billing in a big cast that includes Anna Kendrick, James Corden, Emily Blunt, Johnny Depp, and Chris Pine as the charming but shallow prince.

“Two Days, One Night” – Marion Cotillard plays a woman fighting to keep her job at a small solar panel factory while recovering from severe depression in the latest film from the Dardennes Brothers, Belgium’s realist poets of working class life and the down-and-out survivors. This is the first time they’ve cast a major star in one of their films but Cotillard fits into their naturalism beautifully, delivering a raw performance of a woman struggling just to keep her equilibrium. Comes to Cable On Demand weeks before disc and digital VOD. In French with English subtitles.

Gérard Depardieu is Dominique Strauss-Kahn, the French politician indicted for assaulting a maid in a New York Hotel, in everything but name in “Welcome to New York,” Abel Ferrara’s scandalous take on notorious affair. It hits cable the same it opens in New York. It’s not rated but it is explicit. It is, after all, from the director of “Bad Lieutenant.” This time the bearish Gérard Depardieu bares all, which should come with its own warning. No rating, features explicit scenes. In French with English subtitles.

Also debuting this week: the World War II survival drama “Unbroken,” a true story directed by Angelina Jolie (PG-13), and “The Riot Club,” a thriller with Sam Claflin and Natalie Dormer that arrives on VOD the same day it debuts in theaters.

“Mad Men: The Final Season, Part 1” – Revisit Don Draper, Peggy Olson, Joan Harris and the entire Sterling Cooper gang before the final seven episodes of the series that turned AMC into an original programming powerhouse begin in April. Like Breaking Bad before it, Mad Men‘s final season was split into two parts, essentially making two short seasons of it. These episodes, which ran in 2014, are set in 1969 and chart the efforts of Don (Jon Hamm) to work his way back into the good graces of the company he helped build (and then sabotage with his impulsive actions), the evolution of Peggy (Elisabeth Moss) into his creative equal, and the odyssey of senior partner Roger (John Slattery), who flirts with counterculture drugs and free love until he mans up to become a true leader in the firm. And if you’re obsessive about your binge-watching, Netflix has the previous six seasons as well.

“Turn: Season 1,” a new original drama on AMC, is the rare show set in the American Revolution, and this one has a novel approach: it’s inspired by the true story of the Abraham Woodhull, the head of the real-life Culper Spy Ring that supplied intelligence to the Continental Army. Jamie Bell plays Woodhull, a farmer recruited to use his smuggling lines to serve the cause of independence, while his father, the magistrate of the town, is a British loyalist. It’s an intelligent and well-made show, a little light on action and tipping toward melodramatic complications (because this time it’s personal!), but makes up for it with the focus on the creation of the civilian spy network and the conflicted loyalties of those in the middle of it. The second season begins on AMC in April.

Also new is “Garfunkel and Oates: Season 1,” the IFC comedy starring Riki Lindhome and Kate Micucci as the musical duo who write and perform cute tunes with often randy lyrics.

“Frankie & Alice” stars Halle Berry as a dancer with multiple personalities and Stellan Skarsgard as the psychiatrist who helps make peace with her inner voices. Berry earned a Golden Globe nomination for her performance.

Yahoo! Screen follows the revival of “Community” with its first completely original series, a sports comedy about a Vegas pro basketball franchise owned by a brash, rash billionaire, called “Sin City Saints.” In Netflix fashion all eight episodes are available at once, but this is so tone-deaf and clumsy I doubt anyone will get that far.

Into the Woods, One Night, The Hobbit: The Battle of the Five Armies, Two Days, Welcome to New York