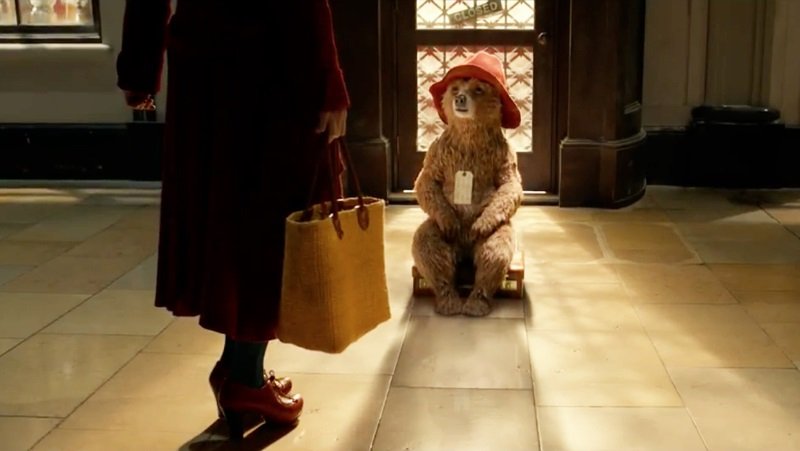 “Sons of Anarchy: Season 7,” the final season of the outlaw motorcycle drama that became a surprise hit for the FX network, is now available to Netflix, Amazon Prime, and Hulu Plus subscribers alike. Which means all three services offer the entire saga, a violent drama of family, brotherhood, loyalty, betrayal, and honor with Shakespearean dimensions (it opens as a leather jacket “Hamlet”) and tragic twists. It made Charlie Hunnam a bad boy icon and gave Katey Sagal the most ferocious role of her career, and the final season features guest appearances by Lea Michelle (of “Glee”), Marilyn Manson, and Courtney Love. See it on Netflix, Amazon Prime, and Hulu Plus. A longer review is here at Stream on Demand.

“Paddington,” based on the British storybooks of a gentle talking bear with a taste for marmalade, was a modest hit in the U.S. but a smash in Great Britain, where the books are beloved and the character practically a childhood institution. It is live action with Nicole Kidman doing villain duty and Paddington brought to life with CGI, and like the cuddly bear himself, it’s a gentle film with whimsical humor and a sweet disposition. The PG rating is for a spot of toilet humor (quite literally; Paddington has some trouble managing indoor plumbing). Also on Blu-ray and DVD and at Redbox, and VOD from iTunes, Amazon Instant, Vudu and Xbox.

A little less family friendly is the R-rated comedy “The Wedding Ringer” with Kevin Hart as a best man for hire and Josh Gad as the geeky groom he tries to make cool. It’s also on Blu-ray and DVD, available at Redbox and VOD from iTunes, Amazon Instant, Vudu and Xbox.

Also new: “The Gambler” with Mark Wahlberg as a college professor and compulsive gambler and the award-winning French-Canadian drama “Mommy,” plus the “The Boy Next Door,” a romantic thriller with JLo that is on track to sweep the Razzie Awards, handed out to the most flamboyantly bad films and performances of the year. All of these are rated R.

Available same day as theaters is “Ride,” a comedy with Helen Hunt and Luke Wilson.

The first of the month brings a new batch of older titles to the library, the kinds of things you may have missed the first time around or are curious revisit. Like Reese Witherspoon in the powderpuff law school comedy “Legally Blonde” (Queue it up) and the oddball based-on-a-true-story “The Prize Winner of Defiance, Ohio,” an interesting time-capsule drama with Julianne Moore as a 1950s housewife whose jingle-contest winnings keeps her family afloat (Queue it up).

And remember when Nicolas Cage actually made movies people went to see? “National Treasure” feels like a “Da Vinci Code” knock-off by way of “Raiders of the Lost Ark,” with American history and Knights Templar mythology stirred together. Just forget the dubious history and think of it as dumb, high spirited fun. Queue it up!.

The rock and roll crowd may enjoy Martin Scorsese’s 1978 concert movie “The Last Waltz” with The Band and friends (Queue it up!) and, to a lesser extent, “Jimi: All Is by My Side,” the recent biopic starring Andre Benjamin as Hendrix. It suffers from a lack original Hendrix songs (it’s all covers), which kind of messes with his creative history, but Benjamin is quite good as Hendrix both in and out of the spotlight. Queue it up!

For foodies, the new Netflix original series “Chef’s Table” goes into the kitchens of six of the most renowned culinary stars in the world. Queue it up!

And for those anxiously awaiting more adventures with Sheriff Walt and his Wyoming deputies, “Longmire: Season 3“—the final cable season of the series—is now on Netflix. Queue it up!

Kurt Russell was born ready for “Big Trouble in Little China,” John Carpenter’s genre bending action fantasy that throws smart talking trucker Russell into the Chinatown underworld of flying sorcerers, armies of martial arts monks, and demon monsters. It’s a total lark, directed with a delight for colorful spectacle and energetic action, with a touch of tongue-in-cheek humor via the oblivious efforts of Russell’s gung-ho would-be hero. Carpenter’s love of Asian martial arts spectacles and supernatural extravaganzas (from Bruce Lee’s “The Chinese Connection” to Tsui Hark’s “Zu: Warriors of the Magic Mountain”) didn’t catch on in the U.S. in 1986, but it’s since become a cult classic. See it on Amazon here.

The action has a much tougher edge in “Payback” (1999) adapted from the Richard Stark crime classic “The Hunter” and starring Mel Gibson as a career thief double-crossed by his partners. See it on Amazon here.

Fans of offbeat documentaries should check out Werner Herzog’s “Grizzly Man” (2005) the profile of a new-age Grizzly Adams whose quest to save the grizzly bears of Alaska ended when he was killed and eaten by his beloved cause. See it on Amazon here. Human flesh is also devoured in “Ravenous” (1999), a frontier cannibal horror with a streak of black comedy. See it on Amazon here.

Before the Duplass Brothers became the most absurdly prolific team in movies and on TV and cable, they were micro-indie filmmakers and their debut feature “The Puffy Chair” (2005) won the Audience Award winner at the 2005 SXSW Film Festival and was nominated for two Independent Spirit Awards in 2006. See it on Amazon here.

In “Barbershop” (2002), Ice Cube stars as a second generation barber shop owner who decides to sell his business to a local loan shark (Keith David), and realizes that his establishment does more than cut hair. “It’s our country club,” proclaims the shop provocateur (Cedric the Entertainer), a meeting place, a community center, where gossip and politics and insults co-exist in a free flow of uncensored conversation. On Hulu Plus here.

It’s a comedy with cultural resonance and would make a terrific double feature with the “spin-off” feature “Beauty Shop” (2005) with Queen Latifah as a cheeky beautician who buys a rundown shop (“Looks like somebody swallowed the seventies and threw it up in here !”) in the slums of Atlanta and forges a community out of the eccentric personalities that make up her staff and customers. In the same way as the like-minded “Barbershop,” the verbal dueling of scrappy dialogue and cutting remarks becomes the social currency, a way to bond, tease, play, and take a stand. Both are produced by Ice Cube’s own company Cube Vision. On Hulu Plus here.