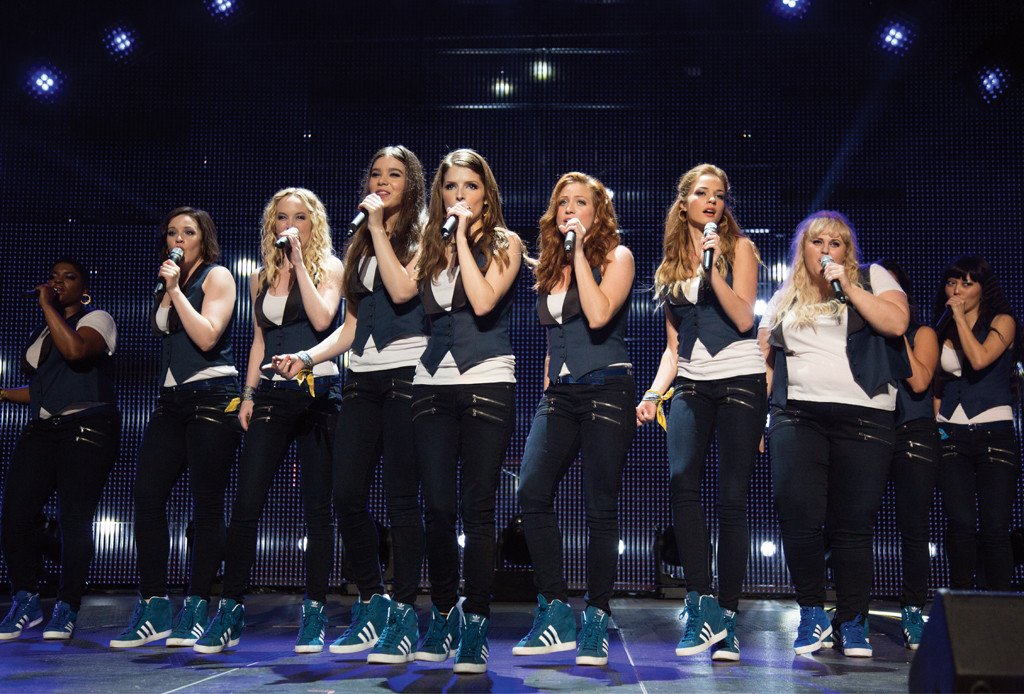 What’s new for home viewing on video-on-demand and Netflix, Amazon Prime, and other streaming services.

Pitch Perfect 2, the sequel to the surprise musical smash about a female a cappella group, sends Anna Kendrick, Rebel Wilson, and the gang to an international competition for a new round of romance, goofy antics, and friendship through harmonizing. PG-13 for innuendo and language. Also on Blu-ray and DVD.

Saint Laurent dramatizes the heyday of the influential French fashion designer in a film that suggests his personal life and his creative life were inseparable. Gaspard Ulliel and Léa Seydoux star in the French-language drama. R for nudity, sexual situations, language, and drug use. Reviewed on Stream on Demand here.

Available same day as select theaters nationwide is the inspirational documentary A Brave Heart: The Lizzie Velasquez Story about the anti-bullying activist. PG-13.

Dame Judi Dench goes blue collar to play Philomena (2013) and Steve Coogan (who co-wrote the film) is the journalist who accompanies her on the journey to find the son she was forced to give up for adoption when she was an unwed Irish teenager. The Oscar-nominated drama is rated PG-13 for language and adult themes. Queue it up!

Gotham: Season 1, the biggest and splashiest of the superhero TV shows to date, arrives as the second season launches on TV. Reviewed on Stream on Demand here or just queue it up!

Viola Davis took home the Emmy for Best Actress in a Drama for How to Get Away with Murder: Season 1. You can catch up on what you missed at Netflix. Queue it up.

Also new: VeggieTales in the House: Season 2 offers new episodes of the animated series of religious vegetables. It’s a Netflix original for small kids. Queue it up.

In Serendipity (2001), John Cusack and Kate Beckinsale meet cute in a New York department, lose each other, and spend the rest of the film searching for one another once again. PG-13. Add to watchlist, plus the romantic comedy is also on Netflix.

That Guy Dick Miller pays tribute to one of the busiest character actors of the last 60 years. If you don’t know the name, you may have seen his face in the films of Joe Dante (he co-stars in the Gremlins films) or dozens of Roger Corman movies (including the leading role of Bucket of Blood). If you love cult movies, you know Dick Miller. No rating. Add to watchlist.

Exodus: Gods and Kings, Ridley Scott’s take on the Biblical epic, stars Christian Bale as Moses leading his people out of slavery in Egypt. PG-13. See it here.

A Brave Heart: The Lizzie Velasquez Story, Exodus: Gods and Kings, Gotham: Season 1, Halloween (2007), How to Get Away with Murder: Season 1, Person of Interest: Season 4, Philomena, Pitch Perfect 2, Saint Laurent, Serendipity, That Guy Dick Miller, VeggieTales in the House: Season 2