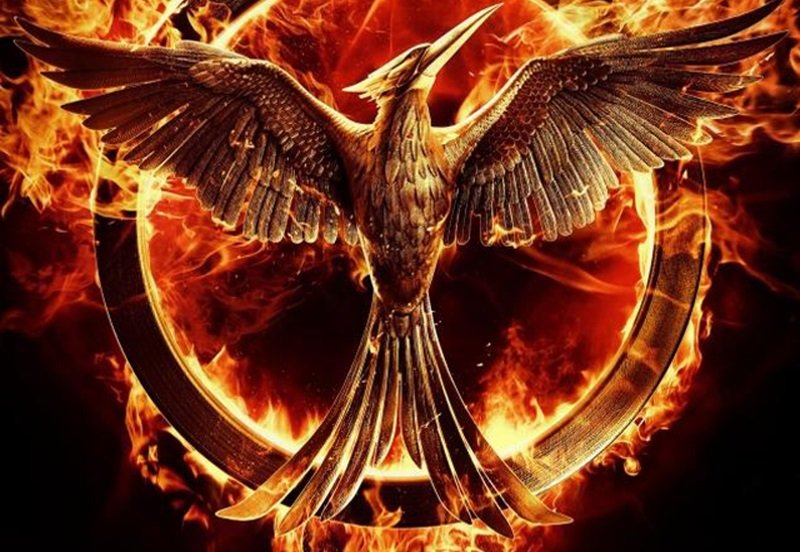 A new month and a new batch of streaming titles (including some returning films), including two with Johnny Depp in his more ambitious days.

In the 1997 undercover drama “Donnie Brasco” (1997) he’s an undercover FBI agent who infiltrates the mob and a heartbreaking performance by Al Pacino as a low-level mobster and big-shot wannabe, a sad, insecure little man under the pose of bravado and wise-guy posturing. And he plays playwright James M. Barrie in “Finding Neverland,” the story of his friendship with the sons of a young widow (Kate Winslet) and how their innocence and imagination inspires him to write “Peter Pan.”

As far as the classics go Martin Scorsese’s “Taxi Driver” (1976) is a landmark of the seventies with a timeless power. Read why here.

All three are available on Netflix and Amazon Instant Prime.

“The Hunger Games: Mockingjay, Part 1,” the third film in the big screen version of the young adult series, was the box-office hit of 2014. It’s the first half of a short novel but the filmmakers manage to create a surprisingly engaging film about rebellion, propaganda, media, and the emotional and psychological scars of war, all seen from the point of view of a young woman (Jennifer Lawrence) who becomes a symbol of resistance simply by surviving with courage, dignity, and compassion. Lawrence’s haunting rendition of the song “The Hanging Tree” will linger in your mind long after the film is over. It’s PG-13 and has some harrowing scenes so mind the younger kids.

See the trailer below.

“Foxcatcher” came away from the Oscars empty-handed but Steve Carell (acting from behind a distracting false nose) is unsettling as the unbalanced and willfully deluded multimillionaire John du Pont and Channing Tatum and Mark Ruffalo superb as Olympic wrestling champions the Schultz brothers. It’s a true story and a well-made film, but it isn’t necessarily pleasant. Rated R.

Also new: Kevin Kline is Errol Flynn in “The Last of Robin Hood” with Dakota Fanning and Susan Sarandon and Ewan McGregor and Brenton Thwaites are bank robbers in “Son of a Gun,” both rated R.

All caught up with the schemes of Francis Underwood on “House of Cards”? Because Netflix has a new series debuting this week: “Unbreakable Kimmy Schmidt,” originally developed for NBC by Tina Fey. Ellie Kemper (of “The Office” and “Bridemaids”) is all wide-eyed optimism and cheer as a 29-year-old woman let loose on the modern world after spending decades in the bubble of a doomsday cult and “30 Rock” alumnus Jane Krakowski is the wealthy and neurotic Manhattan housewife who hires Kimmy as a nanny. All 13 episodes of the first season are now available and a second season has already been ordered.

Also new is “The Red Road: Season 1,” a Sundance original series about the uneasy alliance between a small town sheriff and a member of a nearby Native American tribe (Jason Momoa, the warrior king of “Game of Thrones”‘s first season), and the mini-series “Houdini” with Adrien Brody as the legendary escape artist.

“Wings” (1927), the very first film to win the Academy Award for Best Picture, is now available in a beautifully-restored version. It’s a lively silent film with thrilling aerial stunts, a bubbly performance by Clara Bow, and a marvelous score with dynamic sound effects created in the old style by Ben Burtt, the man who designed the sounds of “Star Wars.”

One the way out: A number of Cartoon Network shows are leaving at the end of March so you have a few weeks to cram in viewings of “Adventure Time: Seasons 1-2,” a delightful series of great imagination and whimsical humor that children and parents alike can appreciate. For older audiences there are the Adult Swim shows “Children’s Hospital: Season 1-2,” a live-action parody of soap operas, and “Robot Chicken: Season 1-2,” a pop-culture skit comedy of action figures and stop-motion animation.

“Listen Up Philip” is a witty modern drama that evokes the literary world of the seventies, starring Jason Schwartzman as a self-involved young novelist and Jonathan Pryce as a literary legend who takes him under his wing. Elizabeth Moss co-stars and Eric Bogosian voices the omniscient narrator.