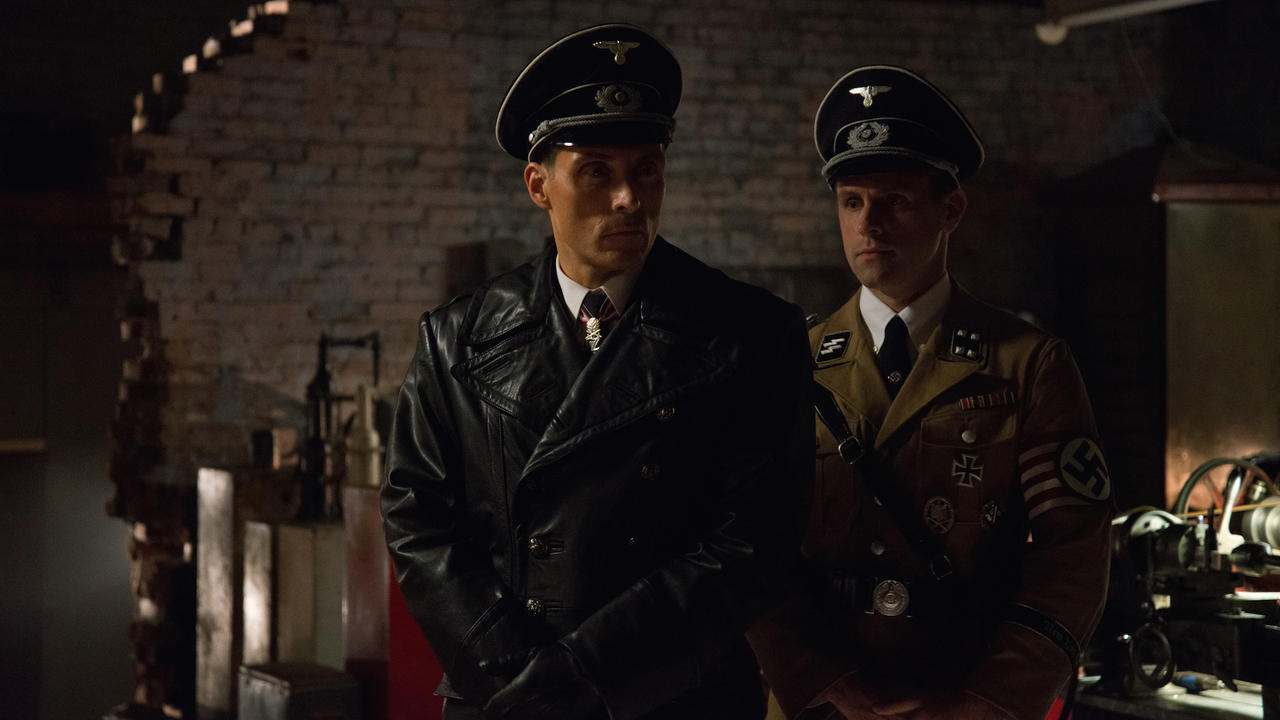 Two of the most anticipated original shows from the two biggest streaming services debut on the same day. This is streaming so it’s not a matter of choosing one over the other and Netflix clearly has the advantage in terms of subscriber base, but I wonder if there’s a way to see which of these shows proves to be more popular on opening weekend: Marvel’s Jessica Jones on Netflix or The Man in High Castle on Amazon Prime Video.

Marvel’s Jessica Jones: Season 1, the second Netflix Original superhero series, takes a chance one of one Marvel’s lesser-known characters for another dark, noir-tinged show set on the mean streets of Hell’s Kitchen introduced in Daredevil. Krysten Ritter’s Jessica Jones doesn’t wear a costume and doesn’t consider herself a hero but she has a brutal supervillain (played by David Tennant) fixated on tormenting her. It’s the second piece in what I call The Defenders Initiative—four shows featuring characters who will come together to form the superhero team The Defenders in a fifth series—and it introduces the star of the third piece: Luke Cage (Mike Colter), whose show debuts in 2016.

“Jessica Jones showrunner Melissa Rosenberg has taken Bendis and Gaydos’ hard-boiled private eye tale and made it even harder,” writes Alan Sepinwall for HitFix. “It’s by far the darkest and most adult of any of the current wave of comic book TV shows (Jessica’s swearing alone would make Agent Coulson blush), and instantly one of the best, even if it suffers at times from tunnel vision.”

And you can read an interview with showrunner Melissa Rosenberg on developing the show and the freedom to take it places you don’t see on network shows.

All 13 episodes now available. Queue it up!

The Man in High Castle: Season 1, the new Amazon original series developed by The X-Files veteran Frank Spotnitz from the award-winning novel by Philip K. Dick, is set in an alternate reality where the Axis won the war, the U.S is divided up by the victorious Germans and Japanese in a wary détente, and an underground resistance fights the power. The pilot has been available for months—it’s the Amazon way to let make viewers a part of the process of choosing which of its proposed shows to produce—and it is fascinating. While it takes liberties with the story, it’s the rare PDK adaptation that remains true to the spirit to the novel. The pilot episode was shot in Seattle, the other nine in the ten-episode season were made in Vancouver.

The New York Times TV critic Jamie Poniewozik describes it as “a Holocaust story. Mr. Spotnitz doesn’t minimize or cheapen the implications of this, but they are ghastly, and that may be a deal breaker for some viewers…. The result is bracing but shaky.”

Add to your Amazon watchlist.

Also new: the extreme mountain-climbing documentary Meru (R) and the drama We Are Your Friends with Zac Efron, which is now infamous for having one of the worst opening weekends in box office history (R).

Available same day as select theaters nationwide is the romantic comedy Man Up with Simon Pegg and Lake Bell (R), the action film Criminal Activities with John Travolta (not rated), and the cyber-bullying thriller #Horror with Chloë Sevigny (not rated).

River, a new murder mystery series from Britain starring Stellan Skarsgard as a police detective haunted by the ghosts of his victims, makes its stateside debut on Netflix. Six episodes now available.

Blue Caprice (2013), a drama based on the true story of the 2002 Beltway Shootesr, stars Isaiah Washington and Tim Blake Nelson. R.

The romantic drama People, Places, Things (2015) stars Jemaine Clement as a single father with twin who reenters the dating scene.

Non-fiction: the Kurt Cobain documentary Soaked in Bleach (2015) follows the trail of the private investigator looking into Cobain’s death and Dark Star: H.R. Giger’s World (2014) explores the life and work of the award-winning Swiss artist who, among other things, designed the alien artifacts of Alien.

Vikings: Season 3 sends the Scandinavian raiders to the New World.

Paul Schrader’s spy thriller Dying of the Light (2014), starring Nicolas Cage, was reedited without the participation of the director. He and the actors have distanced themselves for this version, but a new Schrader film is worth mentioning nonetheless.

Classics: also new to Amazon this week is Excalibur (1981), John Boorman’s glorious take on the King Arthur legend, Michael Mann’s The Last of the Mohicans (1992) with Daniel Day-Lewis, and Kathryn Bigelow’s modern vampire film Near Dark (1987).

Jacques Rivette’s legendary and long unavailable nouvelle vague epic Out 1 (1971), his 12 plus-hour story of rival theater groups, centuries-old conspiracies, and literary mysteries, was made for French television, which it decided not to show. So apart from the odd festival or Cinemateque screening, the film was unavailable… until it was restored and given its American theatrical premiere earlier this year. Now, as it continues to land showings across the country, Fandor has the complete Out 1 available to stream for the first time. Jean-Pierre Léaud, Bulle Ogier, Bernadette Lafont, and Michael Lonsdale lead the sprawling cast. In French with English subtitles.

The documentary The Latin Explosion: A New America looks at the artists who brought Latin flavors to American music and popular culture over the decades.

Listen to Me Marlon (2015) presents an intimate documentary portrait of the artist through rare audio recordings and video footage.

Crackle TV, a commercial-supported streaming service featuring movies and TV shows, adds its first major original dramatic series. The Art of More is a drama set in the dirty dealings of the high-end auction world where you can get any rarity for a price. Christian Cooke, Dennis Quaid, and Kate Bosworth star. All ten episodes of its debut season now available.

Crackle has also picked up Powers, the superhero series originally produced for the PlayStation network. Reviewed on Stream On Demand here.