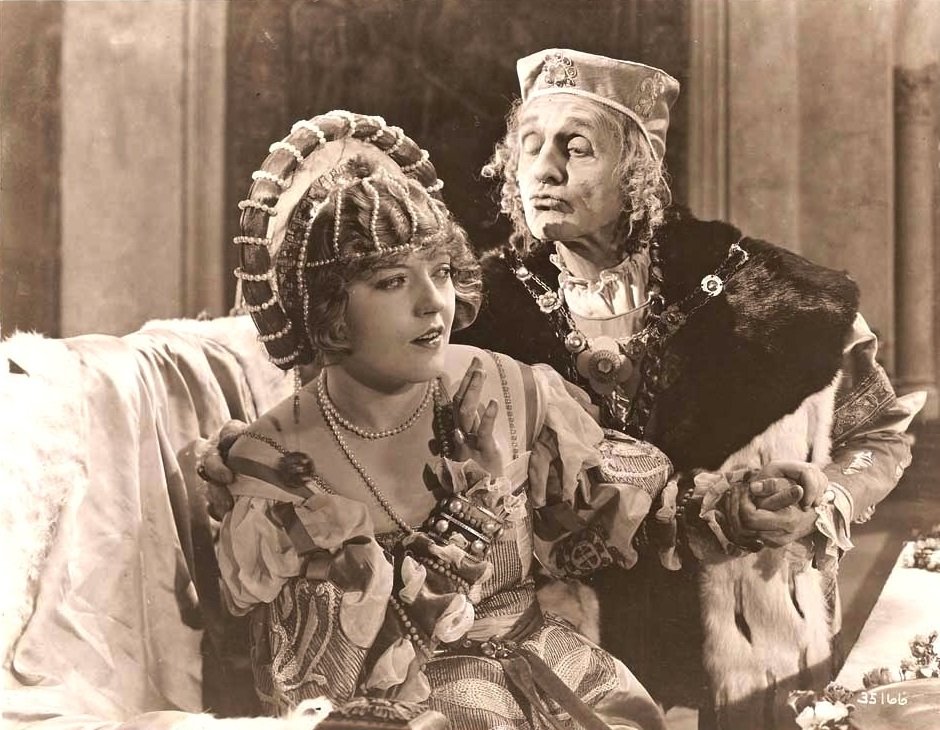 I’d always known Marion Davies is one of the most gifted comediennes of the silent era, thanks to her collaborations with King Vidor, The Patsy (1928) and Show People (1928), two magnificent comedies carried by Davies’ charisma and empathy as well as her easy way with comedy, and readily available on DVD thanks to the Warner Archive. But she became a superstar thanks to a series of costume pictures produced by newspaper mogul William Randolph Heart, who fell in love with the chorus girl and was determined to showcase her in “important” pictures.

When Knighthood Was in Flower (1922) was her biggest production to that time. She plays Mary Tudor, 16-year-old sister to King Henry VII (Lyn Harding) and a spirited princess in love with commoner Charles Brandon (Forrest Stanley), an impossible given the realities of royal diplomacy. She’s promised to the aged King Louis XII (William Norris), a wizened old monarch who wins the marriage lottery. There’s pageantry galore—vast sets, a big cast, and plenty of elaborate period costumes—and a lot of plot packed into the two-hour picture. It opens on a jousting match (talk about your sweet sixteen party games!) and it features back room scheming, secret trysts, swashbuckling swordplay in the streets, a magnificent royal wedding, and plenty of comic flourishes. It co-stars an impossibly young William Powell (in his second film) as a cad of a royal nephew, and ends with a grand nighttime set-piece with knights and royal guards galloping through the French countryside and torches handpainted bright yellow that jump out from the blue tints of the black and white production.

Yet what stands out most is Davies’s down-to-earth quality, a spirited, spunky American girl in the midst of European royalty. It’s the same qualities that made her such a great comic actress and it gives the historical drama an accessibility for American audiences then and now. This Mary Tudor isn’t just relatable, she’s sweet and likable, something of a dreamer yet practical, a representative of American equanimity in the status-bound hierarchy of old Europe. Even when she teases Henry and his court with coquettish flashes of leg and shoulder, there’s an innocence to it all. As history its malarkey, of course, which is no different than any of the costume dramas of its time, yet in its own way, amidst the comic flourishes and romantic twists, it stays true to the big, broad strokes of the historical record.

It was the most expensive production to date from Hearst’s Cosmopolitan productions and directed by actor-turned-director Robert G. Vignola, a filmmaker I frankly don’t know much about but who directed Davies in six films altogether and brings a spirited energy to this production. Originally released at 12 reels, it was cut for subsequent showing. This release features the complete restored version preserved by the Library of Congress. Ben Model produces the disc, mastered from preserved 35mm print and electronically tinted according to the instructions on the original reels with a digital recreation of the hand-painted flourishes of the final reel. It is a superb disc, with signs of age and wear but no major damage, and features an original score composed and performed by Model.

They can also be purchased directly from the Undercrank Productions website, which features many addition silent features and shorts on disc.