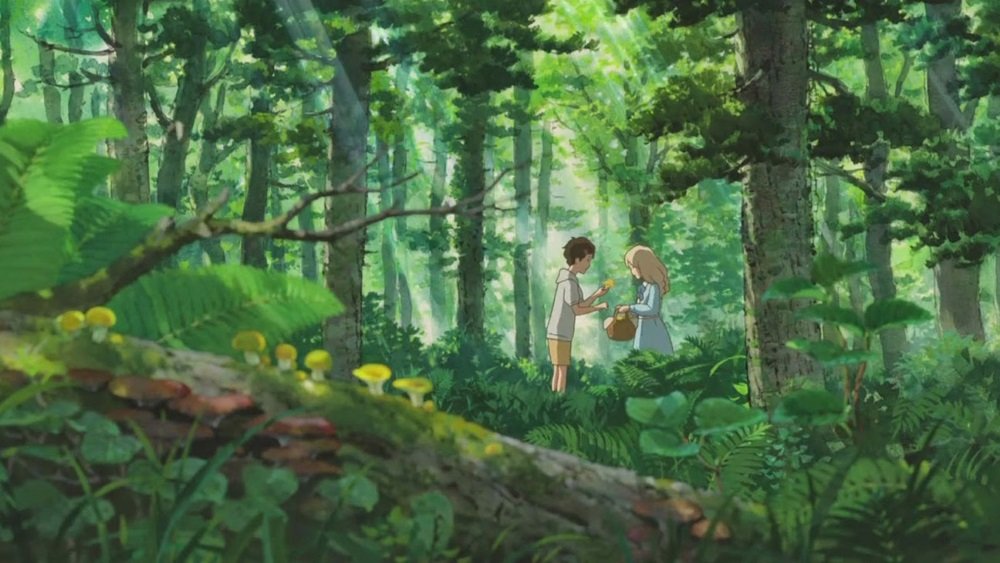 I hate to think that When Marnie Was There may be the last film to come out of Japan’s Studio Ghibli, the great animation studio created by filmmaker Hayao Miyazaki (Princess Mononoke, Spirited Away). Miyazaki didn’t direct Marnie—Studio Ghibli animator-turned director Hiromasa Yonebayashi helms this lovely tale—but the studio’s dedication to the art of hand drawn animation and quiet, calm, introspective storytelling is present in every frame of this film.

Based on the novel by Joan G. Robinson, it’s the story of a shy schoolgirl named Anna, an orphan who feels unloved and unwanted (all evidence to the contrary from a protective adoptive mother, who she calls “Auntie”) and is unable to make form with others, preferring to lose herself in sketching. Sent away to the country for her health, she meets Marnie, a blonde-haired, blue-eyed foreign girl who lives in the Marsh House, an abandoned manor on the sea that comes to life when Anna visits it one evening. “Are you real?” Anna asks on their first meeting, which is a fair question. Anna isn’t sure if Marnie is person, a ghost, or a dream and she doesn’t really care. There’s an emotional connection between them and Marnie sweeps her into her world, a fantasy life of magnificent parties and doting parents. It turns out to be more idealized fantasy than reality.

The Marnie adventures are an escape from her fears of social interaction and her crippling sense of self-doubt and inability to forgive her parents for abandoning her in death. It’s illogical and that’s the point: Anna can’t confess these terrible, unfair, yet very real feelings to anyone but Marnie, who shares her own disappointments in return. It’s the beginning of Anna’s healing. When a new family buys the Marsh House and their little girl discovers Marnie’s diary, the revelations continue the process in the most emotionally satisfying ways. When Marnie Was There is a gentle, touching story of confronting turbulent emotions that acknowledges that, however unfair, such feelings are real and cause real damage. It is also a delicately-told tale by Hiromasa Yonebayashi, who previously directed The Secret World of Arietty. Yonebayashi hasn’t the sense of wonder or fantasy that define Miyazaki’s films but he gently suggests the gravity of the drama and the turmoil of the emotional storm within Anna.

Also on Blu-ray and DVD, which features both Japanese and English language soundtracks plus a wealth of supplements.
When Marnie Was There [DVD]

When Marnie Was There [Blu-ray + DVD]