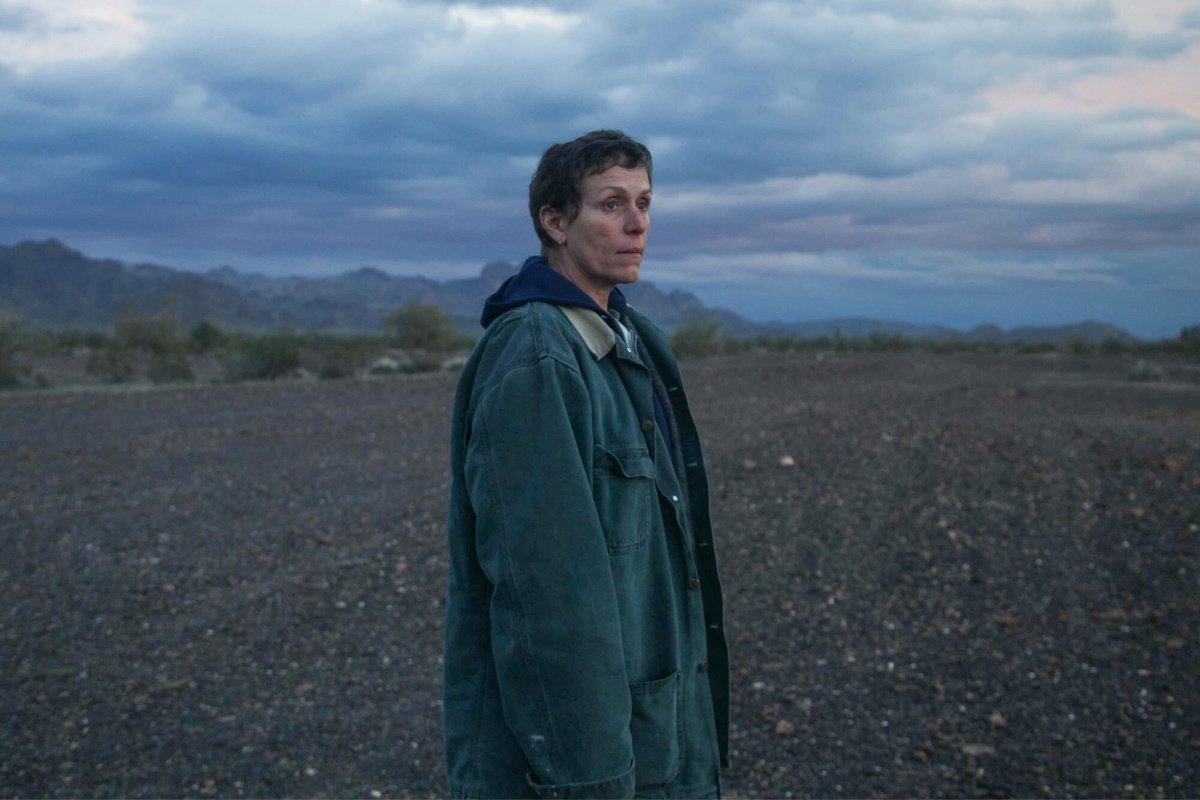 The statuettes were handed out at the 93rd Academy Awards on Sunday, April 25, capping an unprecedented year with the most unusual ceremony in my lifetime, necessitated by the times but still awkward.

The Oscars traditionally have offered a springboard for films to receive a second life in theaters and that is the case this year as well for many of the films, though circumstances still make theater attendance awkward if not downright discomforting. But this year more nominees than ever launched on streaming services simultaneous with limited theatrical release and now every winner is readily available to stream at home, many of them a click away on the streaming services that redefined the idea of television and are now competing with cinemas.

That’s the case with the big winner of the night. Nomadland, a poignant portrait of modern migrant life set over the course of a year as an itinerate worker moves from one seasonal job to another living out of her van, won the best picture, best director for Chloe Zhao (only the second woman to win the director prize and the first woman of color), and best actress for Frances McDormand (the third of her career) as the widow who lost her home in the recession and now drifts from one makeshift community to another. It streams on Hulu and is available for rent and/or purchase on VOD and on DVD and Blu-ray.

The biggest upset of the night went to Anthony Hopkins, who received the best actor award over favorite Chadwick Boseman and became the oldest Oscar winner in history at 83, for his role of a man painfully losing himself to dementia in The Father. The film, based on a stage play by Florian Zeller, also earned an award for the adapted screenplay by Zeller and Christopher Hampton. In theaters and available for rent and/or digital purchase on VOD.

Judas and the Black Messiah won awards for Daniel Kaluuya, who picked up best supporting actor for his powerful portrayal of Black Panther leader Fred Hampton, and best original song. It debuted on HBO Max, where it played for a limited 31-day run, and is now on VOD.

Youn Yuh-Jung became the first Korean actor to won an acting Oscar for Minari, an American independent film about a Korean-American family making a new life for themselves in the American Midwest. In theaters and available on VOD.

Soul, which won both best animated feature and best original screenplay, streams on Disney+. Another Round, the Danish midlife crisis comedy that won for best international feature, is on Hulu and best documentary winner, My Octopus Teacher, is on Netflix.

Netflix also has Mank, which was nominated for ten Oscars and won for cinematography and production design; Ma Rainey’s Black Bottom, winner for costume design and make-up and hairstyling, If Anything Happens I Love You, winner for animated short film; and Two Distant Strangers, which won for live action short film.

Sound of Metal, which won for sound and film editing, streams on Amazon Prime Video.

And you can stream short documentary winner Colette for free on YouTube.