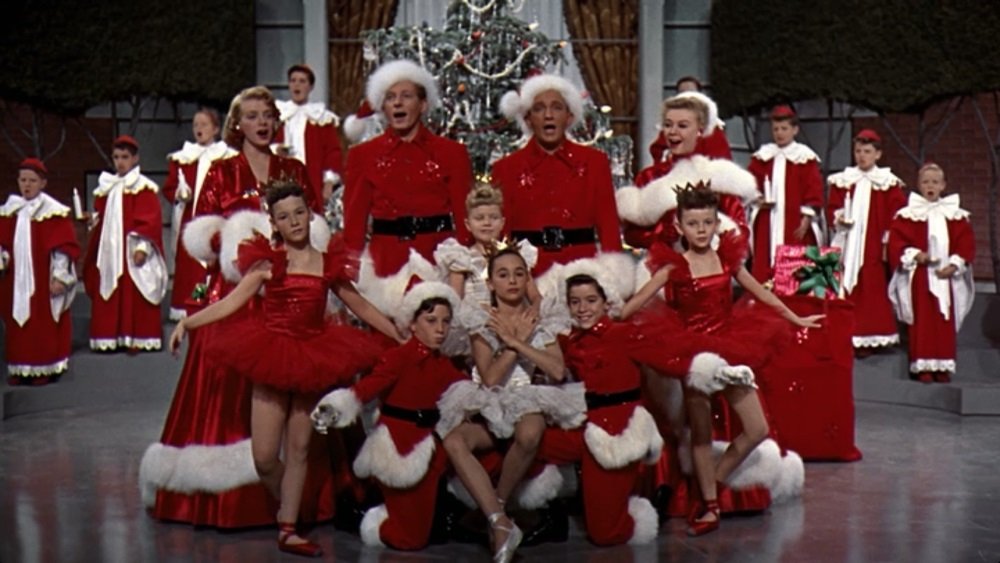 Irving Berlin’s iconic Christmas ballad “White Christmas” debuted in the 1942 musical for all seasons Holiday Inn, where Bing Crosby crooned it into the best-selling song of all time. It became such a standard—and a signature tune for Crosby—that it was recycled twelve years later for another Crosby film, this one adopting the hit song as both the film’s title and theme.

The lavish Technicolor production White Christmas (1954) stars Crosby and Danny Kaye as song and dance men who meet during a World War II USO show and become a major nightclub and Broadway act after the end of the war. Rosemary Clooney and Vera Ellen provide the love interest as a struggling sister act that the boys help out of a tight spot in Florida (they dress in drag and lip-synch to the girls’ signature number “Sisters” with feather fans and coy glances while the girls escape), and together they stage a revue to save a failing Vermont country inn owned by their beloved former commanding officer (Dean Jagger).

This 1954 holiday classic, directed by reliable studio hand Michael Curtiz (Casablanca), is sentimental, contrived and stiffly silly, yet it still charmed its way to become the biggest hit of its year, thanks largely to the Irving Berlin score, big studio production numbers and the relaxed presence of Crosby, who even calms down the usually hyperactive Danny Kaye.