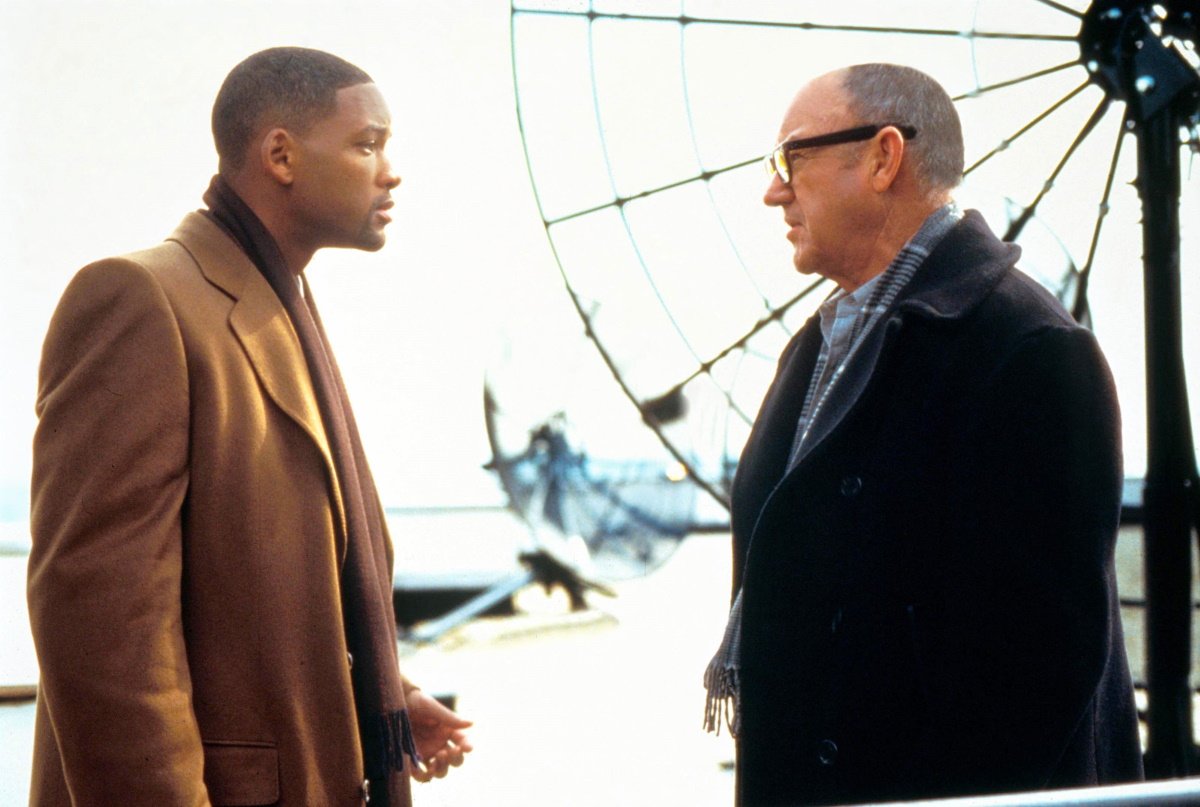 Big brother is watching you, and you’re in trouble because this time he’s enlisted the help of Generation X. Enemy of the State (1998) was one of the early action films to take the cyberthriller into the internet age, attempting to straddle the plausibilities of hacking and surveillance and the high-tech fantasies of spy thrillers.

Will Smith plays the innocent guy who is inadvertently swept up in a conspiracy and targeted by a rogue NSA agent (Jon Voight). Smith’s power player lawyer is all on board with a controversial proposal to allow the government unfettered access into all electronic communication until he’s the one targeted by the agent’s covert team of computer nerds and tactical hotshots (among them Jake Busey, Jamie Kennedy, Scott Caan, and Jack Black) who systematically destroy his life to discredit anything he might say. They are way too enthusiastic about it, as if he’s a video game avatar rather that a real person.

Tony Scott directs the slick action thriller and delivers everything you’d expect from an expensive, star driven spy thriller. He zips through the techno-babble and silly twists to deliver an adrenaline powered series of chases, frame-ups, and last minute escapes punctuated by the biggest explosions this side of Bikini Atoll.

But it’s the arrival of Gene Hackman as Brill, a former NSA flunky gone underground, that gives it all some weight. He’s like a burned out Harry Caul and his quiet authority carries some weight: we believe this guy has the chops and the smarts to take on the NSA. It becomes the young Turks and their video game mentality versus the burned out cold warrior who plays the players, not the game, and Hackman’s underplayed performance shows the kids how it’s done in every way.