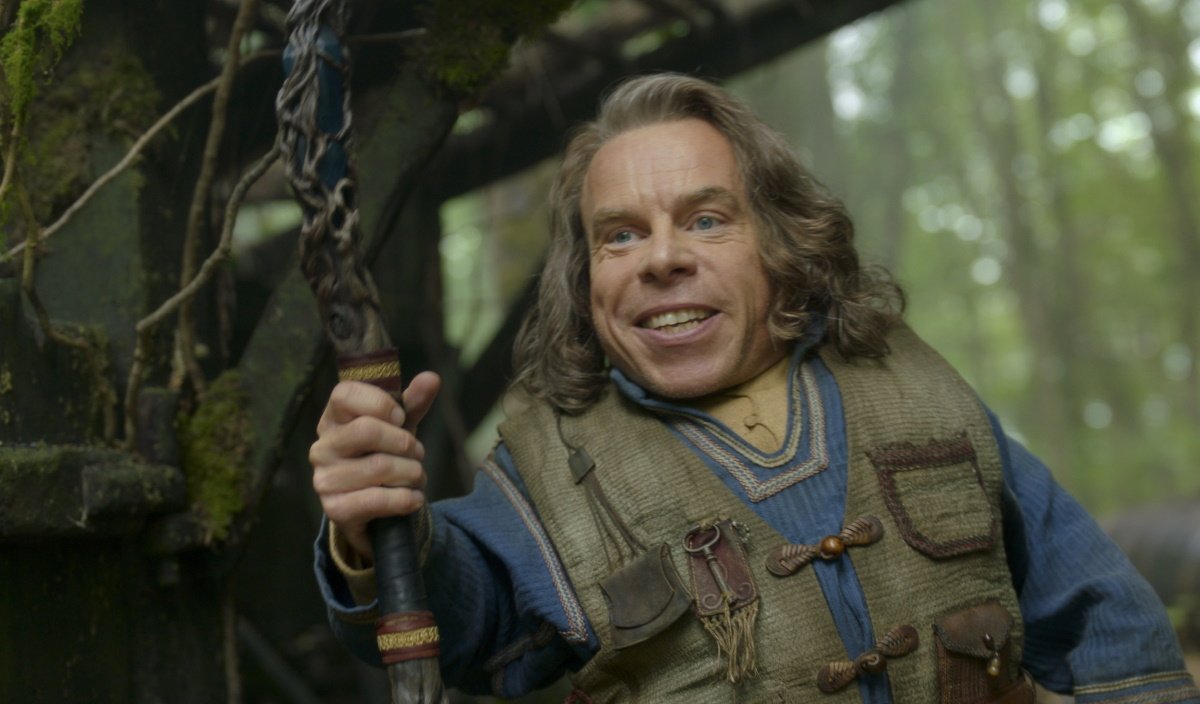 “Willow: Season 1” (TV-14), a sequel to the 1988 fantasy adventure, sends the sorcerer Willow (Warwick Davis, reprising his role) on a new quest leading a group of misfit heroes on a harrowing rescue mission through a magical world of brownies, sorcerers, trolls, and other mystical creatures. Ruby Cruz, Erin Kellyman, Ellie Bamber, and Joanne Whalley costar. New episodes on Wednesdays. You can also stream the original “Willow” (1998, PG) starring Val Kilmer and Joanne Whalley with Davis. (Disney+)

Emma Corrin and Jack O’Connell star in “Lady Chatterley’s Lover” (2022, R), a new adaptation of the classic D.H. Lawrence novel about the neglected young wife of an impotent Baronet who has an affair with the country estate gamekeeper. Director Laura de Clermont-Tonnerre embraces the agency of her heroine as well as the heat of their sexual chemistry. (Netflix)

The comedy “Irreverent: Season 1” (not rated) stars Colin Donnell as a criminal mediator who flees the Chicago underworld and reinvents himself as the new Reverend of a remote community in Australia. While he struggles to maintain his cover, the mob comes looking for him. P.J. Byrne, Susie Porter, and Tegan Stimson costar. All episodes streaming. (Peacock)

Arriving Saturday is the action comedy “Bullet Train” (2022, R) starring Brad Pitt as a reformed assassin trying to embrace peace while on a mission that pits him against a lethal collection of adversaries who will kill for his bounty, all stuck on the fastest train on the world. Brian Tyree Henry, Aaron Taylor-Johnson, and Joey King costar and David Leitch (“Atomic Blonde” and “Deadpool 2”) directs. (Netflix)

Writer/director James Gunn reunites the cast of the Marvel movies for a Christmas quest in “The Guardians of the Galaxy Holiday Special“ (2022, TV-14). (Disney+)

Brittany Snow and Justin Long star in the holiday romcom “Christmas with the Campbells“ (2022, not rated). Streams same day as theaters. (AMC+)

Classic pick: “Miracle on 34th Street“ (1947) with Maureen O’Hara and young Natalie Wood is one of the great Christmas movies and a perennial holiday favorite. (Peacock)

And there’s more: “A Hollywood Christmas“ (2022, TV-14) about a Christmas movie director who winds up living one of her movies (HBO Max);

True stories: Robert Downey Jr. pays tribute to his filmmaker father in “Sr.” (2002, R), directed by Chris Smith, and “Take Your Pills: Xanax” (2022, TV-14) looks at the complicated history of the anti-anxiety medication.

True crime: “Crime Scene: The Texas Killing Fields“ (TV-MA), the third season of the anthology series, looks at a series of unsolved murders going back decades.

A young girl (Riele Downs) must help the ghost of the school’s Queen Bee (Auli’i Cravalho) in the supernatural comedy “Darby and the Dead” (2022, PG-13).

The documentary “My So-Called High School Rank” (2022, TV-14) chronicles the musical theater production “Ranked” created by students channeling their stories of pressure in college admissions, and it abrupt halt when COVID stopped all public events.

“Diary of a Wimpy Kid: Rodrick Rules“ (2022, PG) is the second animated feature based on the books by Jeff Kinney.

Set in 1980s Paris, “Cheeky Business: Season 1“ (France, TV-14, with subtitles) tells the fictional story of the first adult messaging service (available through phone lines) and “The Promise: Season 1“ (France, TV-14, with subtitles) is a crime thriller starring Olivier Marchal as a police captain haunted by an unsolved case that is resurrected two decades later when his daughter investigates a similar crime.

The 25 “Screwball Comedy Classics” features some of the greatest romantic comedies of Hollywood’s Golden Age—Frank Capra’s Oscar-winning “It Happened One“ (1934) with Clark Gable and Claudette Colbert, Howard Hawks’ “Twentieth Century“ (1934) with Carole Lombard and John Barrymore, Leo McCarey’s “The Awful Truth“ (1937) with Cary Grant and Irene Dunne, Preston Sturges’ “The Lady Eve“ (1941) with Barbara Stanwyck and Henry Fonda—but be sure to explore some of the less famous picks in the line-up. Just to pick some of my personal favorites, try the working class romance “Me and My Gal“ (1932) with Spencer Tracy and Joan Bennett, small town farce “Theodora Goes Wild“ (1936) with Irene Dunne and Melvyn Douglas, Cinderella-in-Paris “Midnight“ (1939) with Claudette Colbert and Don Ameche, and rural mystery comedy “Murder, He Says“ (1945) with Fred MacMurray and a family of murderous hillbillies.

Award-winning indie filmmaker Sean Baker (“The Florida Project”) collaborated with Shih-Ching Tsou on his second feature “Take Out“ (2004, not rated), an immersive odyssey through the life of an undocumented Chinese immigrant struggling to get by on the margins of post-9/11 New York City. It’s presented with bonus filmmaker commentary, interviews, and deleted scenes.

25 years after the previous installment of the offbeat TV series, Lars Von Trier returns to his supernatural soap opera with “The Kingdom Exodus“ (Denmark, 2022, with subtitles). New episodes on Sundays.

The dark fairy tale “The Girl Without Hands“ (France, 2016, with subtitles) is presented in an expressionist style of hand-drawn animation and “Lady Vengeance“ (South Korea, 2005, with subtitles) is the final film in Park Chan-wook “Vengeance” trilogy.