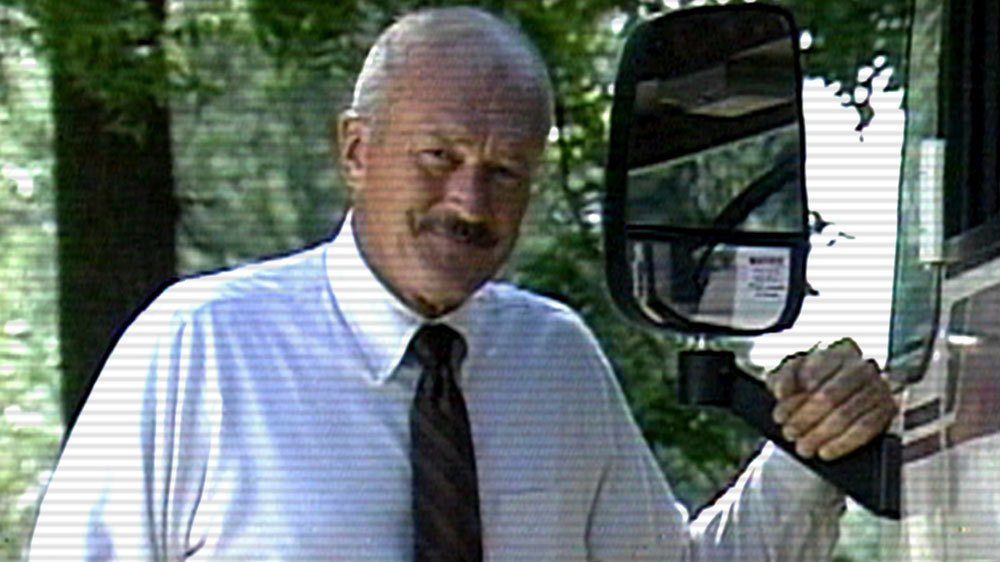 Winnebago Man (2009) – Jack Rebney may not be a household name, but to a small, fervent following he’s a cultural icon, known as “The Angriest Man in the World” or simply “Winnebago Man.”

His unique fame is the result of the original viral video, a montage of invective-laced outtakes from a Winnebago sales video that corporate pitchman Rebney wrote, produced and hosted. He flubs and forgets lines, fights with uncooperative panels and doors, lobs sarcastic comments at an unseen intern named Tony and lets his frustration pour out in uncensored streams. Originally passed around hand-to-hand on VHS tape dubs, it became a web sensation when some enterprising fan uploaded it to YouTube. What made the piece so much fun is not the language or the ire of the tirades, it’s Rebney’s delivery: ever the professional, he turns his tirades into a kind of performance art with a mix of creative cursing, self-effacing humor, crisp articulation and theatrical flair, much of directed at himself.

Ben Steinbauer’s portrait of the man and the phenomenon begins as a documentary cliché (“Who was this guy and where did he come from? I decided to find out.”) and his efforts to find Rebney (who has covered his tracks pretty well, according to a private detective) have the obligatory feel of a filmmaker falling back on the familiar tropes of a documentary detective story. But when he finally meets this friendly, welcoming, seemingly centered old man, living practically off the grid in the hills outside of Redding, CA, the film finally finds its real story: a character piece on a genuine character.

While he confesses that he’s aware of the viral video and is bemused by the notoriety (“for the life of me, truly I don’t understand its popularity”), there’s another Rebney under that calm front and welcoming demeanor, a self-proclaimed “crotchety old man” who is still sharp-tongued and angry, confesses that he was initially furious when he discovered the video and sees this film as a platform to get his ideas out there. What makes the film so enjoyable is how it keeps defying expectations in its survey of the rough edges, sharp mind and iconoclastic personality of this loner, not in big dramatic gestures but small revelations that bring out the human being behind the reputation and the front he chooses to show the public. If Steinbauer had confronted his own confused motivations as diligently as he digs into Rebney, he might have had a masterpiece, but the triumph of the unexpectedly warm and sweet film is that by the end, even the filmmaker’s motivations seem beside the point.

, iTunes, GooglePlay and/or other services. Availability may vary by service.
Winnebago Man [DVD]

The DVD from Kino Video features the original, complete 25-minute Winnebago Sales Video (which shows Rebney at his best) and a 16-minute featurette on the film’s New York City Premiere with special guests Michael Moore and Jeff Garlin.