Though technically a work of fiction, Winter Kills (1979, R) is the maddest and most entertaining of Kennedy conspiracy thrillers, a wild kaleidoscope of clashing theories directed with wit and performed with gusto by an astounding cast. Jeff Bridges is the half-brother of an assassinated President who digs up the “truth” 20 years later and John Huston is his snarling kingmaker of a Dad (imagine Joseph Kennedy by way of Howard Hughes) who keeps pointing him in different directions with every clue.

The crazy quilt is adapted from a novel by Richard Condon, the author of “The Manchurian Candidate,” with various (often contradictory) theories from the popular zeitgeist and a plot practically lifted from Orson Welles’ Mr. Arkadin. Bridges tracks down everyone from his brother’s inner circle while witnesses start turning up dead. William Richert adapted the novel and directs it with a strain of black comedy and part of what makes it so much fun is the great cast playing every character larger than life.

Anthony Perkins steals every scene he’s in as a ruthless efficient, cold-blooded information broker, Richard Boone gives a hearty performance as a grizzly of a family friend, and Sterling Hayden makes his entrance in a tank and proceeds to chase Bridges across a muddy field mired in war games. Eli Wallach, Sterling Hayden, Dorothy Malone, Tomas Milian, Belinda Bauer, Ralph Meeker, Toshiro Mifune, and an unbilled Elizabeth Taylor also show up for the fun.

It flopped in 1979 and was rereleased is a longer “Director’s Cut” in 1982. It never really found an audience in the theaters but it became a cult film, in part because it was so hard to see. Though not exactly camp, there is a crude flamboyance to everything and some very theatrical backdrops. It’s hard to take seriously but it sure is fun.

The film is now available on DVD from Lionsgate, but while it calls itself a “Special Edition” there are no supplements. Years before, Anchor gave the film its DVD debut in a real special editions with commentary by writer/director William Richert (a very entertaining track full of marvelous production stories) and a veritable Warren Report of supplements on disc two, including the documentary “Who Killed Winter Kills?” and interviews with Richert and Jeff Bridges. It’s out of print but not hard to find. 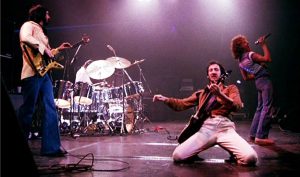 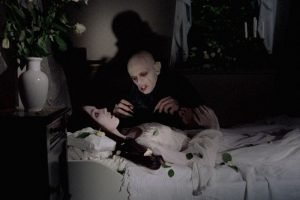