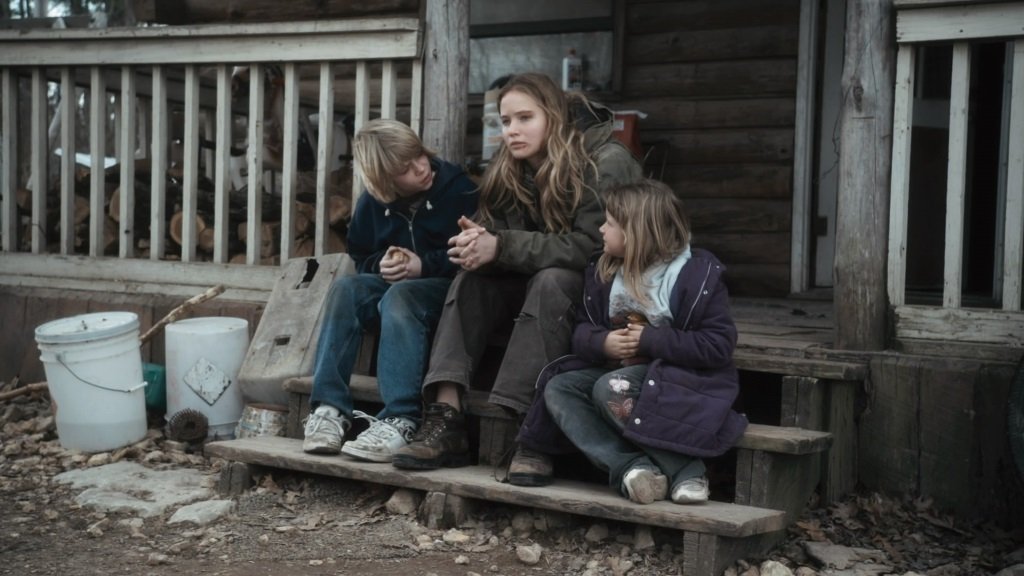 Debra Granik’s Winter’s Bone (2010), set in the crime and poverty of the Ozark Mountains, is a coming-of-age survival story in an outlaw culture where meth labs have replaced moonshine stills and the code of silence is enforced with pitiless finality.

Jennifer Lawrence was revelation as the 17-year-old Ree, who has grown up fast to take care of her incapacitated mother and two young siblings. Her father, caught up in the drug business, has gone missing and she has to track him down or lose the family home and property he put for his bail bond. This tough, guarded girl faces down scary adults (some of them ostensibly blood kin) because she hasn’t any other options and only her dead-eyed, drug-fueled uncle (John Hawkes, who looks like’s he’s aged 20 years since Deadwood) rises to occasion, taking on what looks increasingly like a rural mafia in the name of family.

Granik’s visceral sense of place and culture has the convincing detail of authenticity but it’s no documentary and she avoids any sentimentality of Southern rural poverty or kin loyalty. Beneath the fierce naturalism of the stark chilly/beautiful imagery and tough performances is a rural noir in an unforgiving world and Granik tells the story with great skill.

Garret Dillahunt plays the sympathetic sheriff, who is nonetheless treated as the enemy by the wary Ree, and Dale Dickey is the wife of the backwoods kingpin to whom Ree appeals when the men decide Ree’s efforts are getting in the way of business.

It won the Grand Jury Prize winner at the 2010 Sundance Film Festival and was nominated for four Academy Awards including Best Picture and Best Actress for the breakout performance of Jennifer Lawrence.

Add to My List on Peacock or stream free on Kanopy, which is available through most public and college library systems.

, iTunes, GooglePlay and/or other services. Availability may vary by service.
Winter’s Bone [Blu-ray]

The DVD and Blu-ray both feature commentary by Granik with director of photography Michael McDonough, who focus on the technical challenges and solutions of making the film on location, and a detailed 46-minute “Making of” documentary with revealing glimpses behind the scenes of the production. Also includes ten minutes of deleted scenes, a brief alternate opening and “Hardscrabble Elegy,” a song set to footage from the film.