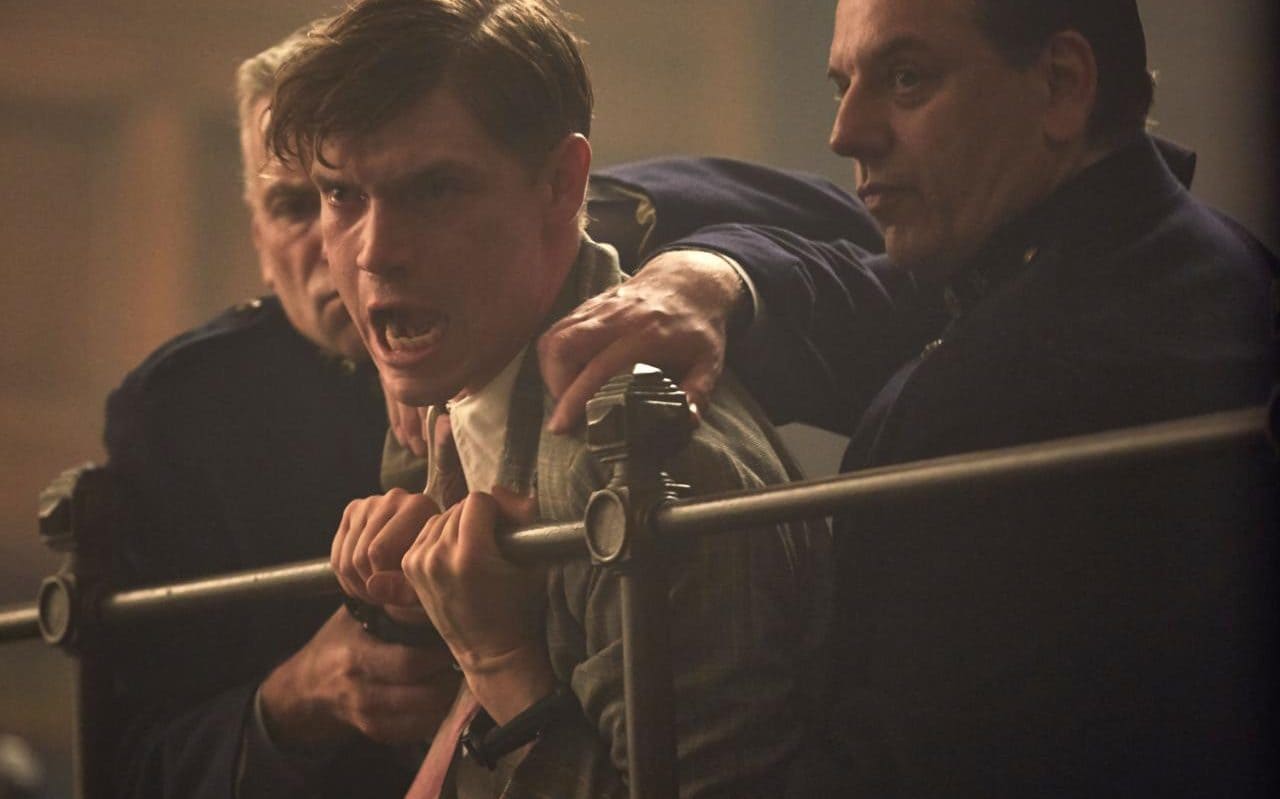 The British telefilm version of Agatha Christie’s Witness for the Prosecution (2016) returns to the original source material, in this case the 1925 short story, to create a very different version from the play and 1957 film.

It’s set in London after World War I where Leonard Vole (Billy Howle), a former soldier struggling to get by, is taken as a lover by a rich woman (Kim Cattrall) and is arrested for her murder. Toby Jones is barrister John Mayhew, also a former soldier (he blames his persistent cough on “gas damage”), and he believes the key to Vole’s defense lay in the testimony of Romaine (Andrea Riseborough), an Austrian showgirl who lives with Vole as his common-law wife, until she turns on him and testifies for the prosecution. Just when it looks like her testimony destroys his chances, evidence that undercuts her story and her credibility surfaces and turns the case around.

This production is a collaboration between Acorn (which owns the Agatha Christie estate) and BBC and like their 2015 And Then There Were None it upends expectations with a grim, serious tone and a story that follows the familiar plot of previous versions before surprising audiences with very different third act. It’s directed by Julian Jarrold, who gives it a dark palette and contrasts the decadence of the wealthy few with the desperation and poverty of the rest of the nation. The shadow of the war hangs over both Mayhew and Vole, and unlike the witty, brilliant barrister played by Charles Laughton in the great 1957 film, Jones’ Mayhew is a junior barrister who gets no respect from his boss and struggles in an unhappy marriage.

Watch it on Acorn TV

, iTunes, GooglePlay and/or other services. Availability may vary by service.
The Witness for the Prosecution (2016) [Blu-ray]

The Blu-ray and DVD releases feature over an hour of featurettes and interviews.