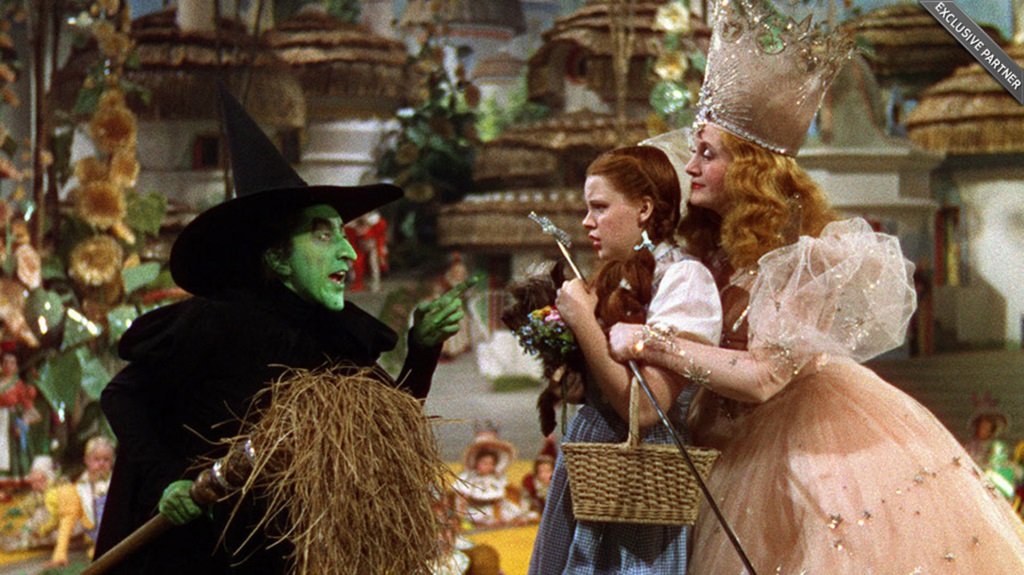 When gingham-clad farm girl Dorothy Gale rode the tornado out of the somber, sepia-tinged black and white of her Kansas dustbowl farm and into the sparkling Technicolor fantasy land somewhere over the rainbow, she changed the lives of her audiences (both then and now) as assuredly as she changed her own.

The Wizard of Oz (1939) was adapted from the first book in Frank L. Baum’s series of Oz adventures but MGM’s bright incarnation has a life all its own. MGM was the dream factory of the 1930s and 1940s and this was their most imaginative screen dream, but it’s Judy Garland who grounds the fantastic sights and delirious imagery in the human story of a winsome, plucky, melancholy girl who dreams of lands outside her humdrum neighborhood and, when that dream comes true, wistfully yearns for home.

Judy’s Dorothy embodies the fantasy of every child who dreamed of leaving the cocoon of their protected lives and spreading their wings. With her companions—the clowning but clever Scarecrow (Ray Bolger), the compassionate Tin Man (Jack Haley), and the blubbering Cowardly Lion (Bert Lahr)—she journeys along the yellow brick road through a land of magic and wonder, a butterfly blossoming in a candy-colored phantasmagoria.

More than a movie classic, it’s an essential part of the popular culture, thanks to film revivals and the annual TV ritual that, sooner or later, captured every kid growing up in the sixties and seventies. The love has since spread, with lavish DVD and Blu-ray sets preserving the glory of the singing munchkins (“We represent the Lollipop Guild…”), the cackling, green-faced Wicked Witch of the West (“I’ll get you my pretty. And your little dog too!”), the flying monkeys, and the merry, merry land of Oz for generations to come.

The moral of the story makes for a strangely conservative tribute to fantasy and imagination: “There’s no place like home,” Dorothy chants as she clicks the heels of her sparkling ruby slippers. But was anyone fooled by this sop to rural integrity and homespun values of modesty and restraint? Or did kids and grown-ups alike walk away from this scary, funny, thrilling, singing and dancing Technicolor blast of flying monkeys and talking scarecrows and melting green crones with a passion to break out of their monochrome lives and follow their own yellow brick road?

The film won two Academy Awards (in a year dominated by Gone With the Wind) for Best Music and Best Original Song: “Over the Rainbow” by Harold Arlen and E.Y. “Yip” Harburg.”

On Blu-ray and DVD in multiple editions. The Wizard of Oz was then and still is one of the great showcases for the astounding Technicolor film process, and the digital engineers went back to the original camera negative for the Blu-ray debut, mastered at twice the resolution of the previous digital master. The ruby slippers glimmer, the green of the wicked witch glows and the colors of Oz take on shades you may never have noticed before. Which also means the seams show more, but then that’s never been a problem in a film full of painted backdrops and artificial forests: a tribute to the dream factory of Hollywood that invited audiences to dream along with the film.

All the special editions are highlighted by commentary by historian John Fricke with selected archival audio comments by Barbara Freed-Saltzman (daughter of Arthur Freed), Margaret Hamilton, Ray Bolger, Jack Haley, Ken Darby (orchestral and vocal arranger), John Lahr (son of Bert Lahr), Jane Lahr (daughter of Bert Lahr), Hamilton Meserve (son of Margaret Hamilton), William Tuttle (make-up artist), Buddy Ebsen, Mervyn LeRoy, John Lee Mahin and Jerry Maren and the excellent 1990 cable documentary The Wonderful Wizard of Oz: The Making of a Movie Classic hosted by Angela Lansbury. They also include the TV special Memories of Oz, featurettes “The Art of Imagination: A Tribute to Oz” and “Because of the Wonderful Things it Does: The Legacy of Oz,” the technical featurette “Prettier Than Ever: The Restoration of Oz,” composer Harold Arlen’s on-set home movies, outtakes and deleted scenes, tornado special effects tests, vintage featurettes from MGM studio archives, the animated “We Haven’t Really Met Properly…,” supporting cast profile gallery (narrated by Angela Lansbury) and an extensive stills gallery, over six hours of audio-only treasures (including an “Oz jukebox” of recording session materials, radio shows and promos), “Off to See the Wizard,” “The Wonderful Wizard of Oz” storybook (read by Angela Lansbury ), and the trailer.

Deluxe editions also offer the documentary L. Frank Baum: The Man Behind the Curtain and a collection of previous adaptations of Frank L. Baum’s “Oz” books, including a restored edition of the 1925 silent Wizard of Oz with Oliver Hardy and Larry Semon (featuring a fully orchestrated score by Robert Israel) and the 1910 The Wizard of Oz, as well as The Magic Cloak of Oz (1914), His Majesty, The Scarecrow of Oz (1914), and the 1933 cartoon “The Wizard of Oz.”

The Wizard of Oz: 75th Anniversary Collector’s Edition adds four hours of new supplements, including the documentary on director Victor Fleming, Master Craftsman, the 1990 TV-movie The Dreamer of Oz starring John Ritter as author L. Frank Baum and restored editions of the 1914 silent films The Magic Cloak of Oz (featuring footage not available in the previous release) and The Patchwork Girl of Oz, among the supplements. The box set also includes a reproduction of the original campaign, exploitation, and press books, an exclusive mini coffee-table book and a Wizard of Oz watch. 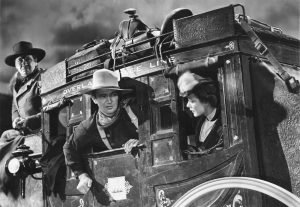 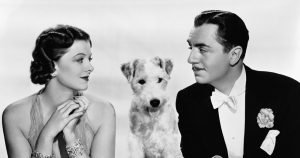